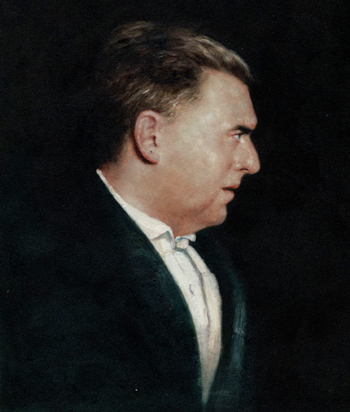 Composer Erwin Schulhoff, who perished in the Holocaust, wrote in his 1919 avant-garde music manifesto: The idea of revolution in art has evolved for decades…This is particularly true in music, because this art form is the liveliest, and as a result reflects the revolution most strongly and deeply — the complete escape from imperialistic tonality and rhythm, the climb to an ecstatic change for the better.

“I love that quote,” violinist Annie Fullard said during a telephone conversation. “It’s so upsetting that Schulhoff’s life was cut short.” On Friday, December 4 at 8:00 pm in Mixon Hall at the Cleveland Institute of Music, the Cavani Quartet (Annie Fullard and Mari Sato, violins, Kirsten Docter, viola, and Merry Peckham, cello) will perform two pieces by Schulhoff — Divertimento for String Quartet, Op. 14 and String Sextet — as part of a CIM Violins of Hope Faculty Recital.

The concert will also include Antonín Dvořák’s Cypresses with Robert Conrad as narrator, and the traditional Hebrew melody Ani Ma’amin (“I Believe”). The Cavani will be joined by guest artists  Rebecca Albers, viola, and Julie Albers, cello. A pre-concert lecture with composer Oded Zehavi (Israel Institute Schusterman Visiting Artist) and Holocaust survivor Jacqueline Mendels Birn will begin at 7:15. 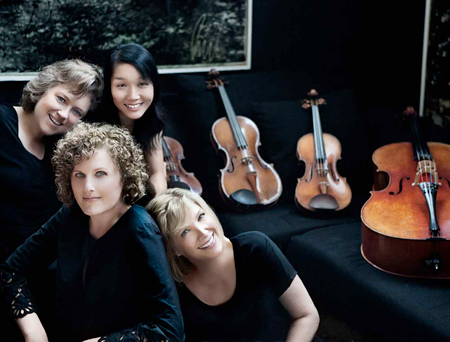 The Violins of Hope Cleveland project centers around a collection of nineteen violins currently on display at the Maltz Museum of Jewish Heritage. The instruments have been lovingly restored by Israeli luthier Amnon Weinstein as a living memorial to those who perished under the Nazis. During Friday’s concert, Annie Fullard will perform on the “Auschwitz” violin, and Mari Sato will perform on the “Haftel” violin. “Amnon was very generous, and he told me that I should try as many of the instruments as I could. He does want them to be played, because their bigger meaning comes to life when they are played.”

Fullard first tried the instrument that belonged to Heinrich Haftel, who served as a first violinist in the Vienna Concert Orchestra before the Nazis made it impossible for him to make a living. Haftel went on to serve as a member of the Palestine Symphony Orchestra, a forerunner of today’s Israel Philharmonic Orchestra.

“The curator of the exhibit brought out another instrument that she said was the ‘Auschwitz’ violin,” Fullard recalled. “I picked it up and started to play it, and I felt a tremendous sadness that was overwhelming. I actually couldn’t stop playing it. It has a presence, a voice.” The owner of the violin is not known, and Fullard said it is astonishing that Amnon Weinstein was able to put it back together and give it life. 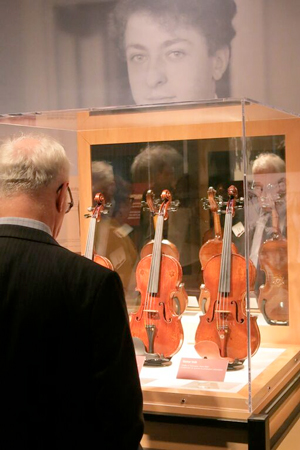 A particularly moving discovery for Fullard occurred when she visited the Violins of Hope exhibit and read about one of the survivors of Auschwitz, violinist Henry Meyer. “He’s quoted as saying, ‘Music kept me alive; there is no doubt about it.’ It made it even more personal for me that this person managed to survive by playing. The fact that more than a million people were murdered at Auschwitz is impossible to fathom. But to play on this instrument gives voice to those souls. Meyer was in the men’s camp orchestra, and he went on to co-found the LaSalle Quartet.”

Part of the mission of Violins of Hope Cleveland is to feature music by composers from the Holocaust. Fullard looks forward to performing the two works by Czech composer Erwin Schulhoff, who died of tuberculosis at the Wülzburg concentration camp in August of 1942.

“His music has had a kind of renaissance,” Fullard pointed out, “and I like it very much.  It has an intense personality in the way that he uses rhythmic textures. The Divertimento is an early work which sounds almost like salon music. The Sextet came later and is very dark — he uses the two cellos in their lowest register. He also loved to incorporate jazz and blues into his works. I think it felt rebellious to him. I can only imagine what he could have done as a composer if he had survived.”

Schulhoff’s musical studies began at the age of ten with the encouragement of Antonín Dvořák. To honor that relationship, Fullard said the Quartet wanted to program a work by Dvořák that matched the spirit of Schulhoff’s Divertimento. “Cypresses is a set of love poems with titles like ‘I Know That on My Love to Thee’ and ‘Nature Lies Peaceful in Slumber and Dreaming.’ They’re over-the-top bad romantic love poems. Robert Conrad will read each poem before we play. He’s a dear friend and has the greatest voice in radio.”

Fullard also looks forward to reuniting with the sisters Julie and Rebecca Albers. “We’ve known both of them since they were very young. We love them and there’s always a very familiar quality in the way that we work together that makes for very good music making.” 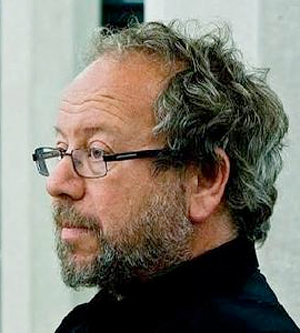 The pre-concert lecture with Israeli composer Oded Zehavi and Holocaust survivor Jacqueline Mendels Birn, who is also a cellist, promises to be powerful and informative. “Oded is a joyful person and a wonderful composer, and it’s been incredible having him at CIM,” Fullard said. “He’ll be interviewing Jacqueline, and I’m sure it will be quite moving. It puts a real face on an unfathomable episode in human history.”

Fullard’s sister-in-law and Mendels Birn play together in a quartet, and on every January 27 they commemorate the liberation of Auschwitz by performing at the United States Holocaust Memorial Museum. “Jacqueline’s family lived in Paris, and they tried to escape the Nazis by hiding in an apartment with no water or electricity. Growing up there was always music in her house, and she writes in her memoir about how music carried her through the times of greatest stress. I felt that there was a connection here with the Violins of Hope.”

Friday’s concert also coincides with CIM’s annual Chamber Music Festival (check our concert listings page for days, times, and locations), which Fullard said is all about the life that students bring to the building. “The whole ethos of all of them working together as a team, playing the masterpieces of music, is extraordinary. I want everybody to come and hear them because they are the hope for the future. People creating art together also gives meaning to the Violins of Hope because we cannot afford to move in the direction of devaluing the life of anyone. We know that artists can celebrate culture, and connecting with each other is how we keep our humanity.”

Supported by engagingly, yet simple staging by Cara Consilvio, a well-prepared cast of singers told the archetypal story of Cinderella with charm and flair. Framing the production was  a sparse but colorful set and wonderful lighting by Dave Brooks. END_OF_DOCUMENT_TOKEN_TO_BE_REPLACED

END_OF_DOCUMENT_TOKEN_TO_BE_REPLACED

The music isn’t easy to play, either. Over the course of two hours, all of the musicians brought fantastic focus to the unrelenting tricky rhythms and countless layers of parts, all of which require a high level of individual responsibility. Even in the moments of calm, the accompaniment remains perpetually unsettled. Adams — who made a sprightly presence on the podium — combines minimalist, repeating motives in gradual layers, which eventually become so dense they overwhelm the senses. Lisa Wong deserves special mention for her thorough preparation of the Cleveland Orchestra Chorus, as does Jennifer Rozsa for the Children’s Chorus, which made a brief but memorable appearance in the last few minutes. END_OF_DOCUMENT_TOKEN_TO_BE_REPLACED