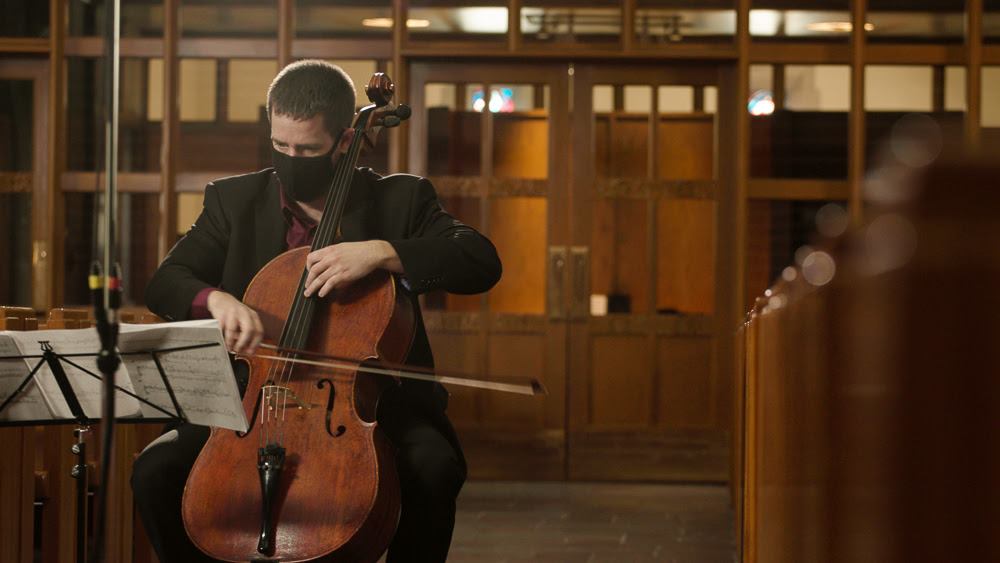 Ellis writes: “This performance…is my way of giving back to the composers and community who have inspired me over the years as director of Earth and Air: String Orchestra.” The program is performed in memory of his father, Lloyd H. (Sandy) Ellis, Jr., who passed away a year ago tomorrow.

LOCAL GROUPS ADJUSTING TO THE PANDEMIC:

Over the weekend, the Cleveland Chamber Choir reflected on their path since the arts world changed in March, from virtual-only performances that mix together individual voices, to more recently following a collection of best practices for choral rehearsal and performance that were put together by a coalition of 125 arts organizations. But due to the resurgence of COVID-19, they’re now returning to the virtual route for a concert in December — a month that will also bring their first album. Read more on their website.

And as the holidays arrive at a time when “the numbers,” as they say, are getting much worse, Opus 216, is preparing to offer “Pay-What-You-Can Zoom concerts and recordings for families and loved ones separated by the pandemic.” More info to come soon on their Facebook.

Paul Hindemith — that celebrated composer of the first half of the 20th century who was also a violist, conductor, and important music theorist and compositional pedagogue — was born on this date in 1895 in Hanau, Germany. His greatest works include the opera Mathis der Maler and the Symphonic Metamorphosis of Themes by Carl Maria von Weber, but going just slightly off the beaten path, wind players owe him a debt of gratitude for several major works of chamber music.

And for a different and compelling take on standard repertoire — in this case Hindemith’s wind quintet — one can turn as usual to the Carion Quintet, that Danish-Latvian ensemble known for performing with choreography, and without chairs and stands. In this video of the first movement, they add even more theatricality: their performance is paralleled by a silent film that presents the music as a metaphor for disagreement — and maybe reconciliation — among the players. (Below: a horn solo as frustration.)

Not such a bad thing, as it turns out. “Building Bridges Together,” which debuted as a video production on November 21, combined the strengths of two fine Cleveland performing arts organizations in a beautifully edited virtual event — bringing them into the same performing space for the first time through digital means. END_OF_DOCUMENT_TOKEN_TO_BE_REPLACED