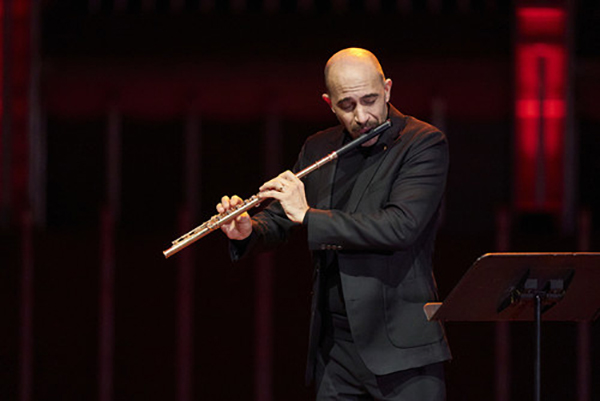 STREAMING ON THE WEB TODAY:

Also at 7:00 pm, it’s “Tuning In” presented by the Local 4 Music Fund. The ensemble “Nous,” features Howie Smith (sax), Theron Brown (keyboards), and Aidan Plank (bass) in a program to be announced. The Bop Stop event is free but donations are welcome. Click here at start time.

A half-hour later at 7:30 pm, Les Délices debuts Machaut’s Lai of the Fountain. Guillaume de Machaut’s flowing melodies become brilliant rainbows when refracted into three-voice canons in this 14th century piece. The program also features works by Johannes Ciconia and others to aid your exploration of the Medieval garden’s subtle beauty in this collaboration with Boston’s Blue Heron. There’s also a pre-concert conversation with Machaut scholar Domenic Leo and projection designer Camilla Tassi, and a live Q&A with the artists. Click here to read our preview article and here for tickets.

In other news, the Akron Symphony Orchestra has announced the debut of a new podcast channel, Symphosium, which will focus on all things related to classical music. The first podcast episode, ASO Goes Electric: Sam Petrey, is part of a collaboration with Akron-based EarthQuaker Devices where ASO musicians visited EarthQuaker’s studio to be recorded performing with a variety of effects pedals. The series includes Sam’s video, which you can view on EarthQuaker’s YouTube page.

Today we remember three composers of note who took their leave of this world on April 8.

Who doesn’t like a Donizetti aria? One crowd pleaser is “Ah! Mes amis … Pour mon âme” (the one with nine high Cs) from La Fille du Régiment. Click here to witness the rare encore performance at the Metropolitan Opera by tenor Javier Camarena (that brings the total count of high Cs to eighteen). Read the New York Times review here.

Another aria sure to inspire the crowd is the “Mad Scene” from Lucia di Lammermoor. Natalie Dessay gives a stunning performance here.

It was the Spanish Flu that took composer Charles Tomlinson Griffes’ life in 1920 at the age of 35 in New York City. His most famous work is his 1915 piano piece, White Peacock, which he then orchestrated in 1919. Other compositions include his Piano Sonata, The Pleasure Dome of Kubla Khan (based on a poetic fragment by Samuel Taylor Coleridge), and Poem for Flute and Orchestra.

In addition to many programmatic pieces for piano, chamber ensembles, and voice, it is his unpublished Sho-jo (1917) — a one-act pantomimic drama based on Japanese themes —  that makes him one of the first American composers to draw direct inspiration from Japanese music. Pianist Michael Lewin plays The Pleasure Dome of Kubla Khan here.

Last but not least, we pay our respects to American organist and composer Arthur William Foote, who died in Boston in 1937 at age 84. Foote was a member of the select group of composers known as the Boston Six which included George Whitefield Chadwick, Amy Beach, Edward MacDowell, John Knowles Paine, and Horatio Parker.

Foote was appointed organist of the First Church in Boston (Unitarian) in 1878, a position he held for 32 years. During his tenure he was an editor of Hymns of the Church Universal, published in 1890. He was also a founder of the American Guild of Organists.

Most of his catalogue is chamber music — A Night Piece for flute and string quartet immediately comes to mind (here’s a performance by Joshua Smith and the Cavani Quartet at CIM in 2008). But his Second String Quartet from 1893 is a gem. Listen to a performance by the Da Vinci Quartet here.

For its latest In Focus episode, “Visions and Impressions,” The Cleveland Orchestra makes a gesture in the direction of welcoming winds back into the action, although principal flute Joshua Smith’s contribution to the event comes in the form of two unaccompanied pieces that leave him looking very lonely on the Severance Hall stage. END_OF_DOCUMENT_TOKEN_TO_BE_REPLACED

LD’s artistic director Debra Nagy introduces the hour-long program with a discourse on the importance of the garden and its centerpiece, the fountain, for artists and musicians of the 14th century. Later in the program, Blue Heron artistic director Scott Metcalfe expands on the subject by exploring the Trinitarian metaphor behind that bubbling source of water in the Medieval mind. END_OF_DOCUMENT_TOKEN_TO_BE_REPLACED

END_OF_DOCUMENT_TOKEN_TO_BE_REPLACED

The latest program, which visits the ghetto and palace at Mantua and the ghetto and church at Venice, uses expressive instrumental music by Salamone Rossi, Giuseppe Sammartini, Antonio Vivaldi, and Alessandro Marcello, two of Benedetto Marcello’s 50 psalm settings, and Hebrew prayers and songs associated with Passover and Purim to evoke the rich cultural life of those towns. END_OF_DOCUMENT_TOKEN_TO_BE_REPLACED