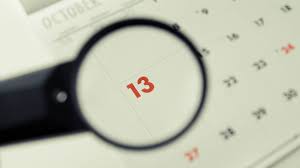 Oberlin Opera Theater Professor Christopher Mirto remembers “The Puppy Episode” as one of the funniest TV moments of his life. Actually a two-part episode of Ellen DeGeneres’ eponymous sitcom that aired in spring 1997, “The Puppy Episode” marked—in hilarious fashion—the long-rumored coming out of the program’s central character as well as the comedian who portrayed her.

Now a new opera inspired by the watershed moment will receive its world premiere at Oberlin: The Puppy Episode, composed by Matthew Recio with libretto by Royce Vavrek, will be presented in two performances Wednesday and Thursday, February 16 and 17, in Warner Concert Hall. Each performance begins at 7:30 p.m. Click here to read Erich Burnett’s article.

According to the website Angel Number, the number 13 represents the combined energy of the numbers 1 and 3. It is a number with very strong symbolism and has great power.

Number 1 has a vibration of new ideas, new beginnings, progress and individuality, while the number 3 symbolizes passion, motivation, optimism, self–expression, inspiration. Number 3 is also the number of the Ascended Masters.

In honor of this date we’ve created a playlist of 13 works that contain the number 13 in the title.

1) J.S. Bach’s Prelude and Fugue in F-sharp No. 13 from The Well Tempered Clavier, Book 1 performed by Sviatoslav Richter.

2) Shostakovich’s Prelude and Fugue No. 13 in F-sharp, op. 87 performed by the composer.

4) Haydn’s Symphony No. 13 in D— The Academy of Ancient Music, conducted by Christopher Hogwood.

6) Mozart’s Symphony No. 13 in F with the Berliner Philharmoniker under the direction of Karl Böhm.