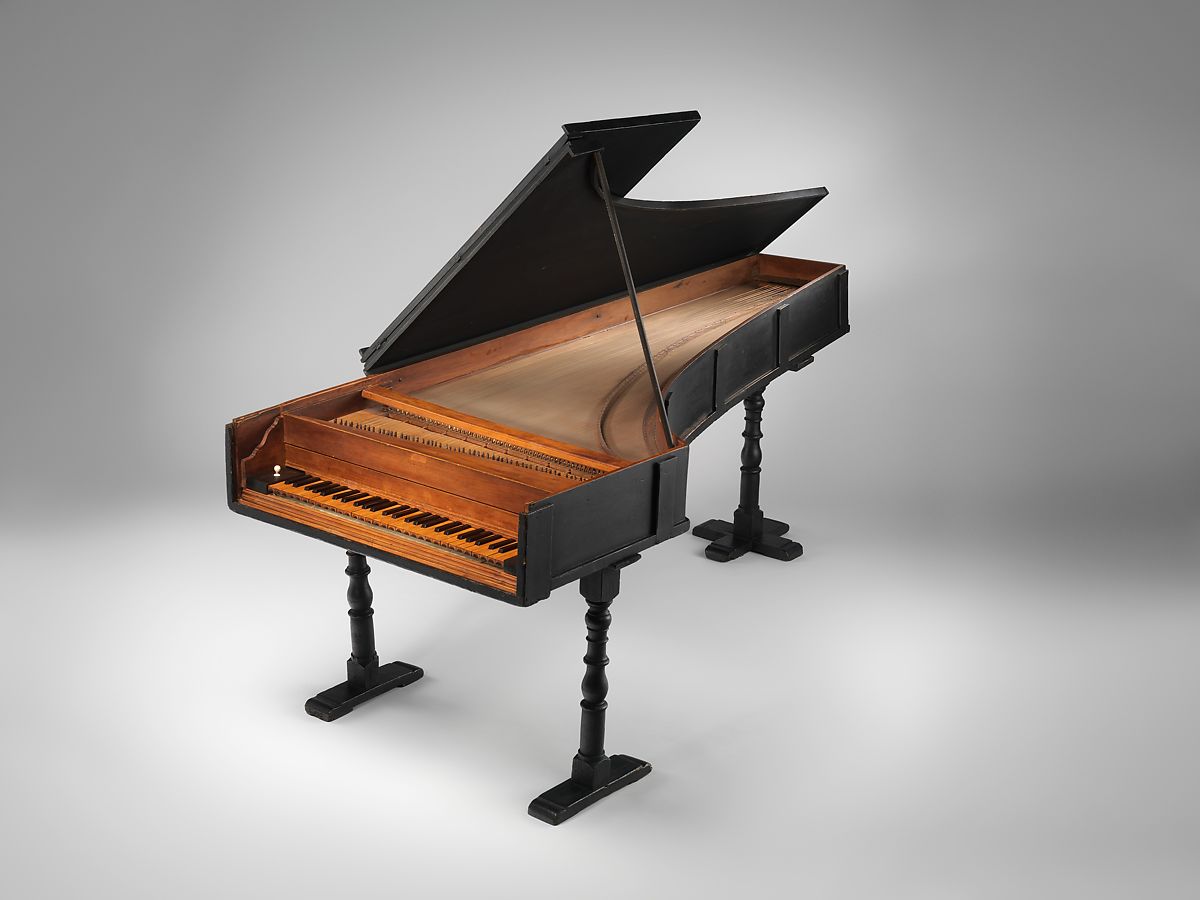 May 4 in classical music history marks some important beginnings that ultimately led to the modern grand piano, the phonograph record, and the international orchestral tour.

Italian craftsman Bartolomeo Cristofori, born in Padua on May 4, 1665, was responsible for inventing the first practical pianoforte, an instrument that looks just like a harpsichord until you raise the hood. Inside, instead of quills that pluck strings, a hammer mechanism strikes them and then retreats, allowing the performer to play soft, loud, or at any dynamic level in between. Thus Cristofori named his invention the “gravicembalo col piano e forte.”

Cristofori’s pianoforte mechanism was so sophisticated that no major improvements were made for the next 75 years, and the basic concept has persisted to today. You can see the 1720 model he built in Florence in the musical instrument collection of New York’s Metropolitan Museum, read about it here, and listen to Domenico Scarlatti’s Sonata in d played on it here by Dongsok Shin. 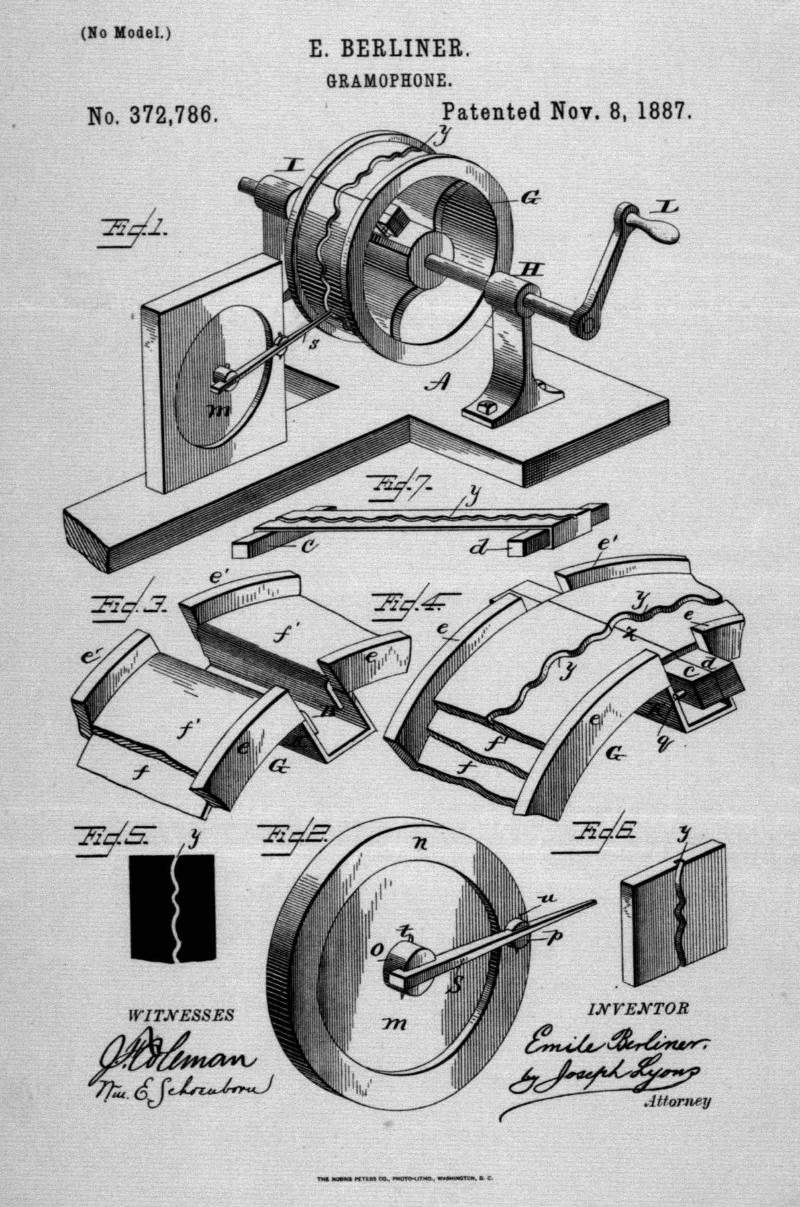 A number of late 19th century inventors were involved in creating machines that would reproduce sound, but on May 4, 1887, Emile Berliner was the first to file a patent application (U.S. patent 372,786) for a device he called the gramophone. His machine “recorded a lateral pattern on lamp-blacked paper wrapped on a cylinder, similar to the phonautograph of Leon Scott, but with an oil applied to the surface mixed with lampblack to make a fatty ink better able to be engraved with a cutting stylus.” Read about it in The Early Gramophone.

That a lot remained to be done before Sony could develop a single disc capable of reproducing Beethoven’s Ninth Symphony is suggested in the first news story about Berliner’s invention. A two-page article in Electrical World dated November 12, 1887 described a device driven by a weight box and controlled by a paddle-wheeled governor that recorded four minutes of sound on an 11-inch glass disc at 30 rpm.” 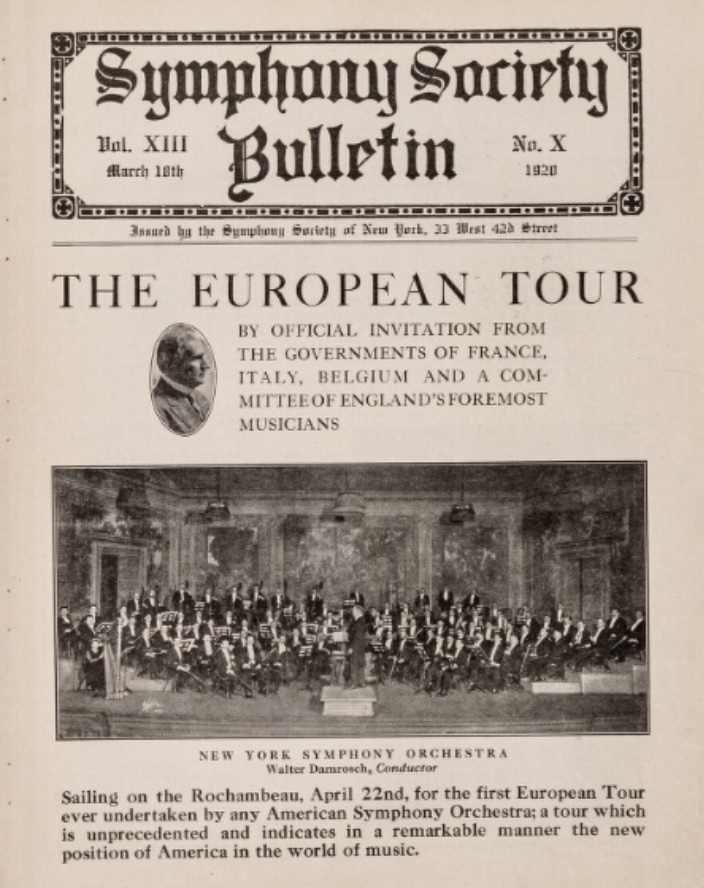 And on May 4, 1920, The Symphony Society of New York — which eventually became the New York Philharmonic — played the opening concert of its debut European Tour at the Paris Opera, making it the first American ensemble to perform overseas.

The Symphony Society Bulletin of March 18, 1920 noted that the European Tour was being undertaken “by official invitation from the governments of France, Italy, Belgium and a committee of England’s foremost musicians.” The Orchestra embarked on the transatlantic crossing aboard the Rochambeau on April 22, beginning “a tour which is unprecedented and indicates in a remarkable manner the new position of America in the world of music.”

Like the Middle Eastern tour The Cleveland Orchestra was forced to cancel at the beginning of the pandemic, orchestral touring will eventually resume, however slowly. On this May 4th, it’s good to look back and recall that cultural exchanges have until recently been important tools of international diplomacy, and not merely expensive expressions of musical vanity.

Todd Wilson adds the title of Visiting Professor of Organ at the University of Michigan to his positions as Music Director at Trinity Cathedral and Head of the Organ Department at the Cleveland Institute of Music.

Heights Arts invites its patrons to host a Random Acts of Art LIVE! event this summer at their home, businesses or community spaces. Born during the pandemic, “Random Acts of Art LIVE! (RAAL) brings local music talent directly to you in private yard concerts, music for patrons at your business, and in partnership with local community organizations. From classical and folk, to world music and jazz this series has something for everyone.” Contact Arleigh Savage at Heights Arts for more information on available ensembles and how to book your event.

The music publishers Boosey & Hawkes present a Zoom webinar about how opera is being reimagined as film. “When the pandemic hit, creators and producers learned to pivot from a traditionally live medium to visually dynamic, made-for-film productions of stage works with sets, soundtrack recording sessions, and directors.”

And Tuesday Musical returns to Akron’s E.J. Thomas Hall for an in-person concert by New York Philharmonic principal clarinet Anthony McGill and the Pacifica Quartet. You won’t find this one online.