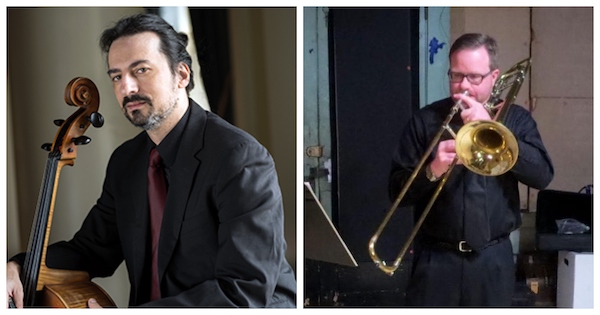 Two recitals bookend the day. Faculty cellist Kivie Cahn-Lipman gives a free 12:15 pm concert on the Dana School of Music’s noontime series at the Butler Institute of American Art. And the Fine Arts Association hosts faculty trombonist Matthew Saunders in a performance of his own Twenty Views of the Trombone at 7:00 pm. Get tickets here.

ARTS FUNDING, A RESIGNATION, AND A PASSING:

Moving to the Pacific Northwest, last Friday the Seattle Symphony announced the abrupt resignation of its music director, Danish conductor Thomas Dausgaard. Neither he nor the administration seem to agree on exactly what went down, but it’s clear the relationship was strained, and that the pandemic has played a part in that: he and the ensemble were separated for much of the past two years due to travel restrictions. Read the article by Javier C. Hernández in The New York Times.

And opera singer Maria Ewing passed away at home in her native Detroit on Sunday at the age of 71. Having studied at CIM from 1968-70, she made her professional debut at the Ravinia Festival in 1973 and her Metropolitan Opera debut in ‘76, where she would go on to sing 96 performances over the course of her career. An artistically complicated figure who unflinchingly pushed boundaries, her performances were divisive. “While some observers fell under the spell of her no-holds-barred acting, others criticized it along with a voice which they saw as not always technically perfect,” writes Tom Huizenga for NPR.

We’ll add one name to the list this go-around: Boston-born composer and soprano saxophonist Jane Ira Bloom, who turns 67 today. Nearing 25 years on the faculty of The New School, her honors include a 2007 Guggenheim Fellowship, and a 2017 Grammy Award in the category of Best Surround Sound Album for her trio record Early Americans. (Listen on Spotify here.) 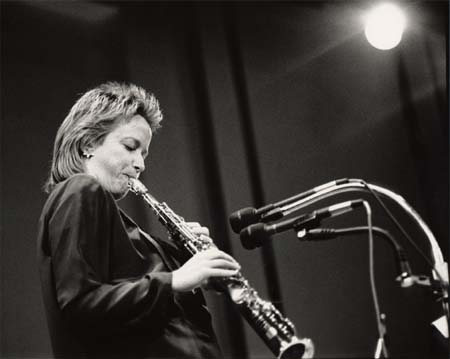 One of the most unique bullet points in Bloom’s career is her association with space. The first musician to be commissioned by the NASA Art Program, Bloom wrote a series of pieces beginning in the late 1980s inspired by space exploration. (And fun fact: guess where asteroid 8083 Janeirabloom got its name?)

One of those commissions, Most Distant Galaxy, made important use of live electronic processing — one of her strongest interests over the course of her career — and the piece has been a mainstay of her concert repertoire in the years since. Watch a clip from a 2010 live performance in New York City here.

Back to NASA, the agency’s Art Program has traditionally been associated with visual art, including that of Norman Rockwell, Robert Rauschenberg, Andy Warhol, and Annie Leibowitz. It was created in 1962 in order to capture the emotions around space exploration — still very new at that point — so that history could fully appreciate the agency’s achievements.

Below, courtesy of the Smithsonian National Air and Space Museum: Mitchell Jamieson’s First Steps, depicting astronaut Gordon Cooper emerging from the Faith 7 spacecraft in May 1963 after orbiting the Earth 22 times over a span of more than 34 hours. 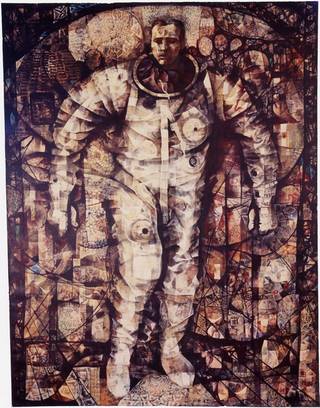 Aside from Bloom, musicians involved in the NASA Art Program have included Laurie Anderson, Terry Riley, and the Kronos Quartet. Perhaps another interesting dive into the internet, for another day.