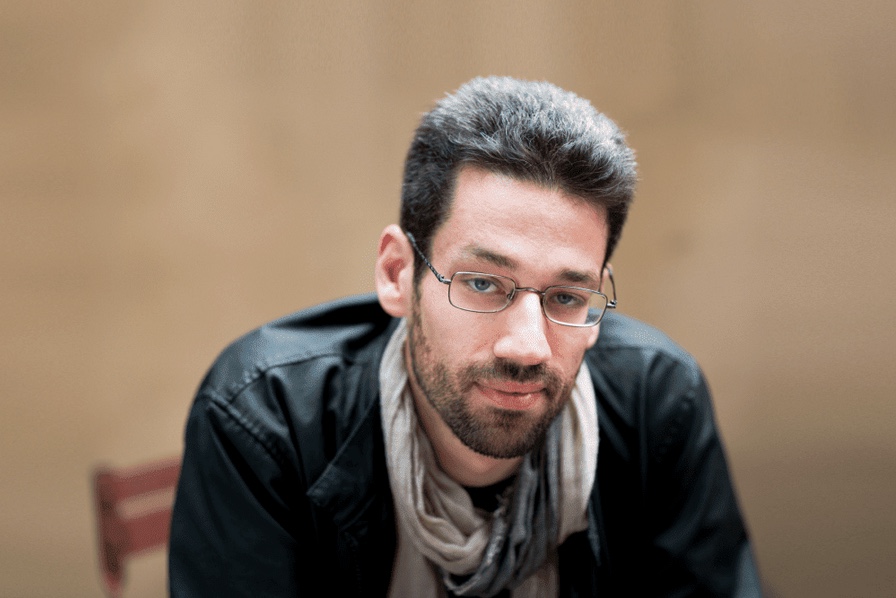 . Hybrid concerts from Trinity Cathedral and the Maltz

. One composer to be remembered, another best forgotten.

Two series continue today. At Noon, Trinity Cathedral lights more of the 200 candles on Belgian composer César Franck’s birthday gateau, with performances of his Organ Chorale No. 3 by Nicole Keller and Prélude, Fugue et Variation by Josh Kraybill on the recently installed Skinner organ, as well as perhaps his best-known chamber work, the Violin Sonata, to be played by Andrew Sords and Elizabeth DeMio.

Tonight at 7:30 at the Maltz Performing Arts Center, PianoCleveland hosts pianist Jonathan Biss (pictured) in “The Mind of Beethoven,” an episode in its Listening Series that will zero in on the composer’s often puzzling late sonatas.

Those concerts are available both in-person and online (and on-demand after they first appear). Details in our Concert Listings.

Les Délices has announced that its entire 2021-2022 five-concert series is now available for rental from Marquee-TV. Go here to access the series or individual episodes, including “Song of Orpheus,” “Winds of Change,” “The Highland Lassie,” “Of Gods & Heroes,” and “The White Cat.”

Kelly adds that for the first time, the Semi-Final and Final Rounds of the James Stroud National Classical Guitar Youth Competition will take place live at CIM as part of the Festival. “Fourteen very gifted and accomplished competitors will be joining us from all around the USA.” More information here.

American composer William Grant Still was born in Mississippi on this date in 1895 (some sources give the year as 1898). The full extent of Still’s oeuvre has yet to be explored by conductors and performers, including his numerous operas.

Why? Differing responses by the public and the critics to his 1949 work, Troubled Island, with a libretto begun by Langston Hughes, suggest that racism played a part in the fate of a work that received 22 curtain calls at its premiere by New York City Opera but was panned or ignored by the press. Listen to the entire work, conducted here by Laszlo Halasz, and read the comments, which include notes on the opera.

On the other hand, Still’s works were received with enthusiasm when the composer wasn’t mentioned. Case in point: his “rousing and amiable” Festive Overture, which won first prize among 39 anonymously submitted pieces in a 1944 competition sponsored by the Cincinnati Symphony. Click here to watch a performance by John McLaughlin Williams and the Cleveland Institute of Music Orchestra.

In a nice coincidence, on this date in 1963, University of Miami Opera gave the first performance of Still’s opera Highway 1, U.S.A. (originally titled A Southern Interlude). Click here (part one) and here (part two) to listen to the 2005 premiere recording by the St. Olaf Orchestra and Vocal Essence led by Philip Brunelle.

Lest we be accused of only noting high-minded anniversaries in this Almanac, let’s raise a glass to American songwriter Septimus Winner, born in Philadelphia on this date in 1827, the seventh child of a luthier (hence the name Septimus). In an interesting reversal of the way things usually work, he wrote some of his popular ballads under the nom de plume of Alice Hawthorne. Taking its time, the Songwriters Hall of Fame finally inducted him into its pantheon in 1970.

You’ll wonder, if you haven’t already, who wrote such immortal Civil War era songs as Listen to the Mockingbird, which sold some 20 million copies of sheet music, or the exceedingly popular Oh Where, oh Where Ish Mine Little Dog Gone, set to the German folk tune “In Lauterbach hab’ ich mein’ Strumpf verlor’n.”  His Ten Little Injuns, originally published in 1864, became a standard in minstrel shows after it was re-texted (though not by Winner) with an even more unfortunate racial reference. Now, having done our archival duty, we’ll let him fade into oblivion.

The cimbalom was the feature of the show, an instrument capable of taking on many personas. Its performer, Chester Englander, has shaped his career around the instrument, and has inspired composers to write more repertoire for it, some of which was presented on the program. END_OF_DOCUMENT_TOKEN_TO_BE_REPLACED

You wouldn’t expect that acoustic from a glance at the nave, which is wide and long, but not especially lofty. But when I guest conducted a local amateur choir and professional orchestra in Beethoven’s Mass in C there a few years back, during the first rehearsal we released the final chord of the “Gloria” and listened in astonishment for the next several seconds. The sound continued to roll down the space like the big wave that surfers dream about. END_OF_DOCUMENT_TOKEN_TO_BE_REPLACED