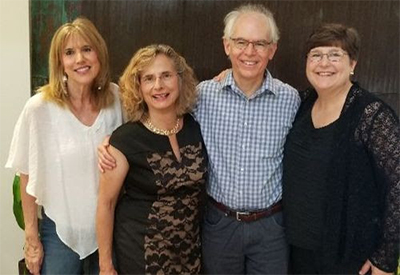 The Cleveland Institute of Music has announced the twelve scholars named to its 2023 Future of Music Faculty Fellowship. Click here for more information.

The Cleveland Jazz Orchestra has announced that individual tickets are now on sale for all shows at the Maltz Performing Arts Center. Click here for more information.

Last month, scholars studying facets of early Black and indigenous sounds came together to share their research and ask a few big questions. Is this a new, interdisciplinary field of study, where sound is central to help understand life, culture, literature, and music? Click here to read Miguel Valerio’s interesting report in Early Music America.

On this date in 1895, German-born American composer, violist, and educator Paul Hindemith was born in Hanau. His music having been condemned by the Nazis in 1936, Hindemith spent some time in Turkey during that decade, setting up a national music school, then making tours of the U.S. as a solo violist and performer on the viola d’amore.

He ended up teaching at Yale, where he formed the Yale Collegium Musicum, and also gave the Charles Eliot Norton Lectures at Harvard, later collected in the book A Composer’s World.

One of Hindemith’s most popular works, the Symphonic Metamorphosis on Themes of Carl Maria von Weber, was recorded twice by George Szell and The Cleveland Orchestra. Listen here to the 1947 performance, and here to a studio recording made in 1964. Discuss!

On November 16, 1904, in his first American tour concert, English composer Samuel Coleridge-Taylor conducted his choral trilogy Hiawatha in Washington, DC. The composer, whose father was born in Sierra Leone, had already debuted the first of his three cantatas on Henry Wadsworth Longfellow’s epic poem, Song of Hiawatha in 1898 at the age of 22.

Coleridge-Taylor’s music was championed in England by Edward Elgar and Charles Villiers Stanford, and he was received by President Theodore Roosevelt at the White House during his American tour in 1904.

Click here to watch the documentary Samuel Coleridge Taylor and His Music in America, 1900–1912.

And on November 16, 1900, the Philadelphia Orchestra gave its first concert at the Academy of Music. Thirty-four years later, on November 16, 1934, Leopold Stokowski led the ensemble in that hall for the premiere of William Dawson’s Negro Folk Symphony. Click here for a recent performance at Bard College led by Leon Botstein.

END_OF_DOCUMENT_TOKEN_TO_BE_REPLACED

Supported by engagingly, yet simple staging by Cara Consilvio, a well-prepared cast of singers told the archetypal story of Cinderella with charm and flair. Framing the production was  a sparse but colorful set and wonderful lighting by Dave Brooks. END_OF_DOCUMENT_TOKEN_TO_BE_REPLACED