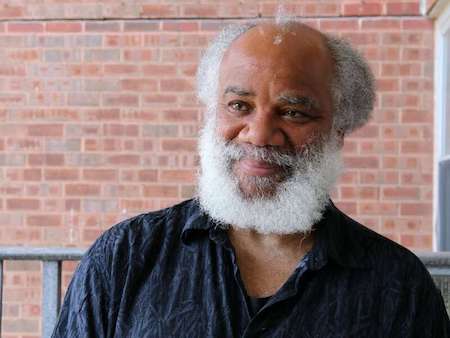 •News from NY: a Ukrainian bassoonist playing with the Youth Symphony, and women outnumbering men in the Philharmonic

•Three pieces for Thanksgiving, from revelry to gratitude and (hopefully just) a few thunderclaps

The Ohio Arts Council is now accepting grant applications for the coming fiscal year. Grants are grouped into categories dedicated to operations, projects, education, and individual artists. Read the brochure for guidelines, deadlines, and more.

Composer Jeffrey Mumford, who teaches at Lorain County Community College, is featured in the second edition of The Space We Hold, a documentary series focused on composers’ music and their life experiences. The series is a production of Opus Illuminate, an organization dedicated to performing, programming, and in general shining a spotlight on composers from traditionally underrepresented communities. Also of local relevance: that organization is led by violist Devin Moore and violinist Nathan Meltzer — the latter being a familiar face to ChamberFest Cleveland audiences.

A New York Times article by Kalia Richardson highlights 16-year-old Ukrainian bassoonist Dmytro Tishyn, who fled his country in February “with only a backpack and his father’s bassoon” before arriving in the U.S. in May. Now, after auditioning for the New York Youth Symphony in the fall, he performed with the ensemble this past weekend. 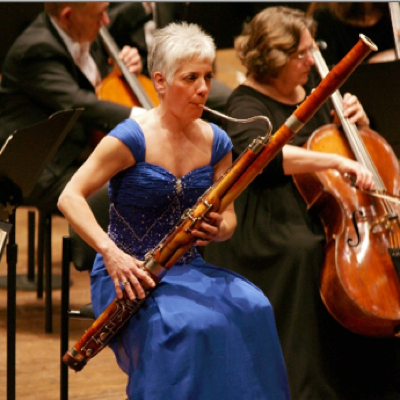 This date in history brings with it birthday anniversaries for Andalusian Spanish composer Manuel de Falla, who was born in Cádiz in 1876, and Polish composer Krzysztof Penderecki, who followed suit in Dębica in 1933. Jumping back a few centuries, November 23 also marks the passing of English composer Thomas Tallis, who died on this date in 1585.

But since our Diary will take a day off tomorrow, let’s spend today on three pieces that might prove to be fitting additions to your Thanksgiving playlist.

“Autumn” from Vivaldi’s The Four Seasons is a good place to start — particularly the first movement, which portrays a celebration of the harvest (along with a few drinks). Click here to watch a 2015 performance by Apollo’s Fire at Fairmount Presbyterian Church in Cleveland Heights. The ensemble is led by Jeannette Sorrell, with violinist Olivier Brault featured as soloist.

As a tranquil follow-up to Vivaldi, “The Promise of Living” from Copland’s opera The Tender Land — set in the Midwest during the Great Depression — is a no-brainer. That’s true both musically and thanks to the text by Horace Everett about community, hard work, and harvest (plus it includes the word “thanksgiving” twice, to boot). The Moorhead, Minnesota-based Concordia Choir, led by Rene Clausen, performs an arrangement of it here.

We’ll close today’s Diary with the last two movements of Beethoven’s Symphony No. 6. Not only is the work “Pastoral” in character, but here in these movements, the composer depicts a storm followed by cheerful and thankful feelings.

Why a storm for Thanksgiving, you ask? Don’t kid yourself — no doubt a few thunderclaps around the dinner table await all of us. Click here to listen to George Szell and The Cleveland Orchestra play those two movements here in a recording from 1962. Want to skip over the storm? Here’s the finale queued up for you.

END_OF_DOCUMENT_TOKEN_TO_BE_REPLACED

Supported by engagingly, yet simple staging by Cara Consilvio, a well-prepared cast of singers told the archetypal story of Cinderella with charm and flair. Framing the production was  a sparse but colorful set and wonderful lighting by Dave Brooks. END_OF_DOCUMENT_TOKEN_TO_BE_REPLACED