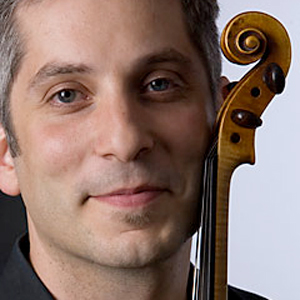 Crossover artist Gabriel Bolkosky, who studied classical violin at the Cleveland Institute of Music, then jazz violin at the University of Michigan, was introduced to the music of Argentine nuevo tango composer Astor Piazzolla by friend and cellist Derek Snyder. “He got me interested in Piazzolla a little over a decade ago,” Bolkosky said in a telephone conversation. “Pretty much from the moment I first heard it, I realized it was music I’d been wanting to play my whole life. His music and its history are so rich, and his musical journey is one that I relate to and admire. Something in the music speaks very deeply to my heart, and because it opens itself up to jazz, it’s the perfect crossover style for classical players.”

Gabriel Bolkosky will gather a mixed group of his classical and jazz friends to play his own reworkings of music by Piazzolla and Miles Davis on Friday, November 13 at 8:00 pm in the Metro Campus Auditorium at Cuyahoga Community College. The concert, part of the Tri-C Presents series, will explore music by two iconic composer-performers who crossed borders into new artistic territory, beginning with Piazzolla. “He is a huge icon who stands alone in his genre, while Miles Davis is an icon among many icons,” Bolkosky said. The first half of the evening will feature Piazzolla’s L’histoire du tango and The Four Seasons of Buenos Aires.

“The History of Tango was originally written for flute and guitar, but it’s been arranged for a few different combinations of instruments,” Bolkosky said. “This version is one I’ve made for violin, piano, and bass. Then we’ll play The Four Seasons, which became famous in a version for violin and orchestra. I’ve recast it for violin, string quartet, and bass to give it a more intimate feeling.”

For the second half of the evening, Bolkosky will turn to Miles Davis, whose famous 1960 Third Stream album Sketches of Spain includes his reworking of the slow movement of Joaquin Rodrigo’s Concierto de Aranjuez. “Davis morphed a guitar concerto into a piece for trumpet and big band, and now I’m taking that and turning it into a piece for violin, string quartet, and jazz trio,” Bolkosky said. “Piazzolla and Davis explored new ways of doing things. Both of them brought what amounted to club music out into the light. Tango was relegated to the seedier part of Argentina at first — the brothels and dance clubs — but Piazzolla brought it into the concert hall so families could go listen to it. And Miles Davis played Sketches of Spain in Carnegie Hall, which shows how music can transcend cultural barriers.”

Bolkosky said his own arrangements reflect the recordings he heard while growing up. “My father played a lot of music from Miles Davis’s middle period — that whole repertoire of warmer-sounding jazz. I always  imagined violins inside Miles’s music, so I wanted to try to explore what I could do with a sound that really belongs to him. This will be the first time the arrangement is being performed in this way. I did it once just with a jazz quartet, then I decided to add some more string players to warm up the texture, and create the feeling of being surrounded by a warm hug.”

That warm hug will also embrace performers Bolkosky has known and worked with for years. “I’ll be joined by Andrew Bishop, a sax player and wonderful composer who teaches at Albion College and the University of Michigan. We’re old friends from school. Pianist Tad Weed and I played for many years in an older version of the Oblivion Project with Peter Soave and Julian Labro. Pete Siers is a veteran jazz player from Ann Arbor, and three of the string quartet players are local: cellist Derek Snyder, violinist Amy Caves, and violist Amber Dimoff.”

Gabriel Bolkosky has a number of irons in the fire these days. In addition to having recorded seven CDs in musical styles ranging from Debussy through Klezmer to jazz (and a multi-track disc suitable for Star Wars-themed weddings), he runs a non-profit called The Phoenix Ensemble, and its offshoot, PhoenixPhest, which sponsors amateur chamber music festivals in Ann Arbor in May and August each year.

“Peter Salaf and Don Weilerstein at CIM were my inspiration for PhoenixPhest,” Bolkosky said. “They’re amazing players but also warm human beings who don’t fit into the slick stereotype of most really great violinists. They create beautiful music by using their heads and figuring out what they want to have happen, rather than what I was used to hearing from the superstars. But on top of that, they’re just so kind. I decided to create a festival where I would bring in musicians who were willing to work with people at any age, any ability level, and any type of commitment.

“The oldest participant we’ve had was probably 88 and the youngest was 4 or 5 years old,” Bolkosky said. “We’ve added a Suzuki program and training for teachers, and this past year we expanded into a jazz program that mixed jazz students with students who had never played jazz. The faculty were Paul Teller — the bass player for Diana Kral —  Pete Siers, Christian Howes, Andy Bishop, and Jack Wagner, who’s a teacher at Community High School in Ann Arbor. They were just amazing and welcomed anyone who wanted to participate.” Members of CIM’s Cavani Quartet have also been involved in PhoenixPhest.

“This is probably one of the most meaningful things I’ve created,” Bolkosky said. “It’s the realization of my philosophy about music as an art form that can be enjoyed at any level. It shouldn’t just be for the elite players.”

Bolkosky’s interest in music education has led him to author a book on the subject. “Education for Happiness will be coming out in six months. It expresses my concerns about all levels of music education. What are we trying to help students do with an education in music? There’s too much focus on competition and too little on music as a social event where you connect with audiences, fellow players, and composers.

“Cleveland was a shining light where I found my love of music again,” Bolkosky said, “but most schools believe that competition comes first — it’s not just a hot sauce that adds something to your food. I’m trying to create educational experiences that remind students that the whole point is to play a song, feel something, and share it with other people. It’s not about wanting to be the best, wanting to dominate, or wanting to win. Music is not an achievement. It’s about moving your heart so you can move someone else’s heart.”

END_OF_DOCUMENT_TOKEN_TO_BE_REPLACED

Franz Welser-Möst led the final bows on Saturday night at Severance, like the star of any show should. The Cleveland Orchestra’s music director is in his element presiding over the ensemble’s annual opera production, which this season packs the drama. Verdi’s Otello — in a concert staging that opened May 21 and runs for two more performances (May 26 and 29) — demands big voices, instrumental forces to match, and a conductor who can give it all shape and direction. END_OF_DOCUMENT_TOKEN_TO_BE_REPLACED

The cimbalom was the feature of the show, an instrument capable of taking on many personas. Its performer, Chester Englander, has shaped his career around the instrument, and has inspired composers to write more repertoire for it, some of which was presented on the program. END_OF_DOCUMENT_TOKEN_TO_BE_REPLACED