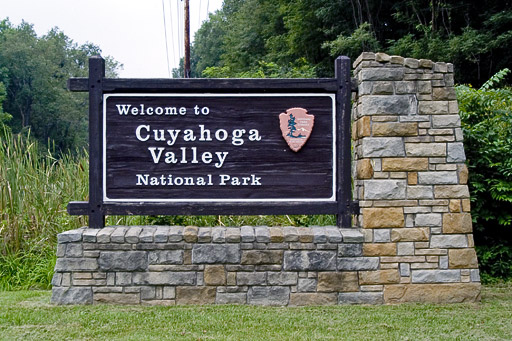 Since 1933, the Service has also managed National Memorials, Military Parks, Cemeteries, and Historical Areas. A latecomer to the national parks family in 2000, Cuyahoga Valley National Park is the only national park in the state of Ohio, a large chunk of land that includes sites not owned by the federal government — including the Blossom Music Center.

On Sunday, July 17 at 7:30 pm, The Cleveland Orchestra will mark the centenary of the National Park Service with a special concert conducted by Bramwell Tovey. In a recent interview with this publication,  artistic administrator Ilya Gidalevich noted that the Cuyahoga Valley National Park has played an important role in the history of Blossom Music Center. “We wanted to make sure that we celebrate the National Park Centennial in a special way,” he said. The American-influenced program will include Ravel’s Rapsodie espagnole, Copland’s Suite from Appalachian Spring, and Gershwin’s An American in Paris. Spanish pianist Javier Perianes will make his TCO debut in Ravel’s jazz-inspired Piano Concerto in G. 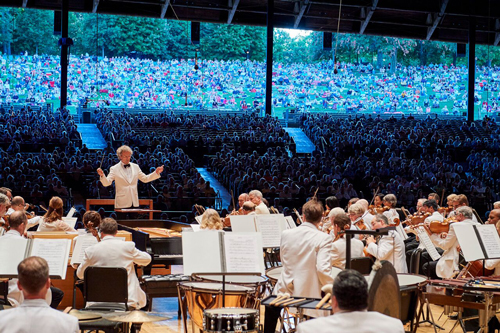 The area itself has been a local retreat since the 1870s, when it was a center for carriage and boat rides, even servicing its own railway to Cleveland. The Civilian Conservation Corps built much of the park’s infrastructure during the Great Depression, and widespread fear of urbanization led to its 1974 promotion to the status of National Recreation Area and eventually its designation as a National Park.

By 1965, Cleveland was the only one of the “Big Five” American orchestras that had not established a summer venue and a 52-week contract for its players. Given its longstanding history as a refuge for Northeast Ohioans, the valley seemed like a perfect place for The Cleveland Orchestra’s summer home. After a year-long search, the location was approved by the trustees, as well as musical director George Szell, who scrupulously surveyed the grounds for an acoustically pristine setting. 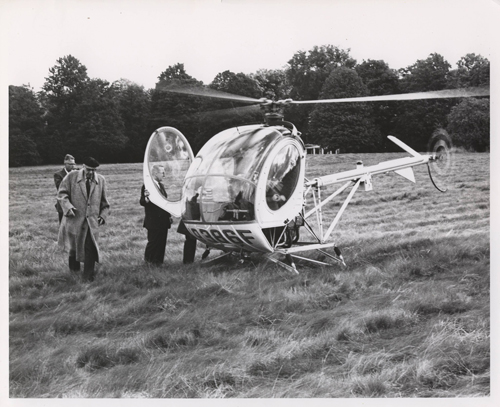 George Szell checks out the future Blossom site by helicopter.

The natural amphitheatre provided an excellent spot for a pavilion. The site was sufficiently removed from the noise of land and air traffic, and there was no large body of water that would subject musical instruments to moisture. Initially, the 1500 surrounding acres were planned to include golf courses and residential communities, calming the fear of potential urban sprawl and city noise pollution. 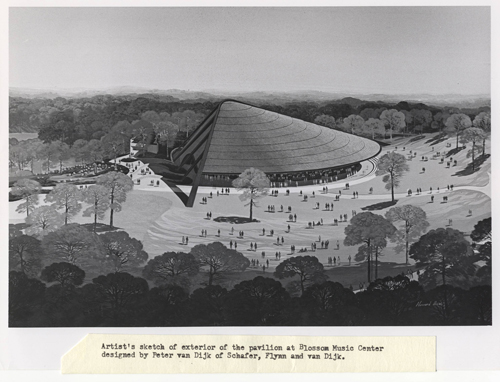 The architectural firm of Schafer, Flynn, and van Dijk conceived the plan for the complex. Peter van Dijk designed the pavilion and Christopher Jaffee was the acoustician. The center was named after the Dudley S. Blossom family, who were its main contributors. Dudley was largely responsible for the orchestra’s Endowment Fund, and served as the orchestra’s president during the 1930s. 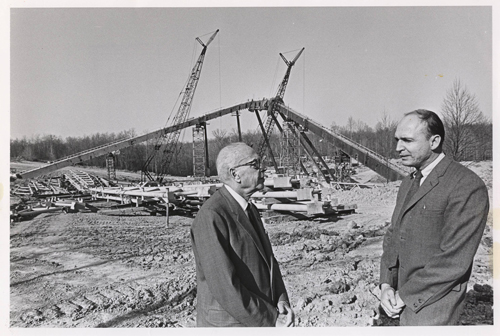 George Szell and Peter van Dijk at the construction site. 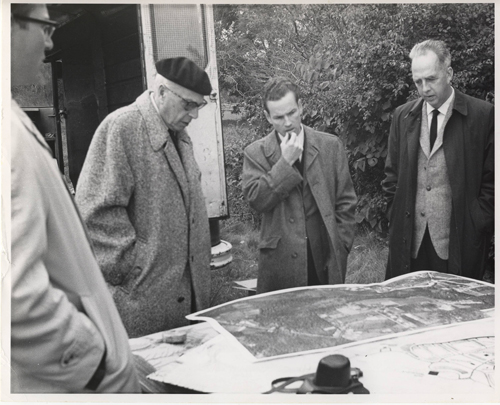 Szell and Louis Lane look at the plans 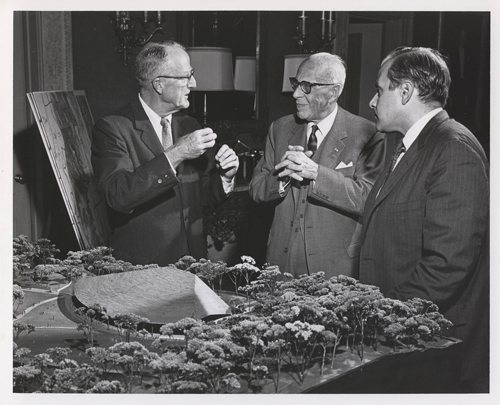 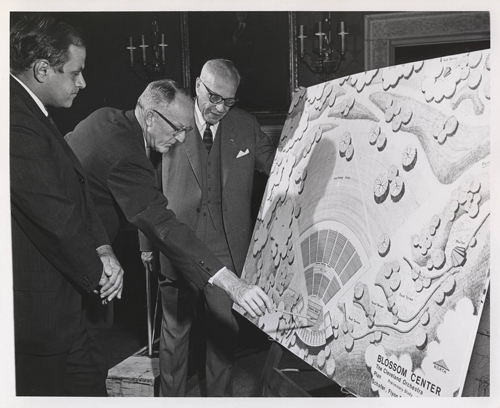 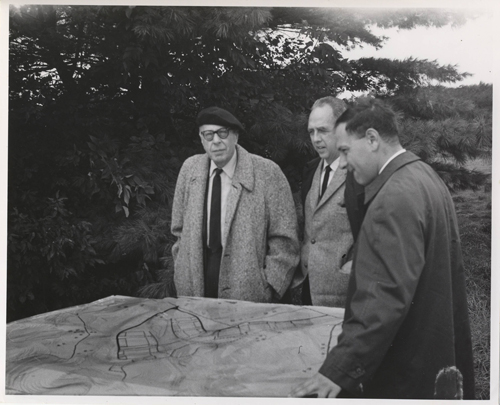 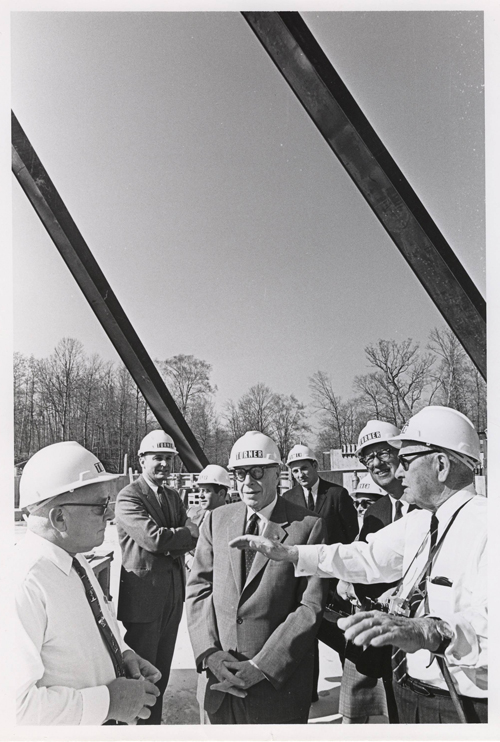 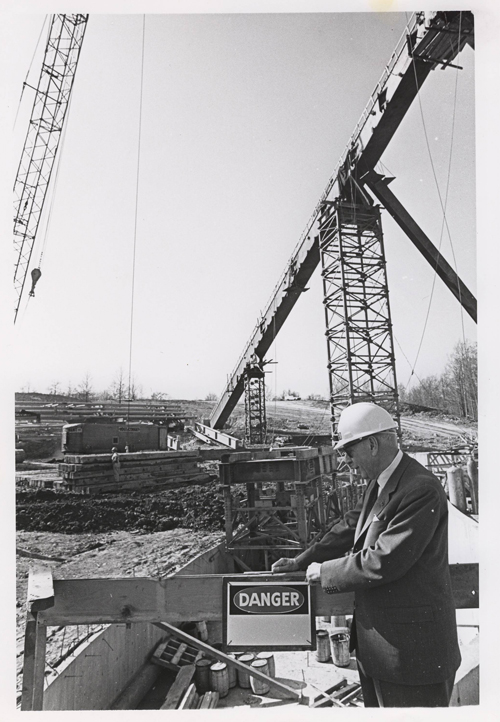 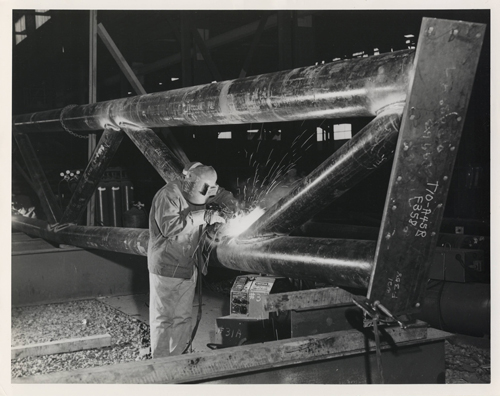 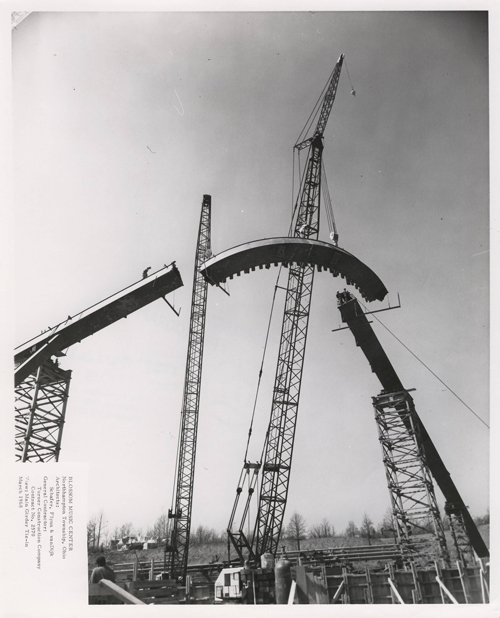 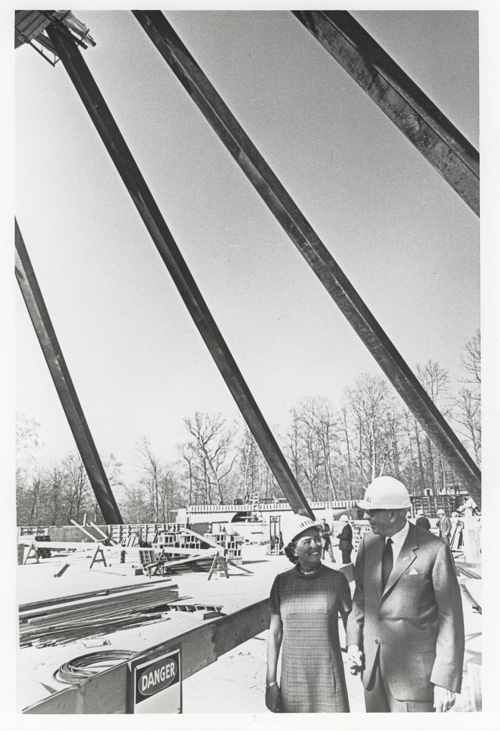 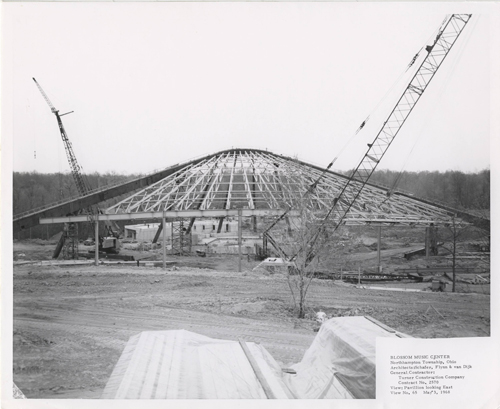 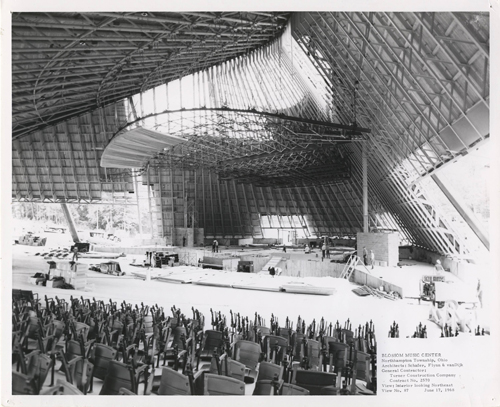 Construction of the orchestra shell

After the initial purchase of over 500 acres, the groundbreaking ceremony took place on July 2, 1967, and the opening concert on July 19, 1968. George Szell led The Cleveland Orchestra in an all-Beethoven program featuring The Consecration of the House Overture and the immortal Symphony No. 9 in D.  The first season was a huge success, though there were a still a few improvements to be made, described in a letter by Szell himself.

Over the seasons, one staple of the festival has become the so-called “Blossom Boom,” the result of sliding metal joints due to pressure changes that emit a sound like a gunshot. Reportedly fixed on several different occasions, the Boom continues to be heard by audience members even today, haunting Blossom not as a demon, but more as Casper the friendly ghost.

Since its opening night, the Blossom Festival has provided its audiences with a long list of world-class performances. The festival has grown in size and success, but it still holds to the principle of what made it so sought-after since its inception: great music played by a great orchestra in a welcoming, pastoral setting. 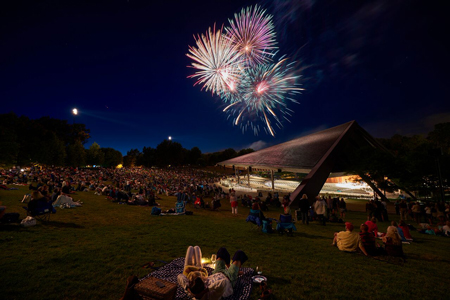 Fireworks after the Cleveland Orchestra concert on July 9, 2016.

Photos from the Cleveland Orchestra Archives. Special thanks to archivist Deborah Hefling. Photos from July 9, 2016 by Roger Mastroianni.