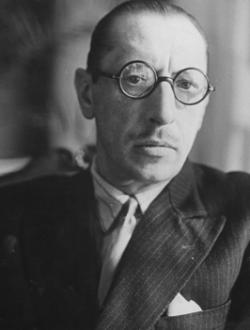 Composer: Igor Stravinsky (1882-1971). Stravinsky was one of the most versatile and influential composers of the 20th century, and many compare his impact on music to Picasso’s on art. Having lived with and studied composition under Nikolai Rimsky-Korsakov until the latter’s death in 1908, Stravinsky rose to fame with his innovative ballets, The Firebird and Petrushka, culminating in the groundbreaking Rite of Spring.

Ever one to push artistic boundaries, Stravinsky adopted and revolutionized many different musical styles throughout his career. He collaborated with such important figures as W. H. Auden and Pablo Picasso, becoming a cultural icon. With his celebrity status, he was also politically opinionated, drawing criticism for his support of Mussolini. Stravinsky’s influence on the arts continues today, and his music remains powerful and popular.

The Piece: The Rite of Spring represents a milestone in Western culture. The ballet was commissioned by Sergei Diaghilev for his company Ballet Russes. It was realized in collaboration with legendary choreographer Vaslav Nijinsky, and painter and philosopher Nicholas Roerich, who designed the scenery and costumes. Their efforts resulted in a notorious premiere: the audience began to riot during the “Augurs of Spring” section, largely a reaction to Nijinsky’s radical choreography, rather than to Stravinsky’s music. The score has since become a core component of the orchestral repertoire. 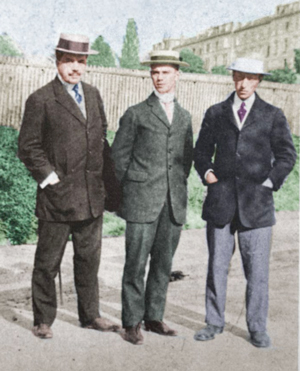 The work revolves around the power of emerging Spring in pagan Russia. The first section depicts the pagan ceremony for the Earth, while the second plays out the ritual sacrifice of a virgin who dances herself to death. Stravinsky’s radical rhythms, sharp dissonances, wild orchestration, and extreme dynamics make the ballet an incredibly challenging work both for musicians and dancers — and an exciting experience for the listener.

Personal Notes: For some, the work is emotionally disturbing. Through its pagan subject matter, it evokes primitive and powerful instinctual feelings, affecting the deepest levels of the human mind. It’s one of the wildest rides music has to offer, so buckle up! 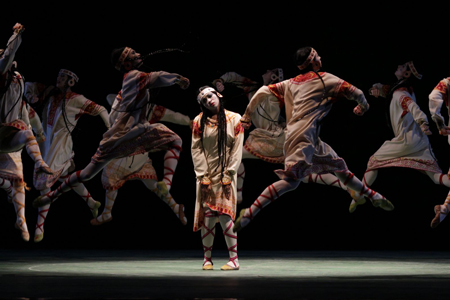 Chicago’s Joffrey Ballet in a revival of the original choreography