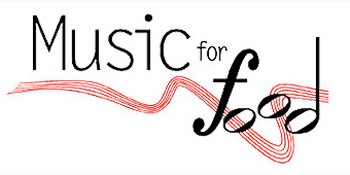 Founded in 2010 by violist Kim Kashkashian, the Boston-based non-profit Music for Food is a musician-led initiative for local hunger relief. On Sunday, November 8 at 2:00 pm, the newly-formed Cleveland chapter of Music for Food, spearheaded by noted cellist and educator Sharon Robinson, will present its inaugural benefit concert at the Unitarian Universalist Society of Cleveland, 2728 Lancashire Road in Cleveland Heights. There is no admission charge, but the freewill offering will benefit the Greater Cleveland Food Bank.

“Hunger knows no boundaries,” Robinson said during a recent conversation. “The Greater Cleveland Food Bank does an amazing job, and for every dollar we raise they can feed four people a good meal. I think if we all do our part we can help to relieve this terrible hunger crisis everywhere.” Robinson pointed out that while they will not be collecting food during Sunday’s concert, they will be accepting both cash and checks made out to Music for Food. “We will be passing the hat, but everyone can feel confident that no money will be lost to an administrative cost for the concert. It all goes directly to the Food Bank.”

Robinson said that she is impressed with the work that Kashkashian has done around the issue of hunger. “Kim’s been able to enlist the great help of the New England Conservatory, where she teaches. Their students volunteer their services both in performing and with administrative work.” 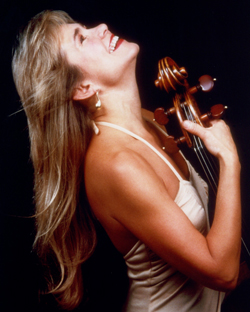 Similarly, Robinson, who teaches at the Cleveland Institute of Music and heads its Advanced Piano Trio program, has called on CIM students and recent graduates to donate their time to the cause. “It’s amazing how everyone wants to help, and there are quite a few artists who are willing to donate their time to the cause of fighting hunger. I hope people will come to the concert and support these wonderful young musicians.”

Robinson (pictured above) said that she is excited about the concert and being able to launch Music for Food in Cleveland. “I’ve wanted to start a chapter here for a while and now it’s happening. Hopefully people will come and enjoy the great music, support the young artists, and make a donation to a very good cause.”

The cimbalom was the feature of the show, an instrument capable of taking on many personas. Its performer, Chester Englander, has shaped his career around the instrument, and has inspired composers to write more repertoire for it, some of which was presented on the program. END_OF_DOCUMENT_TOKEN_TO_BE_REPLACED

You wouldn’t expect that acoustic from a glance at the nave, which is wide and long, but not especially lofty. But when I guest conducted a local amateur choir and professional orchestra in Beethoven’s Mass in C there a few years back, during the first rehearsal we released the final chord of the “Gloria” and listened in astonishment for the next several seconds. The sound continued to roll down the space like the big wave that surfers dream about. END_OF_DOCUMENT_TOKEN_TO_BE_REPLACED