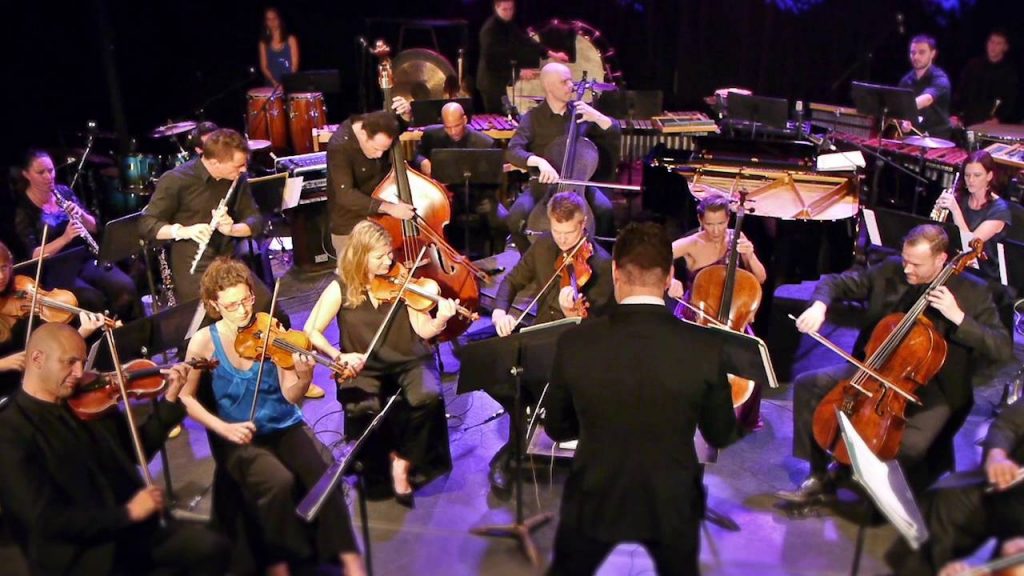 Tuesday Musical has been straying from its usual formula in a way that seems to be working. The Akron concert series brought its season to a close last Wednesday with a performance that exemplified the “classical with a twist” style the presenter has hit upon lately.

Nu Deco Ensemble, a Miami-based group that has gone on the road a couple times, took the stage at EJ Thomas Hall on May 4, bringing a setup that was part orchestra and part rock band. Jacomo Bairos conducted the ensemble, which included a string quartet, a medium-sized wind section, and a handful of players on guitars, keyboards, and percussion — all amplified.

Nu Deco can cover a range of genres with this instrumental variety. One mode the group easily adopts might be called “classical music reinvigorated,” in the vein of crossover projects like Mannheim Steamroller or the Trans-Siberian Orchestra.

The Miami spin is adding a bit of Latin flair, reflected in original arrangements like Toccata Y Fuga en Re Menor, which incorporates a mambo beat into Bach’s fugue, and Refried Farandole, which adapts the famous melody from Georges Bizet’s L’Arlésienne. These are, first and foremost, fun pieces, and Nu Deco shared them in that spirit.

The ensemble maintained the liveliness for two contemporary classical selections that also suggest mixing genres is the rule, not the exception, among composers today. Gabriella Smith’s Tessellations brings out the pop and rock edge in minimalist repetitions, and Valerie Coleman’s Umoja takes inspiration from traditional African and Afro-Cuban styles. Both works allowed the musicians to prove their classical mettle, navigating some of the standard demands of orchestral and chamber playing.

The bulk of the evening went to a third sort of piece the group has found success with. Nu Deco has cultivated a following online as much as in person through symphonic covers of pop songs. What began as a way to draw in audiences — a couple of Daft Punk hits included on the ensemble’s debut concert in 2015 — got a positive reaction from regular concertgoers, took off when performances were uploaded to YouTube, and became a signature part of each program. 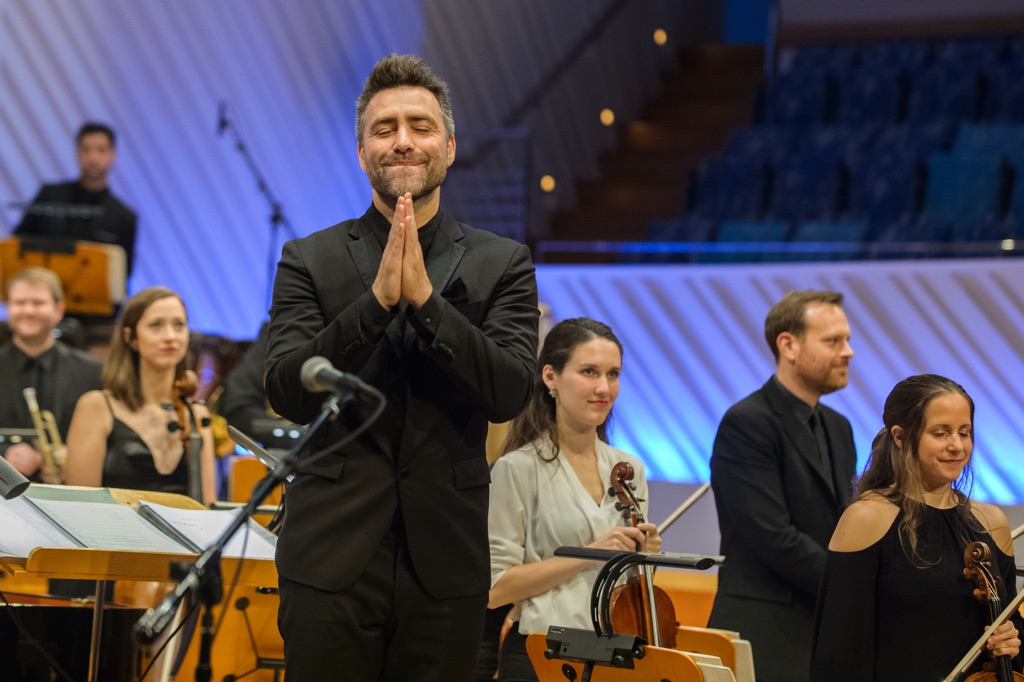 Co-founder Sam Hyken spoke enthusiastically from the stage about the artists who have influenced the group. He does Nu Deco’s arrangements, sometimes collaborating with members of the rhythm section, and also shares the title of artistic director with Bairos.

At its best, their work conveys the enterprising spirit of the originals. A suite of songs by The Beach Boys put the orchestra to creative use, emulating the innovation of an album like Pet Sounds. The ensemble’s take on the electronic music of Daft Punk made it a question of “humans versus robots” and, by extension, acoustic instruments versus electric ones.

Less successful were straightforward tributes to Queen and Bill Withers, which had all the interest of a cover band without a singer. Fortunately, individual players could more than fill the spotlight when called on as soloists. Violinist Kristin Lee was a standout in this regard, able to take commanding classical technique and push it to another level.

The cimbalom was the feature of the show, an instrument capable of taking on many personas. Its performer, Chester Englander, has shaped his career around the instrument, and has inspired composers to write more repertoire for it, some of which was presented on the program. END_OF_DOCUMENT_TOKEN_TO_BE_REPLACED

You wouldn’t expect that acoustic from a glance at the nave, which is wide and long, but not especially lofty. But when I guest conducted a local amateur choir and professional orchestra in Beethoven’s Mass in C there a few years back, during the first rehearsal we released the final chord of the “Gloria” and listened in astonishment for the next several seconds. The sound continued to roll down the space like the big wave that surfers dream about. END_OF_DOCUMENT_TOKEN_TO_BE_REPLACED