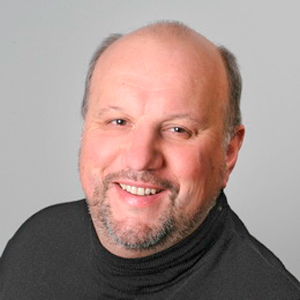 “This is my first time singing Don Pasquale,” Polish-born bass Pawel Izdebski said in a recent phone conversation, “although I have done concert performances of the famous duet with Norina and the Act II Finale, so I already knew about a third of the role.

Izdebski will make his debut in the title role of Gaetano Donizetti’s famous comic opera this Friday evening at 7 and Sunday afternoon at 3, when Opera Circle joins Robert Cronquist and the Cleveland Women’s Orchestra in a staged production at the Westlake Schools Performing Arts Center. Soprano and Opera Circle executive director Dorota Sobieska will be featured as Norina, tenor Matthew Miles as Ernesto, baritone James Binion as Dr. Malatesta (a.k.a. “Dr. Headache”), and Joel Rhoads as the notary and guitarist.

There are two new wrinkles involved in this weekend’s production. Don Pasquale takes Opera Circle into a new venue in the western suburbs, and admission for students, youth and children will be free with passes (check the company’s website for details).

Coming toward the end of the list of Donizetti’s seventy-some operas, Don Pasquale was written in the space of two weeks and first staged at the Italian Theater in Paris in January of 1843. Starring a quartet of first-rate ringers, the three-act work marked both the high point and the finale of the opera buffa tradition in the nineteenth century.

Seattle Opera, a company devoted to making the twists and turns of opera stories navigable by the modern audience member, sums up the plot of Don Pasquale in less than twenty-five words: “Foolish old man makes the mistake of a lifetime when he marries a pretty young thing.” Izdebski sees parallels between his character and another role he has sung many times. “In my opinion, Don Pasquale is Donizetti’s equivalent of Baron Ochs in Rosenkavalier. Ochs is a rich Austrian aristocrat with no finesse who thinks he can get away with anything because of his money and his influence.”

Born in Poland, Izdebski moved with his family to Boston to study at the New England Conservatory, going on to attend the Music Academy of the West in Santa Barbara, where he made his operatic debut as Colline in La Bohème. A role in Philip Glass’s Fall of the House of Usher at Lincoln Center marked his first professional engagement. Opera houses in Koblenz, Meiningen and Zürich gave him the opportunity to sing major roles in titles by Beethoven, Mozart, Donizetti, Shostakovich, Strauss and Wagner, and other European engagements followed. He lists some forty different roles in his résumé.

How does Pawel Izdebski prepare for a brand-new assignment like Don Pasquale? “First, I try to learn the role musically by myself, translating the text. I don’t speak Italian that fluently, and besides, operatic Italian is very different from what is spoken on the streets,” he said. “I try not to be influenced by too many recordings at first. When I almost have the piece memorized, then I’ll listen to recordings and watch DVDs to pick up some acting ideas and stage tricks.”

The Donizetti work will take Pawel Izdebski back to an earlier stage in his career. “I’ve done buffa roles in the past, but after my voice matured I began to do heavier German repertoire — Wagner and Strauss.” Dorota Sobieska recruited him for the Opera Circle project when they met in a production of Mozart’s Magic Flute in Europe last summer (Izdebski was singing Zorastro). “I had some free time, so I said, sure, I’ll be happy to do it,” he said. He looks forward to the comic role he’ll play this weekend, but realizes that a few adjustments will be in order. “I’ll need to sing in a lighter fashion, which is a switch in terms of vocal performance, but I’m looking forward to it.”

After his comedic performances as Don Pasquale this weekend, Izdebski will return to more serious roles, performing Lohengrin in Zürich and Aïda across Europe in a touring production. He’ll also journey back to Poland next season to sing Doktor in Warsaw revivals of Alban Berg’s Wozzeck.

Northeast Ohio’s Les Délices has long been that rarest of beasts: a world-class organization so proud of its region (ours) and repertoire (distinct niches in pre-1800 music) that it never tries to be everything to everyone, paradoxically making a strong case for a broad, curious international following. In the December episode of its SalonEra series, the ensemble embraces its strengths and community to marvelous effect. END_OF_DOCUMENT_TOKEN_TO_BE_REPLACED

END_OF_DOCUMENT_TOKEN_TO_BE_REPLACED

Another I remember fondly is Gian Carlo Menotti’s Amahl and the Night Visitors.  Commissioned by NBC, the one act, made-for-television opera, premiered on December 24, 1951, at the network’s studios in New York’s Rockefeller Center. And now, through the wonders of technology, Cleveland Opera Theater has created a magical new production of the work which is available on demand through January 6, 2021 (Three Kings Day). END_OF_DOCUMENT_TOKEN_TO_BE_REPLACED

Jessen has now followed up with her second solo CD, Winter Chapel. Recorded on January 17, 2020 in Oberlin College’s Fairchild Chapel and available on Carrier Records, the album is a continuum in Jessen’s journey to push the musical boundaries of her instrument and herself as an improviser. END_OF_DOCUMENT_TOKEN_TO_BE_REPLACED