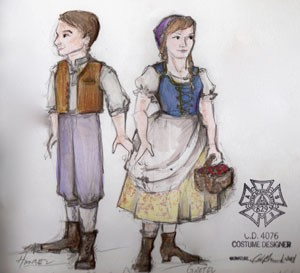 “The opera is just not as dark as the original story, especially in its portrayal of Hansel and Gretel’s parents. In the fairy tale, the mother — an evil stepmother — is really trying to get rid of the kids. In the opera, she’s just the mother. I hear such sweeping, natural sounds in the music that I have a hard time unseeing the vision that I see”, Smith said in a recent phone conversation, adding that he likes to “protect his innocence” by going into a production and learning the piece along with the cast rather than locking himself into a concept before rehearsals begin.

Smith first considered Hansel and Gretel last Spring when he took stock of the talent among his junior-year singers. There was an unusually high ratio of women to men, which at first suggested the idea of presenting some scenes from the opera with piano accompaniment. After a while, he realized that the music depended on its near-Wagnerian orchestral score and Smith decided to stage the whole opera to showcase his strong cast of female voices.

The show is double-cast, even down to the Dew Fairy and the Sandman, and the role of the Witch will alternate between a female musical theater major and Cory Svette, the tenor who played Peter Quint in last year’s Turn of the Screw. Dean Williamson will return as guest conductor for the opera, which will be sung in English (no supertitles needed). 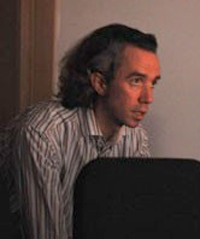 The show has been designed by Laura Carlson, who also conceived the sets for BW’s Don Giovanni and Turn of the Screw. “The audience will find itself in the middle of a high-canopied, old growth forest,” Smith said. “All the action will take place on a 16′ x 16′ raked stage with the expanse of the forest behind. Characters will be introduced through the forest, but all the action will be concentrated on that intimate little postage-stamp. The rough wood floor also becomes the forest floor and the Witch’s front yard. When the Witch’s house flies in, it traps the kids and focuses the space.”

The ambiguities of the fairy tale will begin to reveal themselves with the appearance of the Witch in the third act. “The Witch starts out looking as harmless as your grandmother, but you soon get the sense that something isn’t quite right,” Smith said, “and the first of several surprises I won’t reveal involves the gingerbread house. Magic is a big theme in the opera as well the difference between the true nature of things and what we understand.”

Hansel and Gretel’s appeal to children is clearly being acknowledged in BW’s ticketing policy for the show: persons 18 and under get in free with the purchase of an adult ticket. And those who would like to see how the magic is made can join the Dew Fairy for a backstage tour at 1pm on Sunday before the matinee. “I’ve taken students to see the Met in HD simulcasts and they’re always so fascinated by backstage shots and scene shifts. It will be fun for the audience to look up and see a house and a tree ready to be flown in — to see things from the other side of the table.”

The cimbalom was the feature of the show, an instrument capable of taking on many personas. Its performer, Chester Englander, has shaped his career around the instrument, and has inspired composers to write more repertoire for it, some of which was presented on the program. END_OF_DOCUMENT_TOKEN_TO_BE_REPLACED

You wouldn’t expect that acoustic from a glance at the nave, which is wide and long, but not especially lofty. But when I guest conducted a local amateur choir and professional orchestra in Beethoven’s Mass in C there a few years back, during the first rehearsal we released the final chord of the “Gloria” and listened in astonishment for the next several seconds. The sound continued to roll down the space like the big wave that surfers dream about. END_OF_DOCUMENT_TOKEN_TO_BE_REPLACED