by Donald Rosenberg
Special to ClevelandClassical

CityMusic Cleveland savors the opportunity to share classical music with listeners who may have no other access to the arts. The professional chamber orchestra does so by giving free concerts throughout Northeast Ohio.

Once a year, CityMusic devotes a program to a social issue that heightens community awareness. In recent seasons, the ensemble has explored genocide and bullying.

This year’s project, “Fleeing,” focuses on refugees who have journeyed to Cleveland to begin new lives after years of displacement and suffering. CityMusic is bringing attention to the topic through a series of concerts in March, some of which will include performances by refugees.

To celebrate refugees in Cleveland, CityMusic has commissioned a percussion concerto featuring instruments from many countries. The piece will have its world premiere at concerts March 12 through 16 at churches in Cleveland, Lakewood and Willoughby Hills led by James Feddeck, former assistant conductor of the Cleveland Orchestra. 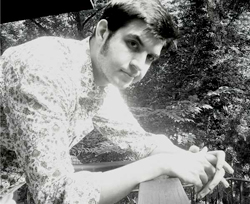 Dan Visconti (left), a graduate of the Cleveland Institute of Music, winner of the Rome Prize and 2014 TED Fellow, has composed the percussion concerto, Roots to Branches, which will share a program with other music relevant to the theme of hope and courage: Cambodian-American composer Chinary Ung’s Khse Buon (“Four Strings”) for solo cello and Beethoven’s Symphony No. 3, known as the “Eroica.”

The project has been in the works since 2012, when Eugenia Strauss, executive director of CityMusic, took notice of changes in U.S. immigration laws. She can speak with authority on the subject: She was born in Indonesia, where she and her Dutch family experienced political conflict first-hand.

“I wanted to concentrate on refugees because we were sort of refugees,” said Strauss, whose family fled to the Netherlands. “They threw us out of Indonesia in 1957. There’s always something personal involved.”

Strauss began to probe the possibility of a CityMusic project about refugees with Rebecca Schweigert Mayhew, the orchestra’s principal oboe and director of community engagement. They met with officials at the Cleveland Foundation who directed them to the Refugees Service Collaborative, which comprises 14 local organizations that help individuals and families make the transition from distant refugee camps to new lives in the Cleveland area.

The CityMusic project has grown into an endeavor with a budget of $149,000, all but $30,000 of which has been raised. The remaining funds, which will make possible a recording of Visconti’s new work, are being elicited through donations on the crowdfunding website Indiegogo.

Representatives from the refugee organizations are thrilled to assist CityMusic with the project. 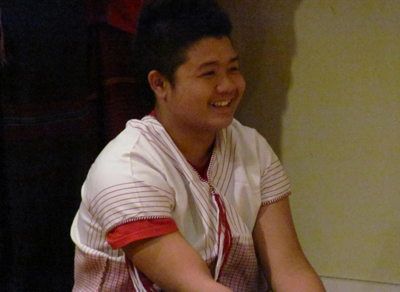 “We were intrigued by fact that they were trying to bring the story of the refugees to the people through a different medium,” said Eileen Wilson, director of refugee ministries at Building Hope in the City, a Lutheran organization. “We don’t bring it through music. We do it through one-on-one engagement or groups.”

Cleveland annually welcomes nearly 600 refugees who were forced to flee their native countries due to political or religious persecution. From 2000 to 2012, more than 4,500 refugees came to Cleveland as a result of placement by the Office of the United Nations High Commissioner for Refugees, which was established in 1950 by the United Nations General Assembly.

The refugees receive money for travel to the United States that they must pay back within five years. They are placed in cities where relatives or friends live, if they have any, or where refugee organizations are active.

“We pick them up at the airport, get them housing, get the children enrolled in school, help them find employment,” said Karin Wishner, executive director of the International Services Center. “We’ve settled over 13,000 refugees since the 1950s.” 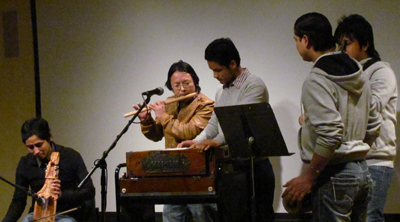 The refugees buy homes, start businesses, attend English classes and contribute to the local economy. According to a report prepared for the Refugee Services Collaborative by Chimura Economics & Analytics, “the total impact of refugees in the Cleveland area is estimated at $48 million and 650 jobs in 2012.”

Among those making contributions is Fanchon Salukombo, a native of the Democratic Republic of Congo who came to Cleveland in 2004 and works as a bilingual aid at Lincoln-West High School.

“When the war started [in Congo], I had trouble and was put in jail,” said Salukombo, 51. “I escaped to Uganda and the UN brought me here. I’m doing fine. I’m trying to work jobs. My kids go to school. Nothing is easy anywhere, not even in the U.S. You struggle and keep going and never quit.”

Salukombo is one of the refugees Mayhew contacted and invited to a CityMusic concert. She has spent recent months getting to know various refugee communities and tapping into their artistic gifts. 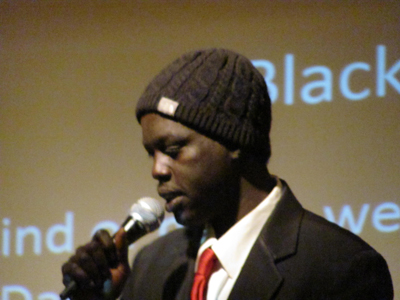 For chamber-music concerts at various locations in March titled “Journeys of Hope: They Did Not Choose to Come,” Mayhew has invited refugees from Bhutan, Burma, Burundi, Congo, Iraq, Nepal, Russia, Somalia and Sudan to perform songs and dances of their native lands.

They include Nepalese youngsters studying at Thomas Jefferson International Newcomers Academy who recently learned hip new choreography – set to Nepalese songs – taught to them by Annika Sheaff, a member of Cleveland’s GroundWorks DanceTheater.

“They’re supposed to feel included in the concert in a special way,” said Sheaff, who has taken part in projects offered around the world by Artists Striving to End Poverty (ASTEP), an organization based in New York.

Natividad Pagan, principal at Thomas Jefferson, has been a champion of immigrant and refugee education, partly through work with the Cleveland Metropolitan School District’s Multilingual Multicultural Education Program. 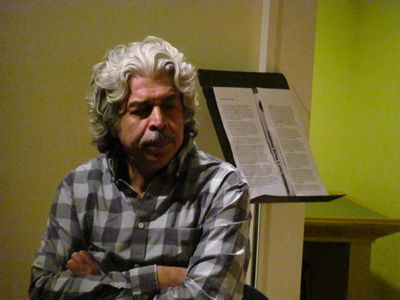 “CityMusic is a wonderful opportunity for students to celebrate their cultural history and work with artists and performers and refine what they already know and work in a team,” said Pagan, who was born in Puerto Rico. “It really enriches their experience.”

Santi Poudel, a native of Bhutan, works as a bilingual aide at Thomas Jefferson. He tells chilling stories of his experiences in a refugee camp in Maidhar, Nepal. When he arrived there in 1992, the camp had neither clean water nor sanitation. He helped develop a school for young children “to make them literate and understand the foundation of being a human being.” 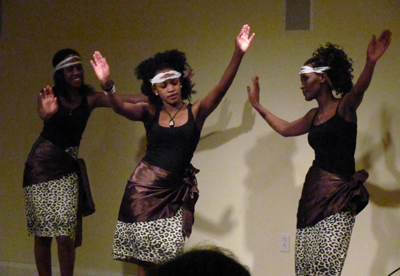 Poudel, 41, was finally able to leave Nepal in 2008, when the United Nations announced that 60,000 Bhutanese refugees would be brought to the United States. He became a U.S. citizen in September 2012 and lives in Lakewood with his wife and two daughters, one of whom was born here. Poudel will finish a master’s degree in urban planning at Cleveland State University this year.

“All of my relatives in refugee camps came here,” Poudel said. “There are 15 families and almost 65 people.”

Strauss and Mayhew hope many of the area’s refugees will attend the CityMusic concerts, partly so that they know how valued they are. 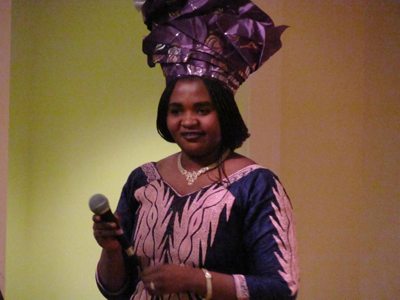 “Our goal is to increase awareness of Cleveland’s refugees, and to highlight the positive cultural and economic contributions they make to our city,” said Mayhew.

“There is enormous pressure on the refugees to assimilate, learn English and become Americanized. But it is very important for us – and them – to remember that the language, art, dance and music they bring with them are treasures to both of us.”

Donald Rosenberg is former music critic of The Plain Dealer, author of The Cleveland Orchestra Story: ‘Second to None,’ and immediate past president of the Music Critics Association of North America.

Photographs from the first “Journeys of Hope” concert on March 2 at Lakewood Public Library courtesy of CityMusic Cleveland.

Not such a bad thing, as it turns out. “Building Bridges Together,” which debuted as a video production on November 21, combined the strengths of two fine Cleveland performing arts organizations in a beautifully edited virtual event — bringing them into the same performing space for the first time through digital means. END_OF_DOCUMENT_TOKEN_TO_BE_REPLACED