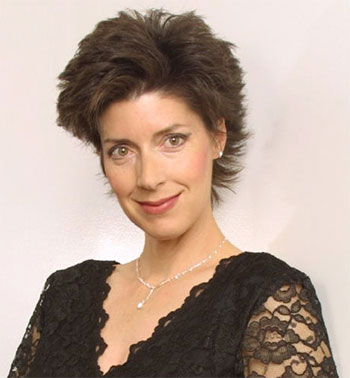 Since the premiere of Puccini’s Il trittico in 1918 at the Metropolitan Opera, the three one-act operas that comprise The Triptych have continued to be audience favorites. On Friday, Friday, April 19 at 7:30 and Sunday, April 21st at 3:00 pm, Cleveland Public Theatre’s Opera Company in Residence, Opera Per Tutti (OPT) will complete The Triptych cycle with productions of Suor Angelica and Gianni Schicchi.

“The time was right for us to take this on, “OPT founder and executive director Andrea Anelli told us by telephone. “We had a successful production of Il tabarro, and we wanted to finish The Triptych as well as to stage productions that involved a larger cast, and part of my goal is to provide other opportunities for area artists. Then of course there is my personal love of Puccini.”

Suor Angelica and Gianni Schicchi are co-productions with Cleveland Public Theatre (CPT) and Anelli says that being invited to become CPT’s resident opera company has made it possible for her company to produce larger-scale works. “CPT’s generosity, the use of the elegant Gordon Square Theatre along with box office and technical support as well as help with sets — it’s just a great collaboration.”

For these productions OPT continues their relationship with stage director Scott Skiba. “I love how he works,” Anelli says. “He was so great when we got around the table with both casts and talked about the vision for all of the characters at great length which is so important in operas such as these where everything is relational.” Anelli goes on to say “for example in Suor, we talked about how we want the audience to see the nuns as people, who have different personalities and just like in a family you need to learn to live together.”

Anelli, who plays the title role in Suor, says the challenge of performing the character is finding the balance between her appearing as someone who is often pre-occupied and yet not making her unreachable. “I think she has had to make a day-to-day life for herself and I didn’t want to play her as a tragic suicidal person the moment you lay eyes on her. I think Suor Angelica is a person who wants to make something useful of her life, but it is hard. So when there is no more hope that she somehow might get to see her son again, there is no longer a reason for her to fight.”

Although Gianni Schicchi receives only a brief mention in Dante’s Inferno, Schicchi is condemned to Hell for making the will of Buoso Donati highly favorable to Schicchi while impersonating the dead man. “The thing that I really love about the story is that it could take place at any time, anywhere,” Anelli laughs. “It’s basically about greed and what happens to people when they [become greedy] and almost no one is immune from that feeling. We all have a mercenary part of ourselves. We can watch them and say oh, those people are terrible but I don’t know anyone who is faced with the same situation who might not feel that they too hope they get left something in the will. Of course they take it a little far.”

Baritone Brian Keith Johnson will perform the role of the affectionate scoundrel, although Gianni Schicchi is the quintessential ensemble piece. “Vocally a lot is happening all of the time and all of the roles are quite challenging.” Anelli says the cast has spent a lot of time working on the nuances in their relationships with one another. “Everyone needs to be an individual and not just a greedy mass of people.”

But what would Puccini be without an orchestra? “I would love to have as many musicians in the orchestra as possible, but the orchestra is a big expense. Of course there is the piano option but I felt that I wanted to have more colors then we would have with just a piano.” Conductor Anthony Addison saw a solution to the orchestra dilemma. “Anthony thought that if we used strings and percussion and synthesized the wind parts, that would be the best solution.” And as the saying goes, necessity is the mother of invention, which led to the creation of OPT’s Innovative Orchestra Kickstarter campaign.

OPT’s innovative orchestra for this production will mix live acoustic orchestral instruments with sampled and synthesized electronic sounds, in an exploration of a potential opera-orchestra model that is sustainable in the current economic climate, and which allows OPT to offer tickets at an affordable price — even free to those members of the community who otherwise could not afford to participate in the operatic experience.

Anelli clearly sees the innovative orchestra as an experiment. She has full confidence that Addison’s orchestration will honor Puccini’s musical colors. “He’ll get the best effects possible from the available technology.”

What is it about Suor Angelica and Gianni Schicchi that keeps audiences coming back? Anelli thinks that is it the timelessness of the stories. “Despite the fact that [everyone on stage is singing] and stories take place in a different time, they are part of human nature. Whether it’s a mother’s love for her child or a person’s greed for something they think is rightfully theirs. These are two things that are not hard to understand. So I think it makes it easy for the audience to enter those worlds and to feel something for the characters.”

The first such video, capturing the October 20 performance of Resilience at First Baptist Church in Shaker Heights, delivered handsomely on that promise. Erica Brenner’s sensitive videography and audio mixing preserved brilliant performances of music that illuminated two troubled periods in history: the plague of London in 1665, and the outbreaks of cholera and dysentery that dampened but failed to defeat the human spirit at the end of the American Civil War two centuries later. END_OF_DOCUMENT_TOKEN_TO_BE_REPLACED

The Diamond Brass Quintet opened Rocky River Chamber Music Society’s new season on Monday, October 12 with nobody in the pews at West Shore Unitarian Universalist Church. Like most performances these days, the concert was only attendable online. The players were widely-spaced on the stage, plexiglass shields were in place to cut down on aerosol transmissions, and the quintet took two intervals to go outdoors and let the air in the sanctuary refresh itself. (Rehearsals had been held outside as well.) END_OF_DOCUMENT_TOKEN_TO_BE_REPLACED

“Bewitched,” the first subscription concert of this season by Les Délices, can be summed up in one word: sensational. In her introductory remarks, director Debra Nagy talked about the “Embracing Change” theme of the season and completely rethinking the concert experience for streaming. The detailed planning was in evidence throughout the program. “Bewitched” was not just a concert; it was a carefully planned musical film, with elements of drama and music appreciation, all in support of the inspired program choices featuring Medea and Circe, two famous witches (or sorceresses, if you prefer) of classical antiquity. END_OF_DOCUMENT_TOKEN_TO_BE_REPLACED

END_OF_DOCUMENT_TOKEN_TO_BE_REPLACED

Though it had amassed a vast trove of audio over the decades, The Cleveland Orchestra has come late to the game in the video department. Even so, the organization wasn’t about to rush to produce the equivalent of home movies to keep its patrons engaged while live events were on hold. END_OF_DOCUMENT_TOKEN_TO_BE_REPLACED

END_OF_DOCUMENT_TOKEN_TO_BE_REPLACED

Although it wasn’t the original plan to go online last weekend for the final round of the James Stroud Classical Guitar Competition, moving to a digital format suited the event well. Young performers Aytahn Benavi, Patricia Hernandez, Ian Tubbs, and Eric Wang played in the intimate setting of their own homes, giving everyone who tuned in a front row seat. END_OF_DOCUMENT_TOKEN_TO_BE_REPLACED