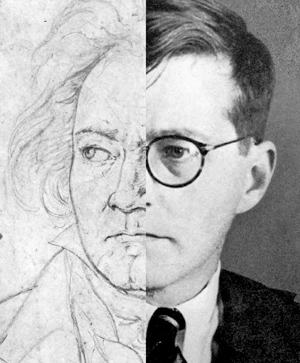 Franz Welser-Möst returned to the Severance Hall stage on Thursday evening to lead The Cleveland Orchestra in the first of three concerts on consecutive evenings that paired symphonies by Beethoven and Shostakovich under the banner of the orchestra’s “Fate and Freedom Festival.”

In a pre-concert chat in Reinberger Chamber Music Hall with director of artistic planning Mark Williams, Welser-Möst noted that he had been looking for a new way to program a Vienna Musikverein Beethoven cycle and credited the Takács Quartet with the idea of pairing Beethoven and Shostakovich on the same program. (The orchestra will repeat this three-concert cycle in the Austrian capital from November 20-22.)

Whether you care to go deeply into the philosophical and political similarities and contrasts between the two composers, as Welser-Möst did in his program book essay, or simply enjoy hearing a pair of their symphonies in close succession, there was a lot to stimulate the mind and the ear last weekend. Thursday evening’s short performance coupled Beethoven’s third symphony with Shostakovich’s sixth — each written during the composers’ thirty-third year.

Beethoven’s “Eroica,” whose dedication to Napoleon got scratched out of the score when the composer’s former hero crowned himself emperor, poses a challenge for twenty-first century interpreters: how do you make a piece that so effectively thumbed its nose at musical conventions in 1805 sound fresh in 2013?

Choosing to smooth over many of Beethoven’s transgressions of symphonic form and textbook harmonic procedures, Welser-Möst led a refined yet sweeping account of the opening movement that underplayed the composer’s jokes — like the false horn entrance before the recapitulation and his unprepared changes of key (shifting gears without using the clutch!) The inexorable tread of the second movement funeral march was interrupted by interludes of alluring lyricism but soon brought back to task by the military precision of the bass section. 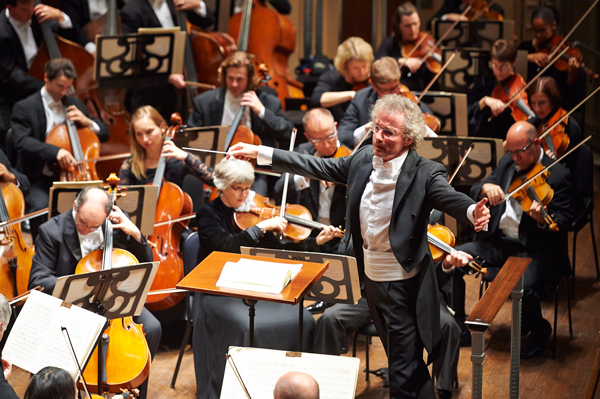 The rather smooth-edged Scherzo was adorned by glorious playing from the trio of horns before flowing seamlessly into the nicely-paced finale, which brought this seminal symphony to a stirring conclusion.

The Cleveland Orchestra is hard-wired for Beethoven and can bring any one of the symphonies from shelf to stage with just a little dusting off. For all of its fine qualities, Thursday’s Eroica felt a bit unsettled.

Shostakovich’s sixth symphony (1939) is another animal entirely. Cast in three movements, it chases a long, soulful Largo with two fast movements — first a Scherzo, and then what its composer called “a full-blooded and debauched music-hall galop.” The almost unbearable bleakness of the opening movement was relieved by beautifully blended unison passages where English hornist Robert Walters darkly colored the core of the low string sound, and a shining moment when Mary Kay Fink soared aloft in a lyrical piccolo solo. Snare drums ratcheted up the riot of brutal sound in the Scherzo and references to the William Tell Overture and laughing trombones added a hilarious burlesque quality to the finale.

Franz Welser-Möst and the orchestra seem to revel in the eternal ambiguity of Dmitri Shostakovich and gave the “sixth” a potent and visceral reading.

Joining a long list of arrangers, Parker Ramsay has now transcribed the Variations for the modern pedal harp, an instrument for which he holds a master’s degree from Juilliard, in addition to a degree in history from Cambridge University, plus a master’s in historical performance (organ and harpsichord) and an artist diploma (organ) from Oberlin. END_OF_DOCUMENT_TOKEN_TO_BE_REPLACED

As organizations gingerly take steps to open up for business, it’s refreshing to have new content to listen to and write about after a solid six months of archival footage. END_OF_DOCUMENT_TOKEN_TO_BE_REPLACED

END_OF_DOCUMENT_TOKEN_TO_BE_REPLACED

Over the past few years, Brian Giebler has visited Northeast Ohio in settings both orchestral and choral, and with repertoire as diverse as Stravinsky, Bach, and the local premiere of a new work. In his impressive solo recording debut a lad’s love, released on Bridge Records, the New York City-based tenor turns his focus to British songs from the first half of the 20th century — a mix of cycles and individual works — and tops off the playlist with a touch of the modern. END_OF_DOCUMENT_TOKEN_TO_BE_REPLACED

To steal a phrase from the third-century Greek philosopher Sextus Empiricus, the mills of the gods grind slowly, but they grind exceedingly fine. The same goes for Deutsche Grammophon. It’s been a dozen years since they were recorded in Hamburg in 2009, but the German company has now issued fifteen Rachmaninoff piano pieces magnificently and poetically played by Sergei Babayan. END_OF_DOCUMENT_TOKEN_TO_BE_REPLACED

END_OF_DOCUMENT_TOKEN_TO_BE_REPLACED

After considering all its options, Cleveland’s period ensemble Les Délices decided to fully embrace the idea of creating pre-recorded “shows” in the place of live, in-person performances this season. END_OF_DOCUMENT_TOKEN_TO_BE_REPLACED