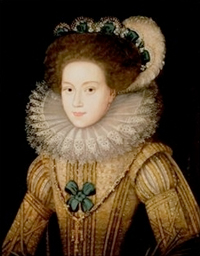 Performing music within its historical context with the help of images and spoken words can result in a rich experience for the listener when several streams run together to form a larger river. Mary’s life was full of the intrigue that makes her narrative worthy of an opera (Donizetti thought so), but Sunday’s program might have made some clearer links between events in Mary’s life and the music being sung.

To be sure, the playlist included composers in the British Isles who were tossed about linguistically, stylistically and often personally by the back-and-forth religious upheavals during the reigns of Henry VIII, Edward VI, the other (“Bloody”) Mary and Elizabeth I. But it also included works she probably never heard, written in cultures she never seems to have visited. Aside from a dozen years in France, she apparently spent her life on either side of the Scottish border, and may never have encountered polyphony by Spanish or Italian musicians.

The program ignored secular music — which Mary seems to have enjoyed, for she played the lute and virginals along with pursuing other royal entertainments like horsemanship and falconry.

That being said, Sunday’s large audience was treated to some glorious singing engineered by David Acres, who knows the tradition thoroughly and got his choristers to create amazing arcs of polyphony that sounded wonderful in Trinity’s Gothic space. The choir’s tuning and blend were close to flawless. Adding other sonorities to the proceedings, organist Elizabeth Lenti played short pieces by Cavazzoni and Tallis on the Cathedral’s large Flentrop organ with agreeable touch and phrasing.

Interleaved among such standards as Byrd’s Ave verum corpus, Victoria’s eight-part Ave Maria and Palestrina’s Super flumina Babylonis were rarer pieces like Clemens’s Ego flos campi, Rore’s Parce mihi Domine, Robert Johnson’s Dum transisset Sabbatum, Guerrero’s Ave Virgo sanctissima and Lobo’s Versa est in luctum — all delightful and lovingly performed. Only Lassus’s super-chromatic Timor et tremor sounded a bit shaky in its tuning. The concert ended with the most direct reference to Mary: Tallis’s solemn In manus tuas sets the very words that unfortunate lady mouthed from the scaffold before the ax fell. (Alas, the three brief spoken excerpts, including a prayer Mary wrote the night before her beheading, read by Denise Larkin from the cathedral’s pulpit, were mostly inaudible.)

Acres and the ensemble have made a fine beginning, and it’s terrific to have another skilled chamber choir performing regularly in Cleveland. Contrapunctus will be in residence at Trinity Cathedral, but will give its next program at the Cathedral of St. John the Evangelist on June 6 at 7:30 pm.

The history of classical music sometimes borders on mythology. The music on the Akron Symphony’s Saturday, February 22 program has taken on this fabled, quasi-historical quality — Mozart’s Requiem, Schubert’s “Unfinished” Symphony, and Beethoven’s over-finished Leonore Overture No. 3. Fortunately, in performance the music more than lived up to the story. END_OF_DOCUMENT_TOKEN_TO_BE_REPLACED

Cleveland’s Baroque Orchestra celebrated the Valentine’s Day weekend with four performances of “L’Amore: An Old Italian Valentine.” I heard the second concert on the evening of Valentine’s Day itself at St. Paul’s Episcopal Church in Cleveland Heights. Apollo’s Fire conductor and harpsichordist Jeannette Sorrell greeted the audience with the adage, “Italian is the language of music, of the angels, and of love.” END_OF_DOCUMENT_TOKEN_TO_BE_REPLACED

Every so often, the first seconds of a concert bring neither anxiety over how the rest will go nor twitchy overstimulation, neither boredom nor ecstasy, but a satisfying assurance. Some performances click right away, the musicians’ technique unimpeachable, their artistry and expression powerful, their manner warm but professional. Such concerts hold attention in a special way — the chances of a misstep negligible enough that listening never involves comparison to an abstract standard. In the Phaeton Trio’s recent tour de force in Rocky River, the initial gestures of the performance set a high standard that held throughout. END_OF_DOCUMENT_TOKEN_TO_BE_REPLACED

Musicians love a good metaphor: take, for instance, that of summiting a mountain. When a violinist speaks this way after playing all of Bach’s partitas, or a soprano recalls preparations for a Wagner opera, the image of the artist mounting some hostile peak offers implications of persistence, struggle, and of course triumph. Pianists might describe Beethoven’s sonatas this way. But how many have actually played at the top of a mountain? Archival video confirms that French pianist Pierre Réach literalized this image of the soloist at the summit over twenty years ago. A recent concert in Cleveland confirmed that the figurative Everest of Beethoven’s piano music still bears his banner as well. END_OF_DOCUMENT_TOKEN_TO_BE_REPLACED

The Cleveland Orchestra — or at least half of it — marked Valentine’s Day with a straight-through, 50-minute concert led by Belgian early music guru Philippe Herreweghe. The February 14 performance, marketed as a romantic evening of orchestral classics, played to a packed house (marketing works!). END_OF_DOCUMENT_TOKEN_TO_BE_REPLACED