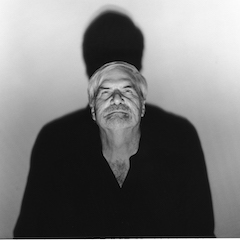 The programs will also include premieres by Cleveland State composition students Adonai Henderson and Sean Parks, works by Kati Agócs and Philip Blackburn, and a performance by cimbalom virtuoso Chester Englander, the start of a two-season partnership with No Exit that will include a commissioning and recording project.

During our conversation, Underhill was contemplative and curious, not angry, about those who tailgate and weave back and forth to get ahead on the road.

“If you want to get deep about it,” he said, “it sort of evokes the self-involved nature of people. They’re in their own cars with their own music blasting, they’re not paying much attention to other people, and they’re having their own experiences as they drive. There seems to be a death wish there too, but you can’t psychoanalyze them — you can’t even see who they are, the way they drive.”

Passing Lane is an “adversarial” piece between two drivers — two instruments. “The violist smacks the bow on the piano strings, and later on I take a pencil and hit the viola strings,” Underhill said. “It doesn’t actually damage the instruments but creates a contentious atmosphere.”

In one moment, the music gets quiet and serene. Here, Underhill imagines that the drivers have pulled over to indulge in a “Heart Attack Mac” and an energy drink — “something that would keep you on edge and able to drive at 90 miles an hour,” the composer said. That’s not to say he doesn’t like fast food. “I’m attracted to it, but I try to resist it,” he said, laughing.

The tone of the piece is absolutely meant to be light, both for performers and listeners. “No one’s going to yell at me if I mess up my own piece, and James seems to have a very fun attitude towards it as well,” Underhill said. “A lot of times, you feel like you have to give a really serious performance. Maybe it’s a premiere, and you could affect that composer’s career. It’s nice to have an interlude from that — and for the audience too. Some of the pieces we play are so heady, and this one’s clearly not.” 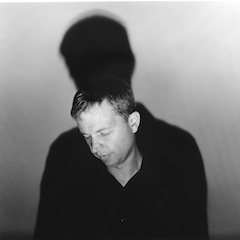 Underhill actually wrote Passing Lane in 2015 for himself and Tom Bowling, then the violist in No Exit. “I thought he would have the sense of humor required to do something like this,” the composer said. But Bowling left the group and moved to Texas, and convenient performance opportunities failed to present themselves until now. Either way, Underhill said the piece fits Rhodes (pictured right) even better. “He’s the most benign and affable personality, but adventurous too. It’s perfect for him and me.”

Coming back to Passing Lane four years after writing it, the composer said it’s like a new work for him. “There’s the same feeling as when you’ve gotten a tough piece from another composer — it’s like, ‘Why did that rascal write that?’”

The other works on these programs deserve some digital ink as well. Kati Agócs’ 2012 Saint Elizabeth Bells (which will feature Chester Englander) was written in memory of her father, who in semi-consciousness may have heard the bells of Saint Elizabeth Cathedral in Budapest during his last days in a nearby hospital. She writes:

Every phrase of the work’s nine-minute trajectory comes out of the natural intervals of the bell sounds as I mis-remember (and imagine) them, with the purest version — and the part that I composed first — heard near the end.

Among his many endeavors, Philip Blackburn is known as a composer and environmental sound artist: his works have been heard in harbors, forests, and drifting out of storm sewers, as well as in more traditional settings. Air, written in 1984 as his first paid commission, is packed with counterpoint. He writes that listeners may count up to 87 canons in the clarinet line alone, adding:

The musical gestures may well relate to my speech patterns as well as the fact that, during the composition process, I had to rotate my body very slowly in front of the fireplace to keep warm in my mother’s chilly house that winter.

Adonai Henderson’s ngoma evokes the rhythms of African and African Diasporic cultures, and is meant to give the illusion of a small percussion ensemble, while Sean Parks’ Species Plantarum, Liber II takes inspiration from the composer’s interest in plants — the movement titles are taken from the binomial Latin names of members of his own tropical and subtropical collection.

END_OF_DOCUMENT_TOKEN_TO_BE_REPLACED

Then, you heard all the qualities that make for a stunning soloist. Winner of the 2013 Cleveland International Piano Competition, Khristenko was back in town this month for a recital in Piano Cleveland’s summer series, Piano Days @CLE. And he couldn’t help but revel in the spotlight a little, even as he settled into a more collaborative role at the keyboard for his program, “Stanislav and Friends.” END_OF_DOCUMENT_TOKEN_TO_BE_REPLACED

Now, both pieces on Saturday might be called one thing, but they really sound like another. “Symphony” is a title that would fit Sergei Rachmaninoff’s Piano Concerto No. 2, as well as John Adams’ modern masterpiece for orchestra, Harmonielehre. END_OF_DOCUMENT_TOKEN_TO_BE_REPLACED

And the Orpheus effect has everything to do with who’s not onstage. The New York City-based group has rehearsed and performed without a conductor since its founding in 1972, and this means its members share the musical authority that typically rests with one person. Multiplied by a dozen or so, the interpretation of a piece suddenly emanates from every player, from the concertmaster to the double bass, resonating with a kind of collective power. END_OF_DOCUMENT_TOKEN_TO_BE_REPLACED