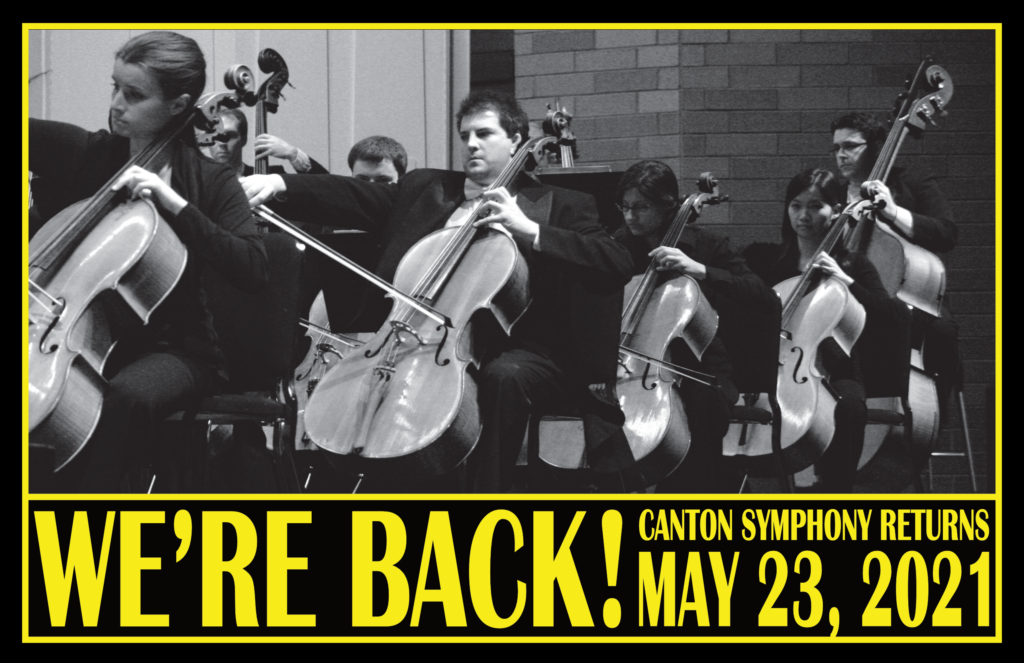 Reasons to be cheerful: they’re back! The May 23 concert by the Canton Symphony Orchestra marked the first time in more than a year that the ensemble has performed live at Umstattd Performing Arts Hall. This occasion was certainly an important step on the road back to cultural “normalcy” as we recover from the dreadful pandemic shutdown.

For a May 21 article by Ed Balint in The Repository (Canton’s daily newspaper), CSO president and CEO Michelle Charles said of the concert, “That’s what we do, that’s what we love and that’s why we exist, to perform music live. You do take for granted how readily available (classical music) is until it’s not. So I think it’s going to be very emotional.”

Noting the special significance of the concert to Gerhardt Zimmermann, CSO music director and conductor since 1980, she added, “It’s been so long, and Canton has held a special place in his heart for many, many years. I think it’s going to be more emotional for him than anyone.” The emotional factor becomes even more resonant when considering Zimmermann’s own battle with coronavirus which led to weeks of hospitalization and rehabilitation in 2020. He’s still not at optimal strength, and consequently conducted the program while seated on a raised platform.

This short concert (with no intermission) was an altogether unique sensory experience, and not a CSO business-as-usual affair. Zimmermann chose just two works to be on the program: Mendelssohn’s String Octet, and Mozart’s Symphony No. 29. COVID protocols were in place. Umstattd Hall, a 1,400-seat venue, felt eerily empty as the audience was limited to a total of 300 attendees, most seated in socially distanced manner, and all required to wear masks, as were the musicians spaced widely across the stage.

From the very start of Mendelssohn’s grand Octet, the palpable esprit de corps between Zimmermann and the ensemble (four violins, two violas, two cellos) was a pleasure to behold — inspired and inspiring. At once fiery and flamboyant, delicate and precise, the vigorous sound emanating from this small group during the first movement (and for that matter the entire work) was a warm embrace of the inventive composer’s youthful panache, and his instructions that the work “…be played by all the instruments in a symphonic orchestral style. Pianos and fortes must be strictly observed…”

Mendelssohn’s Octet is a masterpiece calling for virtuosity from all the players to varying degrees, but none more so than from the first violin. Here, the vibrant playing by Emily Cornelius was exquisite. Her arpeggios often soared to ravishing heights above the intricate syncopations and lovely harmonies being crisply articulated beneath. 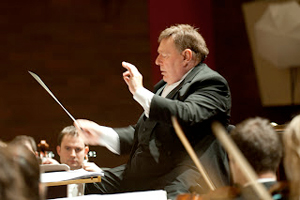 Pausing after the long first movement, Zimmermann turned briefly to the audience and with a broad smile said, “How sweet it is.” Then it was on to the gentle textures and beautiful phrasing of the lyrical Andante movement, followed by the bewitching Scherzo, seemingly transporting us to a magical forest wherein nocturnal spirits scurry about. And finally, the robust fourth movement Presto. Here was a dazzling, ebullient romp, truly symphonic in scope, first announced by the cellos, then quickly rippling through the whole ensemble at a furious tempo with an explosive, infectious energy.

That same spirit of infectious energy was present in a rousing performance of what is widely considered to be Mozart’s first true symphonic masterpiece, his Symphony No. 29. Though originally scored for a smaller-scale orchestra (here there were 29 instruments including strings, a pair of oboes and a pair of French horns), the CSO dispatched all of Mozart’s vigor and lyricism, his melodic grace and frolicsome wit, with impressive clarity and sonority, all of it bringing a grateful audience to its feet.

In his brilliant virtual pre-concert lecture, MJ Albacete noted that both works on this program were written when the composers were astonishingly young — Mendelssohn was seventeen years old, Mozart was eighteen — and were of major importance in their respective aesthetic evolutions. Further, he offered this moving personal observation about what he called a subliminal connection between the works and their symbolic meaning for our current time and circumstances: “Both begin in joy, descend into a period of serenity — you might even say melancholy — but revive with hope and expectation and conclude with a sense of triumph and rejoicing, returning to the way things were not so very long ago. Great music can also be a remedy for the spirit and the soul. So may it be for all of us in the days and weeks to follow.”

How sweet it is indeed.

END_OF_DOCUMENT_TOKEN_TO_BE_REPLACED

Rodgers & Hammerstein’s Cinderella was originally produced for television in 1957 — seven years after the animated Disney film was released — and starred Julie Andrews. According to the Rodgers & Hammerstein website, it was viewed by over 100 million people. END_OF_DOCUMENT_TOKEN_TO_BE_REPLACED

The story line has its origin in an 1855 play and an 1842 farce that Thornton Wilder mined for his 1938 play The Merchant of Yonkers. When that turned out to be a flop, in 1954 Wilder made the crucial decision to re-center the show around the character of the legendary marriage broker Dolly Gallagher Levi and renamed it The Matchmaker. END_OF_DOCUMENT_TOKEN_TO_BE_REPLACED

The Dodero Center for the Performing Arts at the Gilmore Academy in Gates Mills is one feature of an impressive campus. The auditorium is shallow, the stage is deep, and the ensemble played without a shell. Throughout the program, the sound, especially in instruments’ lower registers, tended to disappear. END_OF_DOCUMENT_TOKEN_TO_BE_REPLACED