It’s February, and that means another lovely installment in the Amici Quartet’s multi-year Beethoven cycle for Arts Renaissance Tremont at Pilgrim Congregational Church. This year’s program on Sunday, February 10 included two quartets in the key of A that span the composer’s career. The Op. 18, No. 5 quartet is a jovial work with dark undercurrents from Beethoven’s first collection of six quartets published in 1800, while the late Heiliger Dankgesang quartet, Op. 132 from 1825, features a profound and patiently unfolding slow movement.

Violinists Miho Hashizume and Takako Masame, violist Lynne Ramsey, and cellist Ralph Curry — all members of The Cleveland Orchestra — played the early quartet with a feathery lightness. Hashizume handled the virtuosic first violin part with ease. The three fast movements were a joy to hear, but the variation-based third movement was easily the highlight of this performance. The theme was beautifully songful, while the ever-more elaborate variations captured a verdant atmosphere with twittering birds and a rugged folk jamboree along the way. Indeed the Amicis’ reading suggested the intimacy of friends playing this lovely quartet together.

Following intermission came the late quartet — Beethoven’s longest at 45 minutes, and some of his best music. Following a stark opening, the obsessive first movement proceeds with intense paragraphs of sweeping fast music. The happier scherzo busily piles up lots of small ideas, while the contented drone-based trio pleasingly bubbled along in the hands of the Quartet.

Beethoven’s full title for the slow movement, written after a near-fatal illness, translates as “holy song of thanksgiving of a convalescent to the divinity, in the Lydian mode.” The Amici beautifully paced this Molto Adagio that juxtaposes profoundly archaic modal counterpoint with celebratory D-major sections marked “feeling new strength.” The gorgeous slow counterpoint over the movement’s 18-minute duration was the definition of sublime — so patient and determined to speak fully that it creates a holy, almost bewildering atmosphere.

The short bouncing march and Masame’s blustering violin recitative-cadenza led straight into the passionate finale that ends in a blaze of A-major glory. The Amici clearly put a lot of thought and time into their interpretation of this grand monument of music for string quartet. 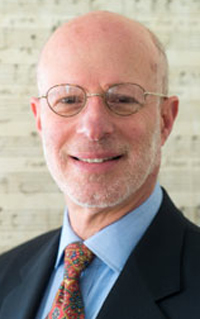 As the Amicis’ cycle continues and the remaining quartets get longer and harder, it is now currently projected to end two seasons from now in 2021. But as mentioned in the program and ART’s Artistic Director Chris Haff-Palluck’s remarks, the project will lose the informative previews from Donald Rosenberg (left), who will soon be moving out of state. Best wishes to Rosenberg as he leaves Northeast Ohio after decades as one of its most important writers on classical music.

END_OF_DOCUMENT_TOKEN_TO_BE_REPLACED

Franz Welser-Möst led the final bows on Saturday night at Severance, like the star of any show should. The Cleveland Orchestra’s music director is in his element presiding over the ensemble’s annual opera production, which this season packs the drama. Verdi’s Otello — in a concert staging that opened May 21 and runs for two more performances (May 26 and 29) — demands big voices, instrumental forces to match, and a conductor who can give it all shape and direction. END_OF_DOCUMENT_TOKEN_TO_BE_REPLACED

The cimbalom was the feature of the show, an instrument capable of taking on many personas. Its performer, Chester Englander, has shaped his career around the instrument, and has inspired composers to write more repertoire for it, some of which was presented on the program. END_OF_DOCUMENT_TOKEN_TO_BE_REPLACED