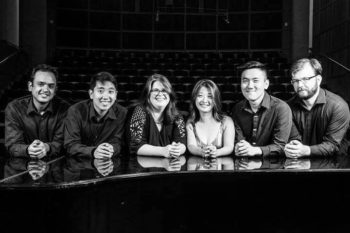 “I’m honored to be a part of this series, and I learned a lot about Boulez when choosing this repertoire, pianist Shuai Wang said during a recent conference call that included flutist Madeline Lucas Tolliver. “I remember hearing a concert Boulez conducted with The  Cleveland Orchestra when I first came to CIM to study — it was amazing,” Wang said.

Lucas Tolliver agreed that being part of the Boulez Legacy series is an honor. “I remember attending a talk that he gave in Harkness Chapel on February 5th of 2010. It’s still etched in my mind. It was inspiring to be in his presence, and to see how gently, and yet with such authority he commanded the attention of everyone in the room,” she recalled.

The program will open with Messiaen’s duo for flute and piano, Le merle noir (“The Blackbird”) from 1951. “It is fitting to include this piece on the program since Messiaen was one of Boulez’s first teachers, and Boulez was one of Messiaen’s first students at the Paris Conservatory,” Lucas Tolliver said. “The two composers did perform together as pianists, and they never had a split in their professional relationship — they were forever friends.” 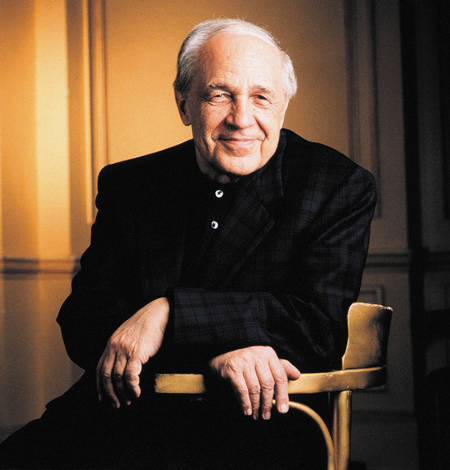 Boulez’s Improvisé — pour le Dr. Kalmus for flute, clarinet, viola, violoncello, and piano was written in 1969 as part of The Garland — eleven composers were invited to write short pieces to celebrate Kalmus’s 80th birthday. In addition to the Boulez, the concert included the world premieres of Peter Maxwell Davies’ Eight Songs for a Mad King and Harrison Birtwistle’s Linoi II. “I wanted include a work that would highlight the members of Ars Futura,” Wang said. “It’s a short but very exciting piece. And it’s a straightforward work for Boulez.”

Lucas Tolliver added that she had always assumed that Dr. Kalmus was the Kalmus of the famous publishing family. “But this is Alfred Kalmus, who was the chief of the London branch of Universal Edition, the only publisher of Boulez’s music and no relation to Edwin Kalmus.”

Written in 1968 on a commission from contemporary harpsichordist Antoinette Vischer, Ligeti’s Continuum for harpsichord has become a classic in the contemporary harpsichord repertoire. “It is typical Ligeti,” Wang said. “The score has no bar lines, and it’s continuous notation. And as the title suggests, it keeps on going and changing. I’ve wanted to play the piece for a long time, and I’m very excited to have the opportunity.”

When she was asked to curate a program for the Boulez Legacy series, Wang said the first piece she considered was Boulez’s Sonatine for flute and piano. “I do think of it as the center of the program, which is why it ends the first half.”

Written in 1946, Sonatine is one of Boulez’s earliest published works, as well as an early example of the composer’s use of serialism. “The piece does have a tone row that is revealed at the very beginning by the flute,” Lucas Tolliver pointed out, “but everything goes by so quickly that to the listener, the fabric of the piece is just texture and sound.”

The flutist said that learning the piece has became a lifelong project. “It is one of the most difficult yet most rewarding pieces I have ever spent time on,” she said. “Right now I feel like I am living and breathing the piece,”

John Cage’s Sonata for two voices dates from 1933. The piece can be performed by any single voice instrument — in this case, violin and cello. “Cage and Boulez were friends early in their careers, and Cage went out of his way to bring Boulez to the United States,” Wang said.

The program will conclude with Davidovsky’s Flashbacks (1995), for flute (piccolo and alto flute), clarinet (bass clarinet), violin, violoncello, piano and percussion. “I think his music could be considered a natural extension of the foundation that was set by Boulez,” Lucas Tolliver said. “Like Boulez, he has given precious care to every detail in the piece. During my research I came across several concert programs where Boulez had programmed Davidovsky’s music in the 1970s and ‘80s.”