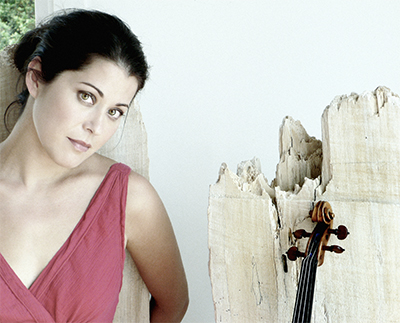 Under the baton of Gerhardt Zimmermann, the final program of the Canton Symphony Orchestra’s MasterWorks season was yet more compelling proof of this ensemble’s consummate artistry. I have always enjoyed closely observing and listening to audience reactions, and on this occasion, awestruck wonder was the order of the evening throughout the performance of two masterpieces of the Romantic spirit: Brahms’ Violin Concerto and Rachmaninoff’s Symphony No. 2. In the process, we witnessed the most magnificent performance by a guest soloist in recent memory.

That honor goes to violinist Jennifer Frautschi. From the outset of the Brahms Concerto, she was a stunning presence, her playing a breathtaking conflation of grace and grit, and at times downright ferocious. The riveting breadth of her virtuosity — particularly powerful in her cadenza at the end of the first movement — along with her deep sensitivity to the music’s nuanced lyrical flourishes, worked flawlessly to conjure a wholly gripping emotional experience.

This was no small feat, considering Brahms’ ceaseless and daunting technical challenges to the soloist. Beyond the sheer agility and wide span required of the violinist’s fingers, there’s the necessity for consistently strong intonation so as not to be drowned out by the lush sonority of the orchestral arrangement, which was never intended to be merely a soft accompaniment to the soloist’s bravura colorings. In that regard, Frautschi and the ensemble achieved a mesmerizing equipoise. Each navigated the work’s ebb and flow of Brahms’ rich melodic developments in a mutually energizing manner.

Energized indeed, the performance of the Rachmaninoff Symphony was every bit as enthralling. When played as originally written, the Symphony is about an hour-long adventure, including an unusually lengthy first movement. It’s not an uncommon practice for conductors to make some judicious cuts, as Zimmermann did on this occasion. But his editing did nothing to weaken or diminish Rachmaninoff’s masterful command of lyrical suspense and forward thrust.

It’s a mastery given dramatic clarity by an electrifying ensemble. From the churning storminess of the first movement, into the sparkling syncopations of the lively second, on to the lovely and wistful Adagio — featuring an exquisite, haunting solo by principal clarinet Randy Klein — and on through the festive and triumphal finale, this inspiring orchestra once again served up an invigorating elixir of transcendent musicality.