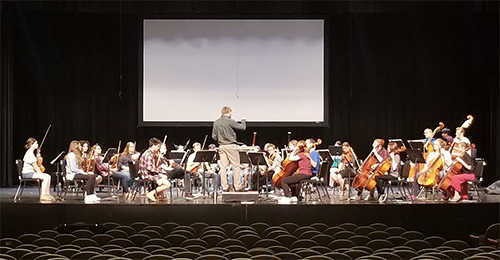 For those of us who had the good fortune to be part of a youth symphony system, we cherish those days fondly for the rest of our lives. We remember the first time when, while still young students, we were invited to join the ranks of a professional orchestra. All of a sudden, you realized that you had entered a whole new ballgame.

On Sunday, February 16 at 3:00 pm in Umstattd Hall, members of the Canton Youth Symphony will have that opportunity when they join with the Canton Symphony for side-by-side performances of Sibelius’ Finlandia and Walton’s Crown Imperial Coronation March, under the direction of Matthew Jenkins Jaroszewicz. The program will also include Nicolai’s Overture to The Merry Wives of Windsor and Beethoven’s Symphony No. 6 (“Pastoral”) performed by the Canton Symphony. A concert prelude with Jaroszewicz begins at 2:00 pm. Tickets are available online.

“I am very excited about this opportunity,” CYS concertmaster Karl Helmuth said in a conference call during his morning study hall at Hoover High School, where he is a junior. “It’s a privilege to be playing next to professionals. That said, we need to be on our ‘A game’ at the rehearsal. We need to be prepared and know what we are getting ourselves into. We are putting in the work to be ready to perform at the highest level, but we are also enjoying the process.” 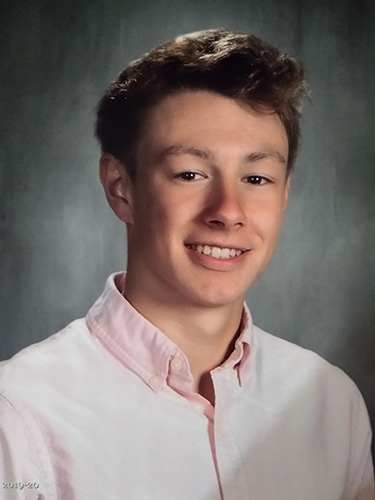 Helmuth said that while he is feeling some extra pressure with this concert, he’s approaching it as a fun opportunity and nothing that he should get too stressed about. “It’s going to be very helpful for me to understand what it is like to be in a professional setting.”

Rachel Hagemeier, the Canton Symphony’s Director of Education and Community Engagement, a title that includes managing the Youth Symphony, said that the development program consists of three groups with a total of 81 participants. The 35 members of the advanced ensemble will be playing with the CSO on Sunday.

“This type of program is important in the evolution of young people,” Hagemeier said. “I think you can tell from Karl just how wonderful our kids are. My goal is to make their experiences the best that they can be, and to work with Matthew (Jaroszewicz) to choose music that will help them grow as musicians.” 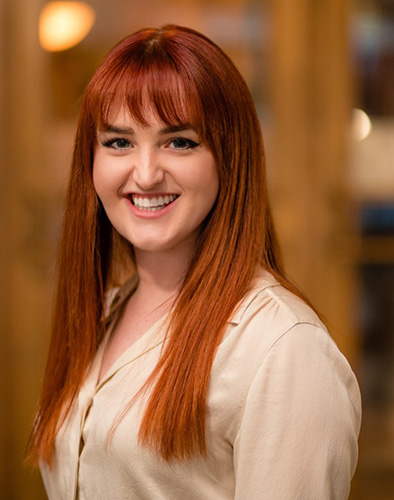 Hagemeier recalled the benefits she experienced from being part of a youth orchestra. “It helped me grow as a player because I was challenged by the music — it was more difficult than what I was playing in my school. And it helped me get to know people outside of my immediate circle. Karl gets to sit next to people from six different counties — students are coming from everywhere to make music together. It pushes them to develop communication and leadership skills, and to make sure that they are the best versions of themselves.”

Helmuth, who has been a member of the Canton Youth Symphony program since the fifth grade, noted that the ensemble has had some experience playing the music of Sibelius. “Last year we worked on his Second Symphony with Matthew,” the violinist said. “Finlandia is a very different piece but you can still hear Sibelius’ musical trademarks. The greatest challenge that my section is going to have to deal with is working in the upper register, but we’re progressing quite well in the rehearsals. And working with the professionals is going to help with that a lot. So, I’m feeling confident.”

Unlike Finlandia, which Helmuth described as “a tug at the heartstrings” piece, he said that Walton’s Crown Imperial Coronation March has a “jolly English feel to it that makes it a lot of fun to play.” He added that both pieces are going to be in “very good shape” come Sunday.

“When Karl says they’re in good shape, they are,” Hagemeier said. “At the auditions we knew this would be an amazing year — all three ensembles are chock-full of talent, not just the advanced orchestra. It shows that the program is moving forward, and that this region of Ohio has a lot to offer.”

Helmuth agreed. “The level we are playing at is the highest that I’ve been a part of during my time in the CYS. It’s very exciting to see all these people coming together from different places with a common goal of playing music the best we can. And, I think we’re doing that.”

END_OF_DOCUMENT_TOKEN_TO_BE_REPLACED

Rodgers & Hammerstein’s Cinderella was originally produced for television in 1957 — seven years after the animated Disney film was released — and starred Julie Andrews. According to the Rodgers & Hammerstein website, it was viewed by over 100 million people. END_OF_DOCUMENT_TOKEN_TO_BE_REPLACED

The story line has its origin in an 1855 play and an 1842 farce that Thornton Wilder mined for his 1938 play The Merchant of Yonkers. When that turned out to be a flop, in 1954 Wilder made the crucial decision to re-center the show around the character of the legendary marriage broker Dolly Gallagher Levi and renamed it The Matchmaker. END_OF_DOCUMENT_TOKEN_TO_BE_REPLACED

The Dodero Center for the Performing Arts at the Gilmore Academy in Gates Mills is one feature of an impressive campus. The auditorium is shallow, the stage is deep, and the ensemble played without a shell. Throughout the program, the sound, especially in instruments’ lower registers, tended to disappear. END_OF_DOCUMENT_TOKEN_TO_BE_REPLACED