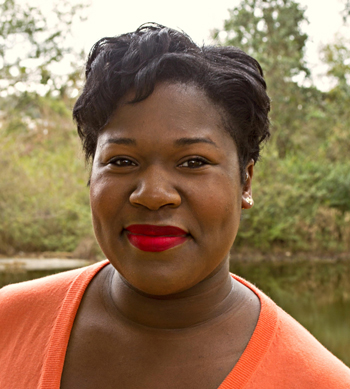 Stories of two women will take center stage this week when the Cleveland Institute of Music Opera Theatre, David Bamberger, director, presents the double bill of Giacomo Puccini’s Suor Angelica and Gian Carlo Menotti’s Amelia al ballo. The first recounts the tragic tale of a young girl who is sent to the convent for disgracing her family after giving birth to an illegitimate son. The second finds a wealthy socialite who will stop at nothing in order to attend the ball.

Harry Davidson will conduct the student cast and the CIM Orchestra in performances beginning on Wednesday, November 9 at 7:30 pm in Kulas Hall. The production continues through Saturday with 7:30 pm curtains on November 10, 11, and 12.

During a recent telephone conversation, soprano Renée Richardson (above), who will sing the title role of Puccini’s opera, said that she understands how terrible it must be for Sister Angelica to have been separated from her child and sent to the convent. “But at the same time there is a beauty in the longing that she has for her son. That glimpse of hope helps her get through each day because she thinks he is alive and will see him again.”

Pointing out that the nuns at the convent are sometimes Chatty Cathys, Richardson said that is part of what makes portraying her role difficult. “The other sisters have these fun, gossipy scenes, but my character sticks to herself, attending to her herbs and flowers. That is a challenge for me, because I am used to interacting with other people,” the Springfield, Pennsylvania, native said.

The opera’s tragedy occurs after the young nun’s aunt informs her that her son has died. “She decides to commit suicide in order to be with him. She drinks poison, but then realizes that she is damned to hell. This is where I have to abandon Renée and become Angelica. The most beautiful, heart-wrenching part is when I’m on the floor dying, because of the way the music keeps building and building.”

Although Richardson loved Puccini’s music from the beginning, it took time for her to understand her character. “I am feeling more connected to Suor Angelica, because I respect her so much for everything she has gone through. Even though there’s a week to go, I feel like I’m learning more and more about her each day.”

In contrast to the somberness of Suor Angelica, Menotti’s Amelia al ballo (“Amelia goes to the ball”), the composer’s first opera to gain critical acclaim, is riddled with buffoonery.

The socialite Amelia, while preparing to go to the first ball of the season, is confronted by her husband. He demands that she tell him the name of her lover. When she reveals that it is their upstairs neighbor, pandemonium ensues. After she smashes a vase over her husband’s head, the police arrive, the lover is arrested for burglary, her husband is taken to the hospital, and Amelia leaves for the ball with the Chief of Police.

“I don’t think there’s anything Amelia won’t do in order to go to the ball,” soprano Jennifer Robble, who will sing the title role, said during an interview. “She’s a wealthy socialite, and the world revolves around her parties, so for her it’s all about being seen. She wants to have her adoring public admire her.”

Robble admitted that she initially found her character to be that type of shallow person who only thinks of herself. “That didn’t make me hate her, but I had to figure out why attending the ball is so significant for her,” the Binghamton, New York, native said. “One reason is that she doesn’t get to do much else. She’s a wealthy woman in a time when women are limited in what they can do, so this is her thing.”

When asked about smashing the vase over her husband’s head, Robble said, “That’s so much fun. We did that scene last night and it was terrifying. I was convinced I was going to be that 2% chance that something could go wrong.”

Because the opera is rarely performed, and the only recording was made in 1954, Robble was presented with an opportunity to create the role on her own. “I had never seen the opera, nor had I heard the music, so it was exciting to go into this with no preconceived notions about the character. It was wonderful to be able to unearth everything myself rather than build on what others had previously done with the role. It’s been a challenge, but I’ve really fallen in love with Menotti’s music. It’s just a lot of fun to sing.”

Renée Richardson and Jennifer Robble agree that these two very different operas make a great double bill. “I was able to watch the Amelia run-through yesterday, and I couldn’t stop laughing,” Richardson said. “It’s funny how opposite the operas are, but I think the audience will react well to them as a pairing. After all of the death and dying in the Puccini, the audience can come back after intermission and see this bubbly character who is set on getting what she wants.”

It might seem that there’s not a lot left to discover after three decades of experience with the Red Priest’s charming and evocative score, but this performance boasted a secret weapon: the young Spanish violinist Francisco Fullana, now the Orchestra’s artist-in-residence, whose affecting personality and easy virtuosity raised the solo part a quantum leap above the merely extraordinary. END_OF_DOCUMENT_TOKEN_TO_BE_REPLACED

END_OF_DOCUMENT_TOKEN_TO_BE_REPLACED

The Cleveland Orchestra’s second performance of the new season on Sunday afternoon, October 17 at the newly renamed Mandel Hall at Severance Music Center was just such an occasion. If the ensemble’s return to public concerts under the baton of Franz Welser-Möst wasn’t enough reason to light a bonfire, the Cleveland debut of a new work written for one of the Orchestra’s most popular soloists, and the swan song of one of its longest-serving members added extra fuel to the celebration. END_OF_DOCUMENT_TOKEN_TO_BE_REPLACED