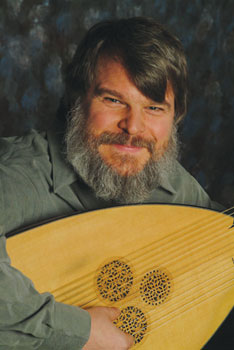 The life of a court musician during the Renaissance was not that bad. “They were highly paid, highly prized, and were provided with great instruments and a lot of flexibility to travel to other courts and meet other musicians,” lutenist Paul O’Dette noted during a recent conversation. “There were a lot of opportunities particularly for the lute players. Because it’s a very quiet instrument, they were given security clearances to parts of the court that others were not permitted to be in — meaning the private chambers of the monarch.”

On Saturday, February 23 at 7:30 pm at Plymouth Church, O’Dette will present a concert titled “The Secret of the Muses,” featuring works by Vieux Gautier, Giovanni Girolamo Kapsberger, Nicolas Vallet, Robert Johnson, and Daniel Bachelar, performed on a 10-course lute built by Ray Nurse after Hans Frei. Due to the softer nature of the instrument, the concert will be held in the intimate Herr Chapel. The evening is part of the Cleveland Classical Guitar Society’s International Series. Tickets are available online.

What is special about a 10-course lute? (No, the evening does not include a 10-course meal.) O’Dette explained that a course is a pair of strings tuned to the same pitch or to an octave, and that during the 16th century lutes were primarily 6-course instruments akin to a 12-string guitar.

In the late 16th century, instrument makers began to expand the bass register, first by adding a 7th course, then an 8th, a 9th, and finally a 10th. “The basic tuning of the top six strings remained the same — all they did was add four pairs of bass strings.”

O’Dette said that what is interesting about Saturday’s program is that it has one foot in the Renaissance and one in the Baroque. “It’s a kind of hybrid instrument and therefore hybrid repertoire, which combines Renaissance counterpoint and dances with the new emergent Baroque style. So, you see the new and old side by side.” To read his expansive program notes, click here. 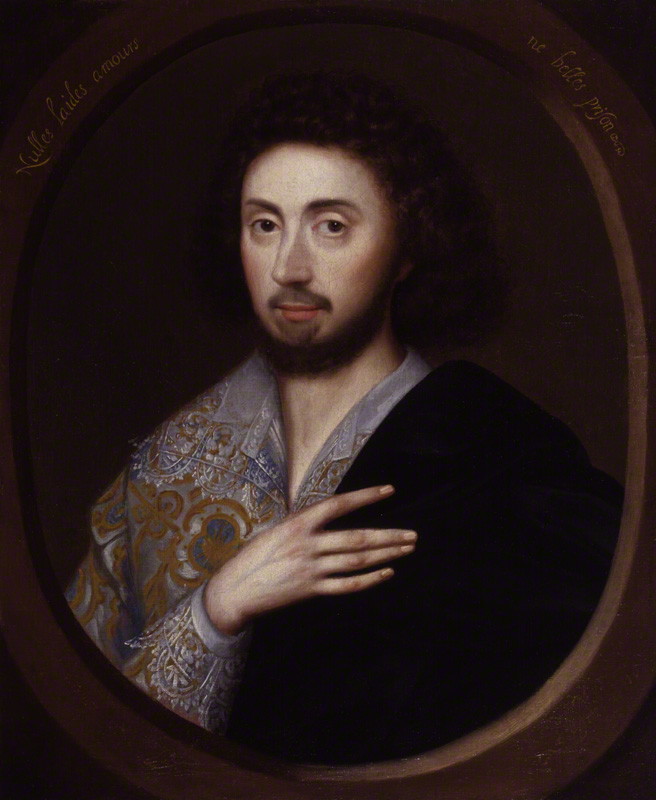 When creating the program O’Dette consulted two sources, the first being Lord Herbert of Cherbury’s Lute Book. “He was James I’s ambassador to France. Like many people at that time, he was an amateur lutenist and kept a large book of all the best pieces that he came across. It’s a combination of English, French, Italian, Polish, and so forth. I’ve created programs from this book for 30 years because it’s such outstanding quality and variety.”

The second part of the inspiration behind the program comes from Nicolas Vallet’s Le Secret des Muses from 1615. “He was from a Protestant family and after the assassination of Henry IV, his family fled France and moved to Amsterdam. Vallet was a prominent lute teacher, and was Queen Elizabeth’s principal court lutenist.”

O’Dette will open his program with pieces by Vallet, the first of which is a set of variations on a popular French Renaissance folk song. “That is followed by a Courante, a very new dance in the early 17th century that became Louis IV’s favorite, and the earliest surviving Chaconne is at the end of that group.” 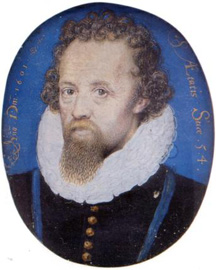 Lutenist Robert Johnson grew up under the tutelage of his father, Elizabethan court lutenist John Johnson, who O’Dette said was writing in a “late Renaissance classic style with a lot of what we call running divisions — fast running passages. But when Robert Johnson became a court lutenist, he was surrounded by the new emerging French Baroque style, which put more emphasis on elegant left-hand ornamentation, trills, and appoggiaturas. Because of the extra stings on the 10-course lute, you could create fuller, lusher textures and sonorities. And Robert Johnson exploited that to the utmost. You could hardly have a more stark example of style evolving from father to son than from John to Robert Johnson. His c-minor Pavin that I’m playing is one of the all-time great lute pieces.”

Another member of the Elizabethan court represented on the program is Daniel Bachelar, who O’Dette said was a prolific and admired lutenist. “His music is not as well-known as Dowland’s because he wrote in a particularly flamboyant way in which the note values go all the way from whole notes to 64th notes. The scribes at that time were not accustomed to the very small note values and they frequently got confused when they were copying the music into manuscripts. So the original sources are corrupt, and it takes a lot of understanding of the musical style to reconstruct what the scribes had intended to notate rather than what is in the manuscript.”

How does O’Dette know this? He said it’s because a number of Bachelar’s pieces exist in different sources. “You can see that one scribe understood what he was notating in a passage, but got confused in the next. So if you go back and forth you can kind of reconstruct things. It’s a challenge to edit Bachelar’s music, but it is a remarkable style.”

O’Dette will conclude his program with Bachelar’s most famous work, Une jeune fillette, a set of variations on a French folk tune. “It survives in about four different manuscripts, and by comparing those sources you can come up with a credible version. Because his latest pieces were written about 1617, 1618, he has one foot in the Renaissance and one in the Baroque.” 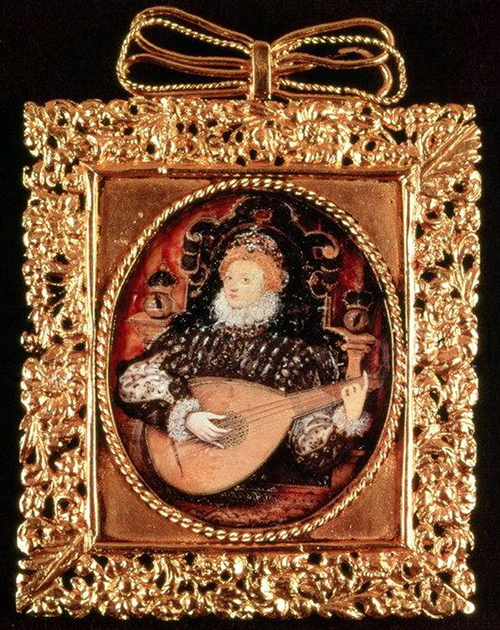 During our conversation O’Dette referred to a number of different courts. Which one would he have wanted to work for? “There were a number of them that had thriving musical establishments. In England, Queen Elizabeth was a great promoter of the arts. She played the lute and the harpsichord, and had a court full of the leading English composers of the time. She treated them well — encouraged them to play different kinds of music in different configurations. I think that would have certainly been a great opportunity.”

He pointed out that in Italy, every court was led by a patron of the arts. “You showed your power and importance by having the most topflight musical establishments around. If you were entertaining a dignitary from a foreign court, one of the things you did to impress them with your sophistication, refinement, and creativity was to trot out your top musicians to play for them. You had the Medicis in Florence. I think it would have been very good to work for the Gonzaga family in Mantua, or the Este court in Ferrara. François I of France had a strong musical establishment as did Charles V of Spain. It would be like having the opportunity to play in any one of thirty great orchestras in the world.” 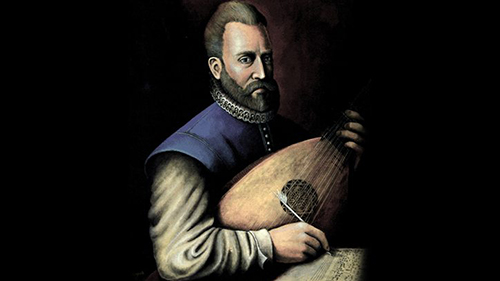 And what about those special security clearances issued to the best lute players? “Lutenists were often used as spies and even double agents,” O’Dette said. “They had access to the private chambers of the monarch and were likely to overhear conversations with their top advisors. We know from recently discovered documents that while John Dowland (above) was working for the king of Denmark, he was spying on the Danish court on behalf of James I, and spying on the court of James I on behalf of Christian IV in Denmark. So lutenists had to be really careful or they would have had their heads lopped off.”

The Cleveland Orchestra’s second performance of the new season on Sunday afternoon, October 17 at the newly renamed Mandel Hall at Severance Music Center was just such an occasion. If the ensemble’s return to public concerts under the baton of Franz Welser-Möst wasn’t enough reason to light a bonfire, the Cleveland debut of a new work written for one of the Orchestra’s most popular soloists, and the swan song of one of its longest-serving members added extra fuel to the celebration. END_OF_DOCUMENT_TOKEN_TO_BE_REPLACED

Cleverly, CityMusic’s latest concert led listeners through these changes one step at a time. “Musical Matrix” took transformation as its theme, and each piece on the October 2 program at the Maltz Performing Arts Center (the second of two performances) put its spin on the subject. END_OF_DOCUMENT_TOKEN_TO_BE_REPLACED