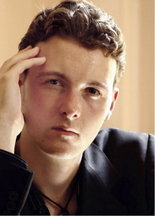 Apollo returned to watch over the Cleveland International Piano Competition on Tuesday afternoon, having taken Monday off and left the proceedings in the hands of Dionysius, who was up to his usual mischief. In sequential, one hour recitals, Eric Zuber (26, USA) and Alexey Chernov (28, Russia) restored our musical equilibrium with beautiful performances of Schumann, Debussy, Liszt, Beethoven and Ravel.

Mr. Zuber led off with Schumann’s Scenes from Childhood, op. 15, a baker’s dozen of short reminiscences of the composer’s own childhood. The original title was “Easy Pieces”, which might make one wonder why a pianist would choose these over more virtuosic repertory for the penultimate round of a big competition. The answer is that each one is an exquisite stanza or two of poetry that allows the performer to explore different affects and colors — exactly what Mr. Zuber skillfully did with them. If there was another strategy involved in playing them at this particular moment, it might have been to connect directly with the listening audience: not everybody has tried to tackle a late Beethoven sonata or a big Liszt extravaganza, but a show of hands today would have revealed dozens of erstwhile pianists who have at some point learned “Von fremden Ländern und Menschen” and “Träumerei”. Mr. Zuber immersed himself deeply into each piece, making little variations of color, touch or emphasis when music was repeated, finding the cycle’s whole range of emotions between tenderness and grandeur, and not shying away from Schumann’s sentimental moments.

Mr. Zuber’s excursion to Debussy’s Island of Pleasure (L’Isle Joyeuse) was delightful in other ways: lilting, fluent, and full of color and contrasts. The pleasure was to be found in the sound rather than on the performer’s countenance, which was pretty serious most of the time. He nicely brought out the transitional rhythmic figures that set up the silvery fanfares toward the end and played with good balance and touch, his tone becoming a bit metallic only in the midrange at the climax.

Liszt’s b minor Sonata has appeared twice in the Semifinals. Mr. Zuber’s approach was expansive, well organized and under control. He varies his tone color to suit the music of the moment and that can range from sotto voce to stentorian. He’s not immune to producing crashingly loud climaxes, but that happened only a few times this afternoon (Liszt probably would have done the same if he had possessed the firepower of a Steinway D). He kept textures clear and cleanly articulated and layered the fugue, and made grand, exultent moments out of the frequent reappearances of the sonata’s big theme. After tapering off into near inaudibility near the end, he closed out his performance with a big flourish. Bravos abounded.

In all its aspects, this added up to a very impressive performance, but left me with the nagging impression that Mr. Zuber had fallen just a bit short of completely drawing at least this one listener into his world. There was a bit of distance there that’s elusive and difficult to express. 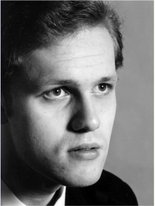 After intermission, Mr. Chernov went straight to the end of Beethoven’s sonata output to open with No. 32 in c minor, op. 111 and followed it with the whole of Ravel’s Gaspard de la Nuit, then Liszt’s Mephisto Waltz No. 1. He immediately announced his view of the size and scale of the Beethoven. His touch was weighty but not ponderous at the beginning and he placed the dotted rhythms with care. Obviously he has great prowess on the keyboard, but he parcelled his strength out wisely and kept dynamics in good proportion. He used exquisite touch and tone in the Arietta, and was gentle with dotted rhythms when they arose and even when the music got louder. In his hands, the double-time seemed the logical next step. He patiently kept a steady rhythmic pulse, creating elegant dynamic changes, and achieved silvery trills just before the fugue began.

The Ravel received a very even, picturesque reading. Ondine was decorated with mysterious nocturnal colors and sonorous climaxes. Le gibet was slow and stately with darkly voiced chords. Scarbo began with excellent trills and subtle accents and turned into a wild waltz, big-boned but never ugly. Mr. Chernov has a fascinating way of coiling his body and arms up like a spring, but only using part of that energy when his hands meet the keyboard. A full-keyboard romp, a bass ostinato overdecked with jumpy chords and a big eruption preceded the cute, unexpected ending. This piece is reputed to be fiendishly difficult. Mr. Chernov didn’t make it look easy, but he had its technical and musical demands right under his thumb (and a few other fingers).

Almost as a (big) encore, Mr. Chernov wrapped up the afternoon with Liszt’s depiction of a crazy scene at the village inn involving Mephistopheles, a fiddle and the impressionable Faust, who is intoxicated with Mephisto’s playing and waltzes a local beauty right out of the tavern and into the woods. Here, the pianist let his hair down and permitted himself a bit of really extroverted playing, but even in the waltz’s wildest moments, he seemed to be in complete control. He played the remorseful little tune toward the end with endearing tristesse before ending with a burst of keyboard fireworks.

END_OF_DOCUMENT_TOKEN_TO_BE_REPLACED

Rodgers & Hammerstein’s Cinderella was originally produced for television in 1957 — seven years after the animated Disney film was released — and starred Julie Andrews. According to the Rodgers & Hammerstein website, it was viewed by over 100 million people. END_OF_DOCUMENT_TOKEN_TO_BE_REPLACED

The story line has its origin in an 1855 play and an 1842 farce that Thornton Wilder mined for his 1938 play The Merchant of Yonkers. When that turned out to be a flop, in 1954 Wilder made the crucial decision to re-center the show around the character of the legendary marriage broker Dolly Gallagher Levi and renamed it The Matchmaker. END_OF_DOCUMENT_TOKEN_TO_BE_REPLACED

The Dodero Center for the Performing Arts at the Gilmore Academy in Gates Mills is one feature of an impressive campus. The auditorium is shallow, the stage is deep, and the ensemble played without a shell. Throughout the program, the sound, especially in instruments’ lower registers, tended to disappear. END_OF_DOCUMENT_TOKEN_TO_BE_REPLACED