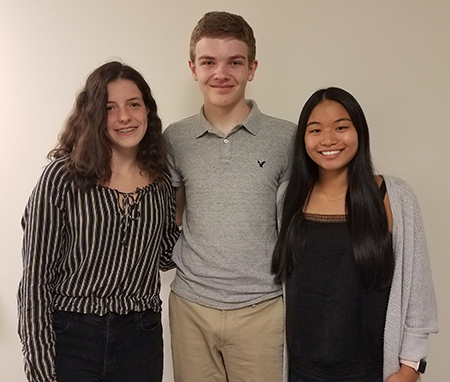 From June 12 through June 19 The Cleveland Orchestra Youth Orchestra will make a seven day, four concert tour to Europe under the direction of Vinay Parameswaran.

The Orchestra will celebrate the tour with a sendoff concert on Friday, June 7 at 8:00 pm at Severance Hall. Parmareswaren will lead John Adams’ The Chairman Dances: Foxtrot for Orchestra, Bartók’s Dance Suite, and Brahms’ Tragic Overture and Symphony No. 2 in D. The concert is free, but tickets are required.

“The Cleveland Orchestra Youth Orchestra is an extremely talented ensemble. They are at the level of, or better than, some professional musicians I have heard,” Welser-Möst said in a press release. “They have access to musicians from one of the greatest orchestras in the world — The Cleveland Orchestra — and they learn what it means to be an orchestra musician on the highest possible level.”

In the same release, Parameswaran said: “this is my first international tour with the Cleveland Orchestra Youth Orchestra, and I couldn’t have asked for a better group of young musicians to travel with. This really is one of the finest youth ensembles, and I’m extremely proud that they have the opportunity to represent Cleveland abroad and share their passion for music internationally.”

Prior to a rehearsal last Saturday morning I had the opportunity to speak with three of COYO’s amazing musicians.

Violinist Christine Shih is from Dublin, Ohio, and has been in the ensemble for four years. A recent high school graduate, in the fall she will begin her pre-med studies at Ohio State.

Cellist Ania Lewis is from Chagrin Falls and attends Gilmour Academy. This is her second year as a member of COYO.

At a table backstage at Severance Hall, I began by asking if any of them had previously traveled to Europe. I learned that while Ania has been to Spain and France, this will be the first European adventure for Christine and Will.

Mike Telin: Aside from playing concerts, what are you most looking forward to about this trip?

Will Bowers: I’m a big history nerd so I’m excited to see all the historical places and buildings, and experience the different cultures.

Christine Shih: I’m excited for the dinner cruise down the Danube. (They all agreed that this is going to be a lot of fun).

Ania Lewis: I’m excited to get to play in all of the renowned concert halls that the Cleveland Orchestra has played in. It will be an honor to do that.

During the tour, Welser-Möst will join COYO in Linz, Austria where he will coach and conduct the ensemble in the Tragic Overture at the Abbey of St. Florian. They all look forward to working with Welser-Möst, saying that during a recent rehearsal with him they enjoyed hearing his ideas. They all agreed that he is very efficient, and were impressed with how much he was able to accomplish in a short amount of time.

MT: Why do you want to be in COYO?

WB: I want to be in it because when I graduate from high school I want to be a tuba major. My big time goal is to be in a major orchestra, and that’s because I really love this music — there’s just something about it that I find enjoyable. And I just really love working with this group.

CS: It wasn’t easy for me to find a group that is as passionate about classical music as I was. My teacher in Columbus said that I should audition for COYO, so I did. I enjoy playing with the high-level musicians that are in this Orchestra.

AL: I really enjoy working with The Cleveland Orchestra members. It helps us as an ensemble, because we get to see how they work as an orchestra. It’s also a big part of my social life. Many of the members have become my closest friends.

MT: What do you find challenging about the pieces you’re taking on tour?

AL: Counting in the Adams is hard, and it’s difficult to get the ensemble correct —  basically it’s just hard to put together.

CS: The Brahms can get loud easily because there are so many layers, and as each layer comes in the volume goes up, but Vinay always says to stay really quiet.

WB: For me, the Adams is the most challenging. I’m a sophomore now and I started playing tuba at the beginning for my freshman year [a fact that impressed his colleagues]. So The Chairman Dances was the first piece of orchestra music I ever saw — it scared me. I remember coming into the first rehearsal being so nervous.

MT: What calmed your nerves?

WB: During that rehearsal, nothing did — just getting through it was refreshing.

MT: I hear that rehearsal was memorable for the others as well.

CS: Vinay likes to say that during the first rehearsal he wants to play through everything. The first time you tackle a piece — even though no one knows how to play it — is good for the mind. So, you just kind of keep going and hope you’re in the right place.

AL: Yes, it was kind of a scattered mess at the beginning, but it eventually got there. 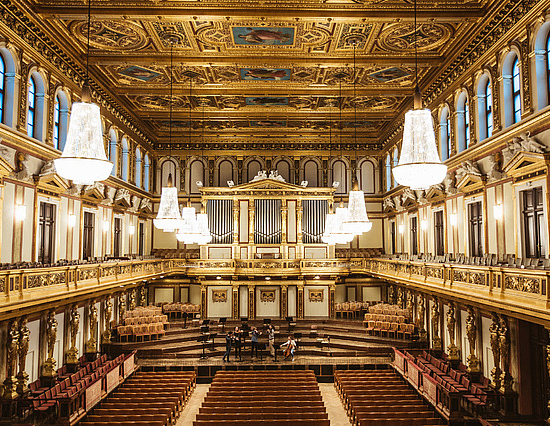 MT: More than just being musicians on tour, you are representing The Cleveland Orchestra, the City of Cleveland, the State of Ohio and the United States. How does it make you feel to be cultural ambassadors?

WB: I have thought about it, but not to that extent. I realize that we will be exposed to a completely new culture — very different from what we experience in Cleveland — and for that I’m really excited because it is such a different way of life.

AL: I haven’t seen it in that way, but this has brought it into perspective for me. I guess it shows that we are a great orchestra and we have the opportunity to represent Cleveland, Ohio.

CS: My family is from Taiwan, and I have been there a couple of times and experienced cultural differences. But I have never been to Europe, so it will be interesting to see how things are different.

MT: Have you looked into the different kinds of food options?

WB: I was just going to find that out when we get there. But the food is another thing I’m excited for.

MT: Are there any special sights you hope to take in?

WB: I just want to visit the cities.

CS: Playing in the Golden Hall in Vienna (pictured above) will be so cool. I don’t think I would ever be able to go there if it weren’t for this tour.

In May, Bruckner University students traveled to Cleveland to rehearse with COYO’s octet musicians and take part in lessons and coaching sessions led by Cleveland Orchestra players.

I attended a rehearsal coached by cellist Paul Kushious and clarinetist Robert Woolfrey and I was duly impressed. The ensemble was producing a beautiful blend and they were already grasping the work’s subtle nuances. What an opportunity for these young players to be coached by such inspiring musicians as Kushious and Woolfrey. I wish I could be at the performance.

Photo of COYO players by Rebecca Calkins. Photo of Parameswaran and COYO by Roger Mastroianni.

We begin with the world premiere recording of Okeanos, Bernd Richard Deutsch’s concerto for organ and orchestra, featuring Paul Jacobs as soloist. The title refers not only to the Titan of Greek mythology, but also “to an idea of immense (and sometimes unfathomable) greatness and breadth, which conjures up in my mind the thought of the organ,” as Deutsch writes in his notes. END_OF_DOCUMENT_TOKEN_TO_BE_REPLACED

If you haven’t already warmed up to French Baroque clavecin music, Chicago-based keyboardist Jory Vinikour’s L’Unique: Harpsichord Music of François Couperin should make a strong impression on your musical tastes. The most prominent member of a musical dynasty second only to the German Bachs, François Couperin left a large treasure trove of keyboard works, 234 in all, arranged in 24 suites or Ordres.  END_OF_DOCUMENT_TOKEN_TO_BE_REPLACED

After weeks of watching online streams of archived concerts and ad hoc performances from quarantined musicians’ living rooms and bedrooms, it was thrilling to be able to advertise, preview, and report on two real-time webcasts last Friday and Saturday that embraced high production values and addressed the persistent issue of how to compensate musicians for online services. Saturday afternoon’s joint recital by Colin Davin and Jason Vieaux was sponsored by the Cleveland International Classical Guitar Festival, whose 2020 iteration, scheduled for that weekend at the Cleveland Institute of Music, vanished in the wake of the pandemic. END_OF_DOCUMENT_TOKEN_TO_BE_REPLACED