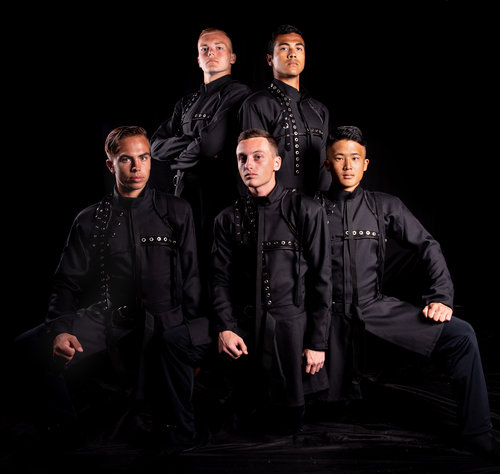 For the past 23 years, the Contemporary Youth Orchestra has treated audiences to many firsts. These include premieres of new works as well as first-time collaborations between rock musicians and an orchestra. When CYO kicks off their 24th season on Saturday, November 17 at 7:00 pm at Tri-C’s Metro Auditorium, the program will include the premiere of Michael McIntosh’s MESH: concerto for drumline and orchestra, the first work of its kind.

Under the direction of CYO founder and artistic director Liza Grossman, the concert will also include works by Christopher Rouse, Michael Daugherty, and Charles Griffes. Tickets are available online.

“I’m so excited about this premiere,” Liza Grossman said by telephone. “This is something that has never been done before. In the drumline world both Mike McIntosh and the Cavaliers are top-tier. I’ve told the orchestra that bringing in the Cavaliers is similar to bringing in Yo-Yo Ma.”

To be clear, the national award-winning Cavaliers Drum and Bugle Corps (pictured above) are based in Rosemont, Illinois and are not — at least not now — connected to Cleveland’s NBA team.

Grossman said that MESH is a three-movement work that goes by “way too quickly,” and that the title describes how McIntosh approached writing the piece. “He’s combined the orchestra and drumline worlds — a lot of standard drumline rhythms have been written into the orchestra parts,” she said. “And what they are doing with their bodies is similar to what a drumline would do.” She added that the collaboration came about because of Ben Kip, the director of CYO’s chamber music program. “He’s a percussionist and he had the connection to Mike.”

Once everything was set for the new drumline concerto, Grossman decided that the rest of the music for Saturday’s program should grow out of that. “I wanted to construct a program that was high-energy and based in rhythm.”

Grossman came across Christopher Rouse’s Thunderstuck by a twist of fate. “This is the first time I’ve done any of his music. But I started looking at the piece because I thought the title was Thunderstruck, which is a big AC/DC song.”

As she dug into the score, Grossman said that while she found the piece “incredible,” she could not find an AC/DC reference, although she did find hints of music by rock groups such as Cream and Led Zeppelin. “I reached out to Chris and he told me that Thunderstuck is inspired by his love of ‘70s rock and roll.”

Grossman said that Michael Daugherty’s Route 66 conjures up the idea of a road trip — the feeling of cruising down the highway with the wind in your hair. “I love Michael’s work — it’s Americana, understandable, and well-written for orchestra. I think that whether an audience member has heard his music before or not, they will walk out feeling as if they understood what he was saying. I think that it brings happy memories to people.”

CYO performed Route 66 twelve years ago, and this performance presents Grossman with the rare opportunity to conduct a repeat performance of a work. “When I looked at the score again and realized how my approach has matured, it was a teaching moment for me. I always tell my students that revisiting a piece after several years is satisfying because you realize how much deeper you’re able to go. And with this piece I am now able to give the students more.” 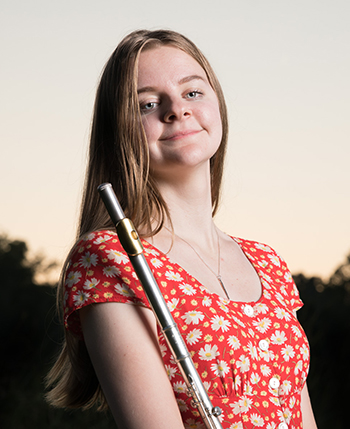 The program will be rounded out by Charles Griffes’ Poem for flute and orchestra, featuring concerto competition winner Lily Waugh. “This is her fourth year in CYO and it has been wonderful to watch her mature so much as a musician and leader.”

Saturday’s concert also celebrates CYO’s recent move to Cuyahoga Community College’s Metro Campus, which provides the ensemble with more outreach opportunities. “What we’re able to do in conjunction with Tri-C’s Creative Arts Academy allows all of us to have a broader impact on our mutual goals,” Grossman said. “It’s a good fit and we’re all really happy.”