Bianca Ciubancan (16, Chicago, Il) began the afternoon session with Jessie Montgomery’s Rhapsody No. 1 for solo violin. Playing with a warm, rich sound, Ciubancan brought a thoughtful, intimate approach to the work, highlighting each of its distinct episodes.

The violinist’s interpretation of Sarasate’s Caprice Basque was a sensual, spirited folk dance. Its slow section was beautifully phrased. The Andante cantabile from Mozart’s Concerto No. 4 was defined by well-shaped phrases, controlled vibrato, and an elegant cadenza. The performance lived up to the movement’s title — a beautiful song.

Ciubancan powerfully launched into the opening of Saint-Saëns’ Caprice d’après l’Étude en forme de valse.  Throughout she was in complete control of the work’s numerous technical demands. Her performance danced. Closing the set was the Allegro con spirito from Beethoven’s Sonata No. 3. Here, the violinist and pianist HyunSoo Kim highlighted the composer’s many moods, adding an appropriate amount of pizazz along the way. 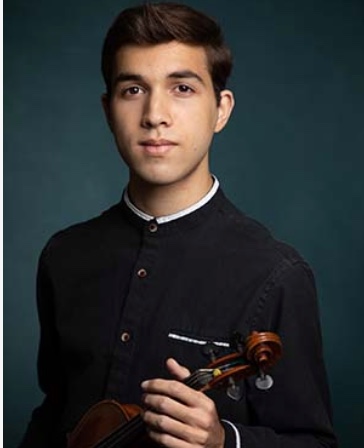 Next up was Sameer Agrawal (17, Chicago, Il), who’s Allegro con brio from Beethoven’s Sonata No. 1 was full of personality, playful with well-shaped phrases and a rich, focused sound. The violinist was in total command of the thorny, technical passages of Jessie Montgomery’s Rhapsody No. 1. Playing with a big, centered sound and clear dynamic contrasts, Agrawal dug into the work’s structural arch.

During Paganini’s Nel cor piu non mi sento (in my heart I feel no more), the violinist tossed off its considerable technical challenges with flair — especially the composer’s left-hand pizzicatos. The performance was well-paced and full of youthful bravado. Agrawal found his inner opera singer in the Adagio from Mozart’s Concerto No. 5. His phrasing was lovely, his cadenza stylish. An impressive Tzigane rounded out the set. Along with pianist HyunSoo Kim, he charged Ravel’s “gypsy style” music with fiery emotion. 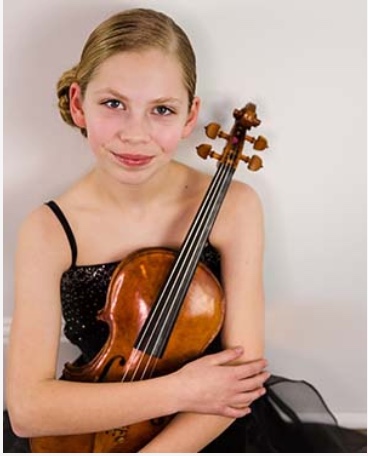 Closing out the afternoon was Audrey Goodner (16, Reston, Va.) who began her set with the Presto from Beethoven’s Sonata No. 4. Her phrasing was wonderful and her sound full and clear.

Goodner followed the Beethoven with an engaging performance of Jessie Montgomery’s  Rhapsody No. 1. Throughout, the violinist magically wove the work’s distinct sections of contrasting moods into a single sensitive and enchanting unit. Goodner brought her own opera singer to the Adagio from Mozart’s Concerto No. 5. Hers was a heartbroken character questioning a lover’s actions.

Next came an impressive account of Wieniawski’s Souvenir de Moscou defined by lyrical phrasing, assured technique, and alluring high harmonics that rang throughout the hall. Goodner closed her set and the afternoon session with a stylish Tzigane. Along with pianist Christine Hill’s nimble performance, Ravel’s music did not fail to impress. 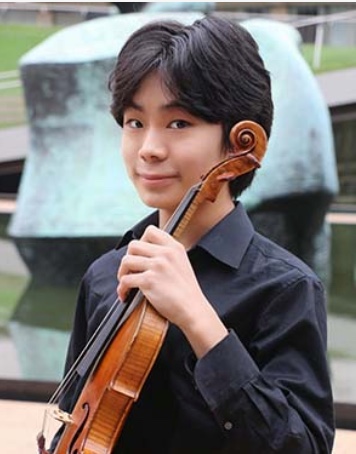 Kento Hong (16, Edgemont, NY) began the evening with a levitating performance of Jessie Montgomery’s Rhapsody No. 1.

He then moved into a heavy-handed account of the Allegro con spirito from Beethoven’s Sonata No. 3 and exchanged the high energy in the Beethoven for a patient and ethereal L’Aurore from Ysaÿe’s Sonata No. 5.

In the Adagio from Mozart’s Concerto No. 3, Hong wound his hopeful song around a lullaby played maternally by pianist Tatiana Lokhina. Hong finished his set with a frenetic performance of Waxman’s Carmen Fantasy. 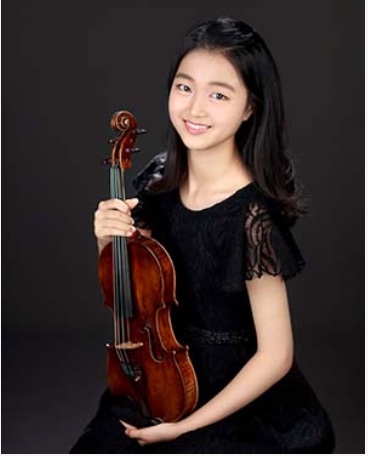 Seohyun Kim (13, Seoul, South Korea), began her set with a confident performance of the Allegro con brio from Beethoven’s Sonata No. 1. The young violinist then offered a nuanced Rhapsody No. 1 by Jessie Montgomery.

Kim’s interpretation of Wieniawski’s Fantasia Brilliante on Themes from Gounod’s ‘Faust’ was startlingly sober and sensitive. Kim, along with pianist Tatiana Lokhina, displayed professionalism and generosity as musicians.

The highlight of the set came in Kim’s  cadenza of the Adagio from Mozart’s Concerto No. 5. Her wonderful technique and musicianship was in full display during H.W. Ernst’s Grand Caprice on Schubert’s ‘Der Erlkönig.’ 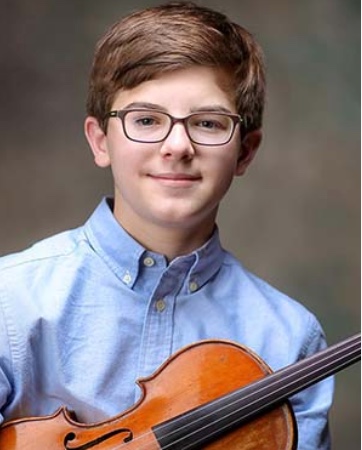 The final set of the day came from Calvin Alexander (17, Shreveport, LA) who opened with Ernest Chausson’s Poème. His performance visited both the brooding and the rhapsodic sides of a poet. His Allegro from Beethoven’s Sonata No. 5 was clean and confident, and brought Beethoven’s characters to life.

Alexander continued with an intense and meditative Rhapsody No. 1 by Montgomery. Along with pianist Christina Hill he traveled through the Adagio from Mozart’s Concerto No. 5 with precocity, pointing out to  the audience everything he saw along the way.

He concluded with Waxman’s Carmen Fantasy. His performance stayed in his pocket, never allowing the work’s fluctuating tempos to get the better of him.