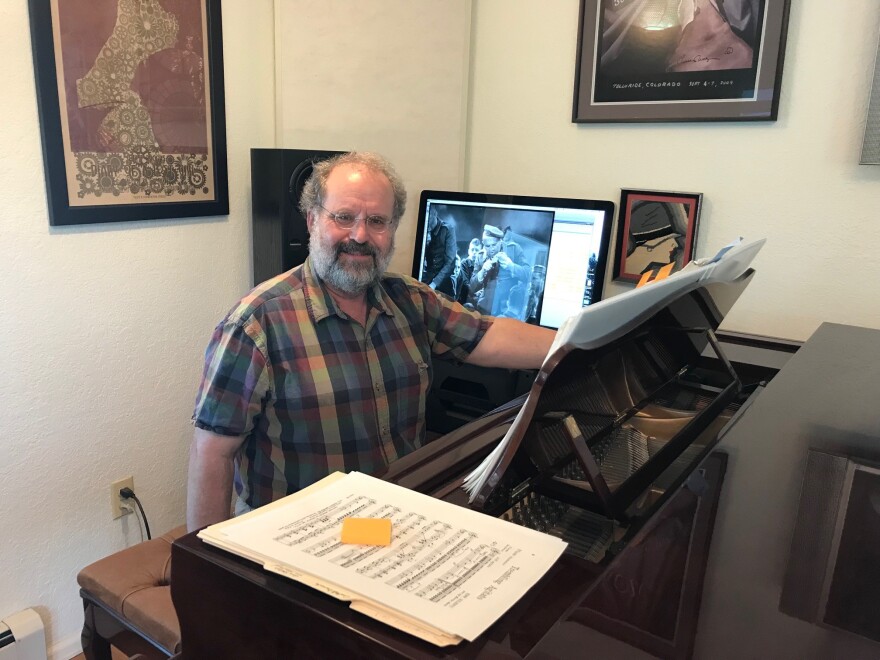 In another element of the Festival, Sauer (pictured, above) will guide Oberlin students in a Winter Term project that focuses on locating, selecting, and compiling historic “photoplay music” for silent film accompaniment. A free performance will be held at the Birenbaum Innovation and Performance Space on February 15.

The Mont Alto Orchestra will also perform Zamecnik’s music during a showing of the Buster Keaton classic Steamboat Bill, Jr. at the Apollo Theater in Oberlin on February 16.

Additionally there will be three screenings at the Cleveland Institute of Art Cinematheque, starting with Wings, the 1927 Academy Award winner for Best Picture with a soundtrack composed by Zamecnik (February 18). The Mont Alto Orchestra can also be heard during The Wedding March (February 19) and Sunrise (February 20). 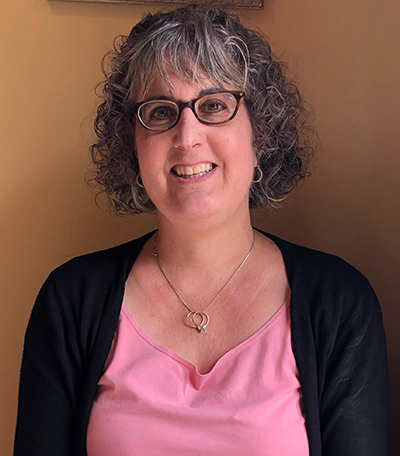 Although the number of area partners has grown over time, the initial idea that led to the creation of the Festival came from Emily Laurance, a visiting associate professor of musicology at Oberlin Conservatory. “When my husband and I were working at the San Francisco Conservatory, we started attending the San Francisco Silent Film Festival,” Laurance (pictured, left) said during a Zoom interview. “Everything is shown on film, so in that way it is historically accurate, and everything has musical accompaniment.”

It was there that Laurance met Rodney Sauer and the Mont Alto Motion Picture Orchestra, an ensemble that specializes in scoring from historic photoplay music. “We got to know them, and I’ve always felt that if we could get the Mont Alto Orchestra to coach students on how to create silent film scores, it would make a great Winter Term project.”

During the project Sauer will discuss films that are 20 to 30 minutes in length, or scenes from full-length movies that he thinks are good for students to learn how to score. “We’ll recommend films to each group depending on their instrumentation — they’ll watch them and then go through the photoplay music that’s in Rodney’s trunk library. He’ll have about 90 photoplay cues in all.”

The project will also include a field trip to the Cleveland Public Library where a fairly large collection of photoplay cues, including a number by John Zamecnik, are housed. “The students may select cues from those as well,” Laurance said.

What will students learn from being part of the project? “It’s another window for them to think about career possibilities. And as with any historically informed performance, it’s a way of discovering musical values of another time.”

Laurance added that it answers questions like what music is for and how it should be integrated into a larger collaborative or multimedia art form. “I also think it will teach them a lot about collaboration and how musical content can be built in a dramatic way.”

So what is photoplay music? “It was called a whole bunch of things back in the day,” Rodney Sauer said during a telephone interview. “I didn’t invent the term but incidental music is a little more vague. There were other terms that were used but ‘photoplay music’ pegs it.”

Sauer explained that three types of music were utilized during the screenings of silent films. “Composed scores” comprise music written for a specific film, “improvised scores” are made up by a musician in real time, and “compiled scores” are assembled from a library of pre-written music that depicts certain scenes or moods such as chases, storms, or romance.

“It’s important to know just how flexible this repertoire is,” Sauer said. “You can play it with any size orchestra. It was designed that way because it was a commercial business. You wouldn’t have a 40-piece orchestra in a small town, so what do you do? You use the same music, just simplify it.” Click here to access Sauer’s Photoplay Starter Kit.

What makes Zamecnik’s music different from other silent film composers? “I find it to be really accessible,” Sauer said. “When you need a heart-rending scene or a really good sorrow theme, he always picks up on the emotions.”

Sauer noted that Zamecnik (pictured, right) benefited from having his music published by Cleveland-based Sam Fox Publishing. “There were a few small publications before that, but they tended to be regional. But Zamecnik’s music just took off. People found it useful, and they were desperate for it. You become a silent film pianist — now what do you play? That void needed to be filled and Zamecnik was there at the beginning. His music is catchy and memorable — he picked up quite a bit from Dvořák.” (More about Zamecnik’s remarkable career to come in part two of this article.)

How did Sauer, a pianist with a chemistry degree from Oberlin, discover photoplay music and come to form the Mont Alto Orchestra? “I discovered it when I was looking for dance music — I’ve always enjoyed playing for dancers,” he said.

His search led him to a collection of music housed at the University of Colorado, Boulder. “It turned out to be mostly silent film music that I had never heard of. Just the vastness of this repertoire, how big it was in America, and how it was completely forgotten, was like coming across a lost country.”

One thing led to another until Sauer found himself renting a movie and compiling a score. “It all went up from there,” he said. “I got a movie on 16 millimeter film from the Boulder Museum of Contemporary Art, rented an auditorium, and put on the show — it was a blast. Since then I think I’ve scored almost 150 movies.”

Sauer said that although more people are now scoring silent films, obtaining the material is still difficult. “Now that many of the collections are online it is getting easier,” he said. “The reason I’m coming to Ohio is that Emily and I are both interested in getting a new generation of musicians interested in this repertoire. And not just playing the music I’ve compiled — I want them to be able to put the scores together on their own.” 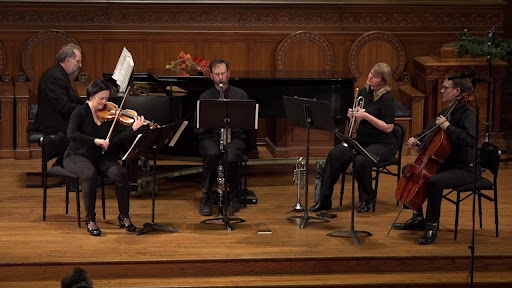 February 13 at 3:00 pm at the Hermit Club: violinist Isabel Trautwein and other members of The Cleveland Orchestra join Rodney Sauer and the Mont Alto Motion Picture Orchestra in a concert of chamber works by Zamecnik and his mentor, Antonín Dvorak. Click here for tickets.

February 16 at 8:00 pm at the Apollo Theater: a screening of the Buster Keaton classic Steamboat Bill, Jr. accompanied by the Mont Alto Motion Picture Orchestra. The event is free. Click here for more information.

February 18 at 4:00 pm at Harkness Chapel: “Silent Film Scoring for Working Musicians.” Rodney Sauer, director of the Mont Alto Motion Picture Orchestra, discusses the art of putting music to classic films from the silent era with Daniel Goldmark, director of CWRU’s Center for Popular Music Studies. The event is free.

February 18 at 7:00 pm at the Cinematheque: Wings, the 1927 Academy Award winner for Best Picture with a soundtrack composed by Zamecnik. Click here for ticket information.

February 19 at 7:30 pm at the Cinematheque: The Wedding March, accompanied by the Mont Alto Motion Picture Orchestra. Click here for ticket information.

February 20 at 3:30 pm at the Cinematheque: Sunrise, accompanied by the Mont Alto Motion Picture Orchestra. Click here for ticket information.

COVID protocols will be in place for all events. Proof of vaccinations/booster will be checked at the door and masks must be worn at all times.

END_OF_DOCUMENT_TOKEN_TO_BE_REPLACED

Supported by engagingly, yet simple staging by Cara Consilvio, a well-prepared cast of singers told the archetypal story of Cinderella with charm and flair. Framing the production was  a sparse but colorful set and wonderful lighting by Dave Brooks. END_OF_DOCUMENT_TOKEN_TO_BE_REPLACED