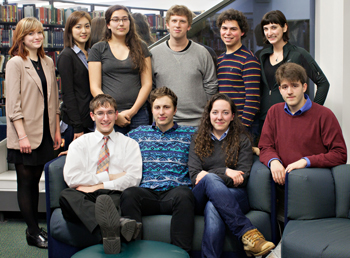 As part of Cleveland Classical.com’s continuing coverage of Oberlin’s Stephen and Cynthia Rubin Institute for Music Criticism, we feature the Rubin Institute Fellows who were selected to participate in the January 18-22 institute by the teaching panel leading the Oberlin Conservatory’s new fall course, Introduction to Music Criticism. The panel included Brian Alegant, Professor and Director of the Music Theory Division at the Oberlin Conservatory; Mike Telin and Daniel Hathaway of ClevelandClassical, and Donald Rosenberg, Plain Dealer Music Critic and President of the Music Critics’ Association of North America. The fellows also spent two class sessions with guest speaker Charles Michener, author and former senior editor of The New Yorker.

As the final assignment for the class, each student was asked to write a “Think Piece” on a topic of their choice. The ten essays will appear in subsequent posts.