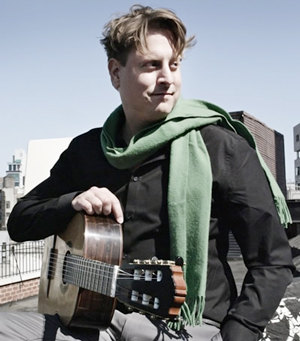 The program will open with Mauro Giuliani’s Grand Overture. “Giuliani was the Paganini of the guitar. They were contemporaries and like Paganini, Giuliani was a bit of a rock star,” Vieaux said. “He was very well-known in Vienna — he even had a fan magazine that chronicled his latest activities. He knew Beethoven, and was a cellist in the orchestra at the premiere of his Seventh Symphony.”

Vieaux looks forward to bringing back a piece he has not performed in several years — Bach’s Prelude, Fugue, and Allegro, BWV 998. “As with everything by Bach, as you get older more things are revealed. Hopefully I can communicate the new things I’ve discovered during the performance.”

The guitarist will begin a set of works by Isaac Albéniz with Rumores de la Caleta (“Malagueña”). “I’ll continue the set with Capricho Catalán, which is a slower, very beautiful melody, and finish with the serenata, Torre Bermeja.” The European portion of Vieaux’s playlist will also include Hans Werner Henze’s “Drei Tentos” from Kammermusik.

Moving to the Americas, Vieaux said that Paulo Bellinati (pronounced bellinache in Portuguese) was a “brilliant” Brazilian guitarist and composer, and that his song Jongo is a dance from West Africa.

“Pat Metheny’s music lends itself so well to a solo classical guitar concert,” Vieaux said. “I’m playing my arrangement of Always and Forever in a medley with Antônio Carlos Jobim’s A Felicidade. The two were close and fans of each other. Pat lived in Brazil for a long time and was immersed in the culture where American jazz was meeting Brazilian street musicians. Pat brought all of this back to the States, so I thought that Pat’s tune would make a nice introduction to A Felicidade. I know that Roland Dyens, who arranged the Jobim, would appreciate it too.”

A piece that Vieaux said was a “signature piece” early in his career is Argentine guitarist and composer José Luis Merlín’s Suite del Recuerdo. “I’ve played this in Cleveland a few times and it’s a piece that is very close to me. I love playing it and must have performed it fifteen hundred times, but I never get tired of it.”

The guitarist will complete the program with his arrangement of Duke Ellington’s In a Sentimental Mood. You can watch him perform the work here.

Vieaux said that a lot of his active performing career has stemmed from his association with the Chamber Music Society of Lincoln Center, which he has been a part of since 2007. “The artistic directors, David Finckel and Wu Han, invited me to Music@Menlo that summer — which is where I met the Escher Quartet — and we’ve all been tight friends ever since. I also met Sasha Cooke through them, and she and I are playing a Cleveland Chamber Music Society concert later this year. They’re all great people and there’s a lot of cool stuff happening. But now I’m having to learn to say no, which is difficult to learn but a great problem to have.” 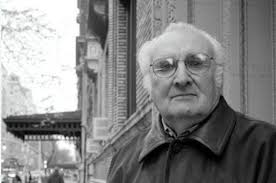 A recent honor for Vieaux was being invited to play in a concert at the Teatro Colon in Buenos Aires as part of Mario Davidovsky’s 80th birthday celebration. “I love his music and he was such an important figure in the ‘60s avant-garde. Listening to his music is just wonderful, and to be able to work on it with him sitting there is a heady experience. But he was very happy.

“It was interesting because he’d say — ‘the thing about this passage is’ — and I was expecting to hear an intellectual comment, but then he’d say — ‘when I wrote that I was thinking about when I was a child and I ran through a sprinkler.’ I don’t know if that was exactly it, but it was stuff like that. I think that’s why people can relate to his music. He’s a very smart, intellectual guy but his music isn’t only coming from there. Somehow he’s able to fuse his very ‘severe’ music with personal experiences. And if you listen long enough you begin to hear a lot of humor, love, and emotion. I’m very grateful to Mario for choosing me for that concert. It was a tremendous honor.”

“Mary’s Song” refers to the Magnificat (“My soul doth magnify the Lord”), sung by the soon-to-be mother of Jesus in response to the message the angel Gabriel delivered to her in the Gospel according to Luke. The text has been set countless times by composers in all eras, largely because the Magnificat is one of the invariable texts in the daily service of Vespers, as well as its Anglican relative, Choral Evensong. END_OF_DOCUMENT_TOKEN_TO_BE_REPLACED

Music director and conductor Daniel Meyer built his playlist around Cleveland themes and scenes. “Exploration CLE” made use of engaging selections from the classical canon and beyond that celebrated “what makes Cleveland so special.” Happily, he and his musicians avoided constructing a visual slide show, choosing to let the music speak for itself. END_OF_DOCUMENT_TOKEN_TO_BE_REPLACED

You could see the relationship at work on a practical level. Repertoire for two players at the same piano requires a certain choreography. There’s just one of each pedal to share, and the hand crossings left and right — which can be so fun to watch a soloist pull off — get more complicated when another person’s involved. At times, Pompa-Baldi drew a hand away from the keyboard and into his body, making room for Friscioni, and at the close of a few delicate phrases, the two were crouched together over the same final notes at one end of the instrument. END_OF_DOCUMENT_TOKEN_TO_BE_REPLACED