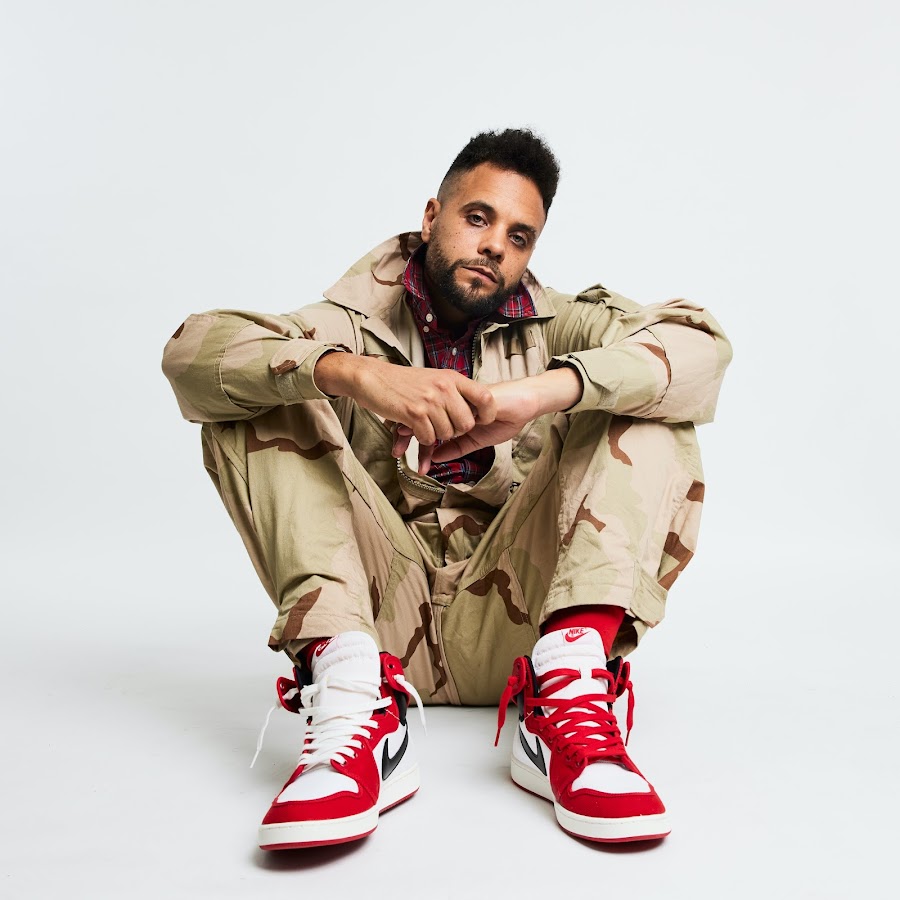 On Tuesday, April 12th, and into the small hours of the morning, Kassa Overall and his ensemble played a set of jazz-infused rap — or rap-infused jazz — at the ’Sco on Oberlin College’s campus.

Kassa Overall, a drummer and a 2005 graduate of Oberlin Conservatory’s Jazz Department, makes records that are confident and imaginative, groovy and avant-garde. He unashamedly mixes underground and alternative rap production and attention to lyricism with an internalized comprehension of all forms of jazz.

No, he is not picking up where Kendrick Lamar left off with To Pimp A Butterfly — Overall has a distinctive ear and omnivorous taste which makes his music singular, a disciple following a revolutionary tradition.

The music he presented for the audience — mostly students — on the dance floor, and for the jazz faculty — seated in the back as far away from the speakers as they could get — was loud, energetic, and gritty. The venue was prepared for unsafe decibel levels, as they handed out earplugs for anyone who wanted them.

The setlist featured tunes from Overall’s 2020 record, I Think I’m Good, and his 2019 project, Go Get Ice Cream and Listen to Jazz. They also played a brand new tune by fellow Oberlin alumnus Theo Croker called ‘JAZZ IS DEAD.’ Overall and his bandmate Bendji Allonce, on bongos, jammed out with their percussive instruments. They played Coltrane’s “Naima” with exceptional balance.

Ian Fink, on keyboard, provided captivating texture and dextrous improvisation. Tomoki Sanders played sax with ease and clear expression of mood, and, at one point took his maracas, jumped off stage, and rattled around the crowd, encircling them in hollow clicks. Kassa Overall displayed his virtuosity on drums, and demonstrated a multifaceted vocal performance throughout. He had an engaging rap persona, electronically manipulated his voice, and sang in an understated timbre.

My favorite moment represented the joy they have playing together, and the confidence with which they perform. Overall had just sat back down at his kit after rapping at the front of the stage. He lifted his sticks high in the air, looking around at the other members of the ensemble, just holding his sticks in the air, building tension. The first time he held it then relaxed his arms and lowered them without playing. He spoke to the crowd, “Let me see if I can get them.”

He raised his arms a second time, and did the exact same thing. He lifted his arms a third time, flinched just enough for Allonce to react and hit the bongos ever so timidly, and Overall jumped up from his stool, pointed at Allonce, and yelled, “I got you!” He sat back down, hit his drums hard, and brought the band back in, bringing the crowd along with them. It was a cathartic moment, the music evolving into grunge with heavy thuds and flying tenor sounds, a screeching, controlled chaos.

The merchandise at the table in the back was emblazoned with the phrase “FLU NOTE,” tipping its cap, and, in a way, poking fun at the jazz institution. I am not sure if they believe that jazz is indeed sick and dying, or just plain dead, but Overall has fun making music that jolts the system.

Jackson began the program with a recitation of Langston Hughes’ poem “Helen Keller” — the first of five poems by Hughes that served as interludes between each piece on the first half. END_OF_DOCUMENT_TOKEN_TO_BE_REPLACED

Pianos with pins and tape on strings, a bass drum and tam tam, crotales, Almglocken, and vibes. Microphones were hooked up all around the instruments. The feed was sent to speakers around the room. Lighting designer Nicholas Houfek hung incandescent globes over the arrangement of instruments from thin black wires stretching across the beams. END_OF_DOCUMENT_TOKEN_TO_BE_REPLACED

From the podium, Elim Chan set an ambitious tone for the evening. The rising star conductor, here in her Cleveland Orchestra debut, has a commanding style, and every twist and turn in Saturday’s performance tracked closely with her baton. END_OF_DOCUMENT_TOKEN_TO_BE_REPLACED