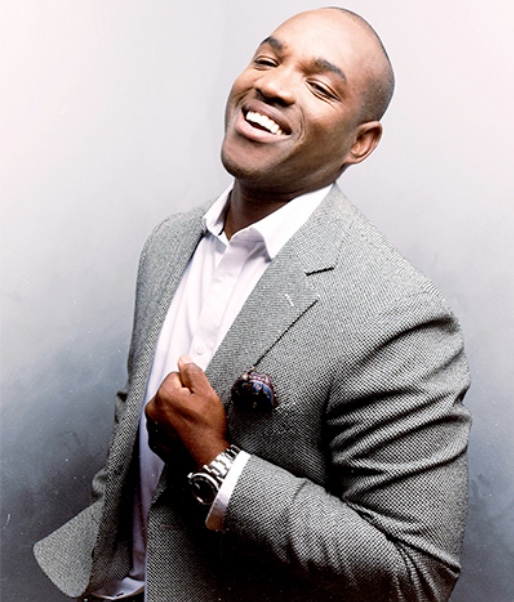 Lawrence Brownlee was still in master-class mode when he visited the Cleveland Chamber Music Society on April 26. The star tenor, born and raised in Youngstown, brought an educational element to his recital at the Maltz Performing Arts Center.

The program, “Song of My Youth,” served as an introduction not just to Brownlee’s artistry but more generally, to the world of classical vocal music. Songs in the three “big” languages (Italian, German, French) filled the first half, and excerpts from opera, musical theater, and elsewhere comprised the second. It all made for a concise overview of the standard styles in which any voice student today should be well versed, and Brownlee played up this aspect of his selections cheerfully.

Not every performer would want to return to the music he cut his teeth on, but Brownlee showed why these works have stuck around both in his life and in the broader repertoire. They’re elegant pieces in themselves, they can highlight great singing.

A studied interpretation is the key to an affecting performance, as the tenor demonstrated with the lieder portion of his program. He dwelled on long notes and  emphasized individual words — like the beloved’s name, Luise, in Schubert’s “Der Jüngling an der Quelle” (The Youth at the Spring). The high notes in a pair of songs by Richard Strauss, “Heimliche Aufforderung” (Secret Signal) and “Cäcilie,” sent Brownlee to the top of his register in heroic spirit.

The singer maintained a serious mood for two Mozart arias, “Dies Bildnis ist bezaubernd schön” (This portrait is wonderfully beautiful) from The Magic Flute and “Il mio tesoro” (My beloved) from Don Giovanni. Brownlee has appeared onstage as both Tamino and Ottavio, and in his recital, he acted these numbers unambiguously, singing with the clarity and simple purpose that suits many tenor roles.

The program was on stranger ground when it came to French repertoire, from the bizarre poetry of Francis Poulenc’s “Montparnasse” to the dream state of Gabriel Fauré’s “Après un rêve” (After a dream). The latter pushed Brownlee to the low end of his range, not the strongest area for a singer whose natural strength is a light, flexible sound.

He also faced the challenge of singing in a tricky acoustic. On the big, high-ceilinged stage of the Maltz Center, anything fast — starting with his opener, “Già il sole dal Gange” (Already the sun over the Ganges) — could sound rushed, unsettled, and out of sync with the accompaniment. Brownlee and pianist Shelby Rhoades fared best with numbers that let the keyboardist set the scene, like Franz Liszt’s “Oh! Quand je dors” (Oh! When I sleep) and “Lonely House” from Kurt Weill’s Street Scene.

But nothing could trip the tenor up vocally. He saved a few impressive tricks for the end of his recital: a flip into falsetto for the spiritual “Witness,” the lightning-fast runs of his Handel encore (“Comfort ye” and “Ev’ry valley” from Messiah), and the famous marathon of high c’s in his second encore, Donizetti’s “Ah! Mes amis” (Ah! My friends). This is the kind of technique you just can’t learn in school.

The cimbalom was the feature of the show, an instrument capable of taking on many personas. Its performer, Chester Englander, has shaped his career around the instrument, and has inspired composers to write more repertoire for it, some of which was presented on the program. END_OF_DOCUMENT_TOKEN_TO_BE_REPLACED

You wouldn’t expect that acoustic from a glance at the nave, which is wide and long, but not especially lofty. But when I guest conducted a local amateur choir and professional orchestra in Beethoven’s Mass in C there a few years back, during the first rehearsal we released the final chord of the “Gloria” and listened in astonishment for the next several seconds. The sound continued to roll down the space like the big wave that surfers dream about. END_OF_DOCUMENT_TOKEN_TO_BE_REPLACED