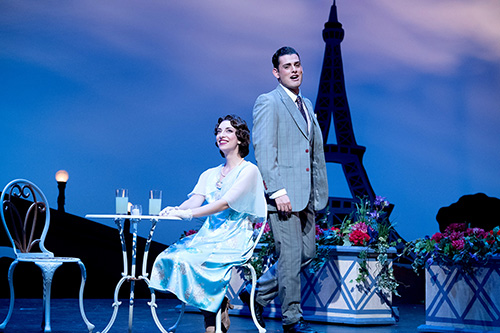 If you blink during the momentary lights-out between the end of the overture and the curtain going up, you might think you’ve somehow been transported to Paris in 1929. Time-travel, perhaps? Ohio Light Opera’s production of Fifty Million Frenchmen in Freedlander Theater at the College of Wooster is very realistic, to be sure, and totally enjoyable, but then, what’s not to like in a Cole Porter creation?  His insouciant music and beguiling lyrics can support just about any plot imaginable. But this one, by Herbert Fields, is downright perfect.

Although it ran on Broadway for only 254 performances, that was enough to thrust several songs from the show onto the Hit Parade, and they’ve stayed there ever since. “You Do Something to Me,” “You’ve Got That Thing,” “Find Me a Primitive Man,” and “You Don’t Know Paree” are among the songs that you’ll easily recognize as they come along.  So, sit back and enjoy your tour of Paris as seen from the Ritz Bar, The Café de la Paix, the racetrack at Longchamps, and several venues at the Hotel Claridge.  Your ebullient tour guide is Louis Pernasse, played by Ted Christopher. 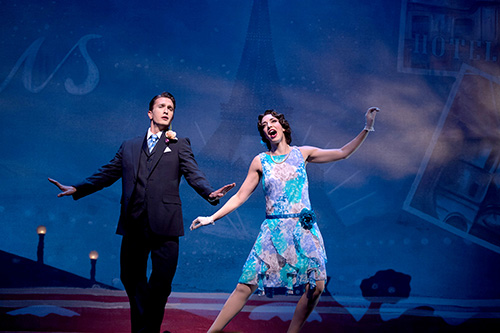 When an American playboy decides to marry a rich French girl, it turns out not to be quite as easy as he thought, especially when the parents of the young lady who has caught his eye think she should marry a grand duke. Of course, such prospective husbands are not exactly thick on the ground. Complications abound, especially when it is revealed that the young lady is just as American as he is. True love wins out in the end, but not before an amazing assortment of terrific songs and fabulous dancing take place. 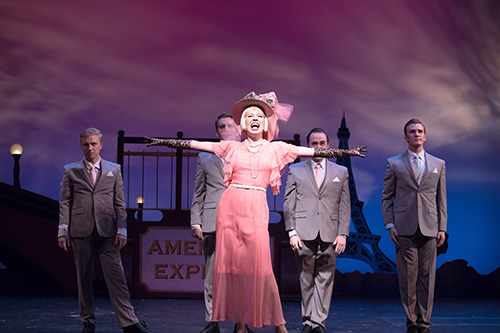 The young men hatch a plot involving a bet on a racehorse and “mistaken” identities. Alexa Devlin is fabulous as American cabaret singer Violet Hildegarde in “The Tale of the Oyster.” LooLoo and Joyce show off their tap-dancing feet in “Let’s Step Out.”

Daniel Hobbs’ set makes the tour of Paris very easy, as its movable parts are easily and quickly put into their proper positions by a few of the singers. The colorful costumes are by Charlene Gross, with sound design by Christopher Plummer and lighting by Brittany Shemuga. Stage Direction is by Steven A. Daigle, the choreographer is Spencer Reese, and the orchestra is conducted by H. Lynn Thompson. 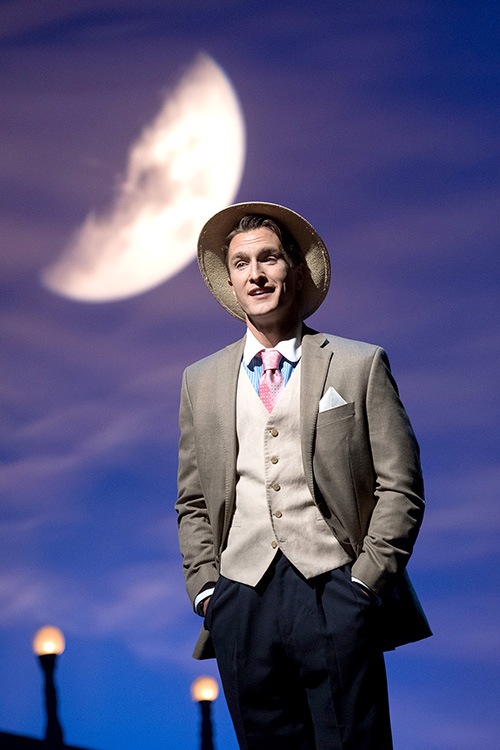 If you’re interested in costumes, the Wayne County Historical Society presents “Ohio Light Opera: A Costume Retrospective,” showcasing four decades of OLO through costume and design. With an admission price of $5 per person, the exhibit is open from noon to 1 pm before every OLO matinee, and during the Society’s regular tour hours, Friday and Saturday from 1:00 pm to 4:00 pm. The Society is located at 546 E. Bowman, just east of Beall Avenue, an easy reach from Freedlander Theatre.

A relatively new tradition at OLO is the Festival Symposium, held from July 31through August 3. The theme this year is “Taking Light Opera Seriously,” and will feature roundtable discussions, musical presentations, lectures, and a look to OLO’s next forty years. Tickets are available through the box office.

END_OF_DOCUMENT_TOKEN_TO_BE_REPLACED

Supported by engagingly, yet simple staging by Cara Consilvio, a well-prepared cast of singers told the archetypal story of Cinderella with charm and flair. Framing the production was  a sparse but colorful set and wonderful lighting by Dave Brooks. END_OF_DOCUMENT_TOKEN_TO_BE_REPLACED