BWOC Artistic Director Carlton Woods will also lead performances of Barber’s Adagio for Strings, Elgar’s Introduction & Allegro and Tchaikovsky’s Serenade for Strings. A pre-concert Meet & Greet for children 12 and under begins at 6:45 pm.

During a recent telephone conversation Carlton Woods gave us his insights into Saturday’s intriguing program.

Carlton Woods: Well, the Capricorn came about because Neil is somewhat of a champion of the piece and he’s never had the opportunity to do it.

Mike Telin: I think it’s a great piece but I must confess that I know very little about its origins.

CW: The piece is so interesting, and it such a contrast to the Adagio for Strings in that it’s Stravinsky-like in character. Barber wrote it at a time when he was still in the war but had been given release time to be able to compose. The story goes that he and Gian Carlo Menotti were staying in a house and somehow the winter light was so bright coming through the windows that it inspired him.

The concerto uses the same combination of solo instruments as Bach’s Brandenburg Concerto #2 and supposedly the soloists represent characters in Barber’s life. Barber is the flute, Menotti is the oboe and Menotti’s adopted son Chip is the trumpet. It’s hard to know how much truth there is to this but it is the rumor. I find it interesting how much the beginning of the last movement sounds like the final movement of Stravinsky’s Pulcinella. And it has a strong connection to the neo-classical and neo-baroque styles with its use of the concertante.

MT: And in that way it is similar to the Elgar.

CW: Yes, it too utilizes that concertante style with the string quartet. The same concerto grosso idea as the Capricorn. Obviously the string quartet is important but they play less of a solo role than they are part of the fabric of the piece. The Introduction & Allegro is one of my all-time favorite pieces. It’s not performed all that often and I’m always kind of puzzled as to why because I think it’s dramatic, exciting and extremely lush. 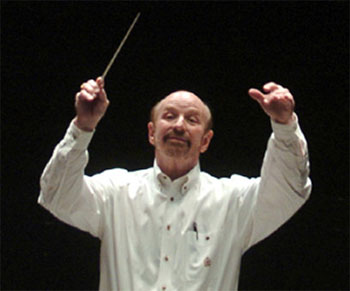 MT: Then the Barber Adagio. It’s obviously a piece that is known to most people whether or not they regularly attend orchestra concerts. But what are your feelings about the piece?

CW: Of course it is the slow movement from Barber’s string quartet, and in the United States, we tend to use it during memorials or in times of deep tragedy. But personally I think there is an uplifting feeling about the piece even though there is a somberness to it. And I think it is popular because somehow people do see the beauty in what they would usually perceive to be tragedy. It’s kind of an opposite reaction. But I think it is the sense of joy and relief at the end that makes it so compelling.

CW: It’s just a great piece. Tchaikovsky fought with his teacher Rubinstein for years about his ability as a composer and this was the first piece in which Rubinstein felt his student, Tchaikovsky, was making a musical statement. Throughout the piece dance music is always prevalent. I think that is what we all know and love about the piece, there’s always a felling that ballet is not too far off in the distance.

MT: I need to congratulate you on Blue Water’s fourth season.

CW: Thanks and yes, we’re into our fourth, heading toward our fifth and doing well. We’re proud of the fact that we have been able to balance our budget each year. Of course there have been struggles as with any young group, but we are finding more support. And we have a strong board that is working with an eye to the future of the organization and figuring out how to move forward and continue to grow and develop. I think it’s a very exciting time period.

MT: And while giving concerts is of course the core mission, you also have been initiating some very interesting educational activities.

CW: I think the educational programs that we’ve created are unique. And the program we initiated at St. Ignatius, and we’ve had a relationship with them from the beginning, we’ve taken even further. This year we sent musicians into the classrooms of various academic disciplines like mathematics, physics, history and theology. Musicians lectured and demonstrated the various relationships of those disciplines through music. This was an attempt to promote the relevance of music in the students’ lives and studies. It is a completely different approach than playing a concert or giving a master class — although four different chamber groups did give lunchtime concerts during the months of October and November. It’s such an interesting program that hopefully will be attractive to other schools.