The historical frame around Francis Poulenc’s 1957 opera Dialogues des Carmelites is the French revolution, and the historically-based story revolves around a convent of Carmelite nuns near Paris during the Reign of Terror who were rounded up and executed at the guillotine for their religious beliefs.

The real subject of the opera is, however, the faith journey of one young nun, Blanche de la Force, daughter of a French aristocrat, who joins the convent to escape the real world. Her doubts cause her to abandon her sister nuns, yet she is redeemed at the end of the opera when she returns to join them in their final sacrifice.

The Cleveland Institute of Music opera department presented four performances (two performances each with double casting of the principals) from February 27-March 2, in Kulas Hall at CIM. David Bamberger was the stage director, and Harry Davidson was the guest conductor of the CIM orchestra. This report is based on the Thursday evening performance. 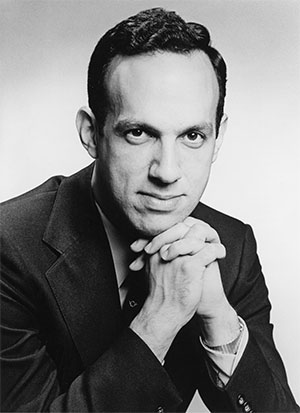 Poulenc directed that performances of Dialogues should be given in the native language of the audience; thus CIM’s performance was sung in English, with projected titles in English. And there are many words in Dialogues of the Carmelites; it is a philosophical piece, with little action, but lots of discussion about matters of religious faith, fear and doubt.

To the singers’ credit, their diction was for the most part superb, and the titles were usually not necessary. Although there are some musical motifs that recur at various points in the opera, there are no arias. Indeed, the high points of the music are several exquisite choral settings of religious texts: the Ave Maria and Salve Regina especially. This opera is not an obvious choice for a student production.

As Sister Blanche, April Martin brought a strong characterization of the fearful young nun, equal parts doubtful and self-righteous. Zoë Schumann was delightful as Sister Constance, the other young nun, who chatters away mindlessly, irritating Blanche. The Old Prioress, Madame de Croissy, was sung by Samantha Gossard, who made the most of the dramatic scene in which the prioress dies in agony, renouncing her faith. Before her death, Madame de Croissy assigns Mother Marie, here sung by Lyndsay Moy, to look after Sister Blanche’s spiritual development. It is a significant role; however, Ms. Moy was often inaudible over the orchestral sound.

A new prioress, Madame Lidoine, is assigned to the convent, seemingly over the preferences of the nuns themselves, who favor Mother Marie. As Madame Lidoine, Agostina Migoni brought a bright soubrette voice that, although musically accurate, did not have the gravity to dramatize the new Reverend Mother. The large supporting cast were all well prepared, as was the CIM orchestra.

The unit set, a series of platforms and gothic arches designed by Dave Brooks, was supplemented by small pieces to indicate the locations of the opera. The cast served as stage hands moving the furnishings. This pointed to a flaw in Mr. Bamberger’s direction, which was efficient in a generalized way: having the nuns move furniture distracted from the poise and dignity which would be expected of the group of religious. Also, the nuns especially seemed not to have been given much direction about what to do, especially with their hands; there was entirely too much gesticulation.

In the last act of the opera the convent is closed by the revolutionaries, and the nuns are forced to relinquish their habits and go into hiding in lay clothing. Yet after the nuns are rounded up and appear in prison, in this production they are shown again wearing full religious garb. This is nonsensical: the leaders of the revolution would not have given this group of traitors the ability to resume their treasonous (i.e., religious) activities by being seen in habits as they go to execution. More appropriately, they would have either been in the peasant garb they wore earlier in the act or in simple prison shifts, with their shorn heads covered by scarves.

The final scene of Dialogues of the Carmelites is one of the most arresting in all opera. As the nuns wait for their turn to meet the executioner they sing a triumphant setting of

the Salve Regina. One by one, they step off stage, and the music is interrupted by the “swish-chunk” of the blade dropping.

At last only Sister Constance is left, when Sister Blanche emerges from the crowd. Sister Constance is proven right, that Blanche would return. Blanche sings the last words of Salve Regina as she slowly follows her sister in Christ, mounting the executioner’s block. Blanche’s own song of faith is cut short. The crowd of revolutionaries disperses, and the opera ends quietly.

The CIM student cast and orchestra should be given great credit for their musical preparation in Poulenc’s complicated and philosophical opera, which is almost more oratorio than opera.

END_OF_DOCUMENT_TOKEN_TO_BE_REPLACED

A new CD by Christa Rakich, who is currently Visiting Professor of Organ at the Oberlin Conservatory, gives a nod in two directions. As its title announces, it’s an homage to her former teacher and colleague, the late Yuko Hayashi, longtime professor at the New England Conservatory and curator of Boston’s Old West Church Organ Series. It’s also the first recording to be made of Richards, Fowkes & Co.’s Opus 16 instrument, built in 2008 for Goodson Chapel of the Duke Divinity School in Durham, North Carolina. END_OF_DOCUMENT_TOKEN_TO_BE_REPLACED

END_OF_DOCUMENT_TOKEN_TO_BE_REPLACED

Hailed by the New York Times as “The Best Classical Music Ensemble of 2018,” Wet Ink Ensemble has lived up to this acclaim once again with their recent release Glossolalia/Lines on Black. The album takes its name from the two extended works by Wet Ink members Alex Mincek (saxophone) and Sam Pluta (electronics). The remainder of the septet includes Eric Wubbels (piano), Erin Lesser (flutes), Ian Antonio (percussion), Josh Modney (violin), and Kate Soper (voice). END_OF_DOCUMENT_TOKEN_TO_BE_REPLACED

Croatian-born pianist Martina Filjak, now living in Berlin, has released her latest album, Light and Darkness, featuring music by Franz Liszt — plus an epilogue by Arvo Pärt. The disc confirms once again all the special technical and interpretive qualities that won her the gold medal at the Cleveland International Piano Competition in 2009. END_OF_DOCUMENT_TOKEN_TO_BE_REPLACED