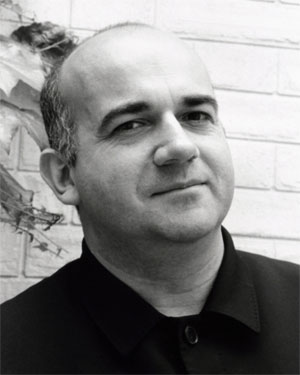 Joshua Bell describes his Gibson Stradivarius as an amazing instrument which enables him to express in his performances a multitude of nuanced shades and dynamics, much like an artist blessed with an immense cache of colors with which to paint. Likewise, pianists marvel at the expressive tonal and dynamic range of the Steinway. When a master sets his fingers to the keyboard, beauty, art and intelligence abound. Such was the case on Sunday afternoon, November 11 when the esteemed French pianist Hugues LeClère performed an innovative and masterly recital in celebration of the 150th anniversary of Debussy’s birth entitled Debussy, Poet of the Avant-Garde in Gartner Auditorium at The Cleveland Museum of Art as part of the Cuyahoga Community College Classical Piano Series.

Born in France, Hugues LeClère graduated with high honors in piano, music theory and chamber music from the Paris Conservatory. In addition to his concert career, LeClère is artistic director for the festival Nancyphonies, and is professor of piano at the Royal Conservatory of Brussels.

Debussy wrote his 24 preludes in two books between 1909 and 1913, expressing the troubled emotional atmosphere in Europe before World War I. Each miniature work creates a unique climate of poetic inspiration. With their unswerving modernity, the preludes have opened the way for composers of the 20th and 21st centuries. Juxtaposed between each of Debussy’s preludes — LeClère performed the 12 preludes which comprise Book 2 — was a work by a contemporary composer, eleven in total, all delivered sans pause and proving to be quite novel and effective. The contemporary composers represented were Hugues Dufourt, Laurent Durupt, Bruno Mantovani, Gilbert Amy, Thierry Escaich, Gérard Pesson, Suzanne Giraud, Marc-Olivier Dupin, Pierre Thilloy, Michael Levinas and Frédéric Durieux.

Notable in both the Debussy works and those of the contemporary composers was LeClère’s absolute realization and utilization of the extremes of the piano in terms of expression, execution, dynamics, nuance and effect. The pianist possesses an extremely cultivated technique with clean attack and accuracy, and great ease in his economy of motion and poised stage presence. In Dufort’s Vent d’automne, moments of tonic resolution were miraculously serene while the mystical and dissonant was poignantly expressive in its anguish. Mantovani’s Tarte au chocolat probed the depths of darkness, bursting into fanciful flights of dizzying figurations before repeated chords faded into silence. Lighter and somewhat capricious moments also made their way to our ears in Debussy’s La Puerta del vino, with its dance rhythms and exoticism, and General Lavine — Excentric with its jaunty, cakewalk quality.

Durupt’s Debucide, striking with its repeated staccato notes, dotted rhythmic figures and increasing momentum and dynamics, could be compared to popcorn slowly beginning to pop, one by one, overlapping quicker and louder, creating complex cross-rhythms until a barrage of cacophony overwhelms. Amy’s Apres…«les fées» was akin to an argument without resolution — questioning phrases not answered but frustratingly questioned themselves. Random tinkling in the piano’s upper register like wind chimes in the breeze contrasted by outbursts of Prokofiev-like rhythms distinguished Giraud’s Les Parhélies, while sumptuous tone clusters resolving almost inaudibly into heavenly chords, and suave glissandi made for striking effects in Pesson’s No-ja-li. Dupin’s Copland-like opening to Mister Quick Pick, Thilloy’s Le chant du Nâga’s grumbling with the menacing tolling of bells deep within the bowels of the piano with a central yearning section, and the frenetic momentum of Durieux’s toccata-like Echappée were all projected with utmost clarity and precision.

It is difficult to describe all of the 23 works presented individually because they were so well-crafted into a cohesive, unified entity. One would have had a hard time discerning between what was Debussy and what wasn’t had there not been a printed program. The similarities and influences between the Debussy preludes and the corresponding creations by the contemporary composers, as realized by LeClère, was a stroke of genius. The program, lasting approximately one hour and twenty minutes without pause, proved to be extremely stimulating, provocative and unusual.

Unfortunately the size of the enthusiastic audience was rather modest, perhaps due to the unseasonably warm weather — coupled with the fact that there were many other musical happenings in Cleveland on this autumn afternoon.

Bravo to Hugues LeClère for an innovative, masterfully conceived and executed program of piano music. Hopefully he will include Cleveland on his touring schedule again soon.

Jackson began the program with a recitation of Langston Hughes’ poem “Helen Keller” — the first of five poems by Hughes that served as interludes between each piece on the first half. END_OF_DOCUMENT_TOKEN_TO_BE_REPLACED

Pianos with pins and tape on strings, a bass drum and tam tam, crotales, Almglocken, and vibes. Microphones were hooked up all around the instruments. The feed was sent to speakers around the room. Lighting designer Nicholas Houfek hung incandescent globes over the arrangement of instruments from thin black wires stretching across the beams. END_OF_DOCUMENT_TOKEN_TO_BE_REPLACED

From the podium, Elim Chan set an ambitious tone for the evening. The rising star conductor, here in her Cleveland Orchestra debut, has a commanding style, and every twist and turn in Saturday’s performance tracked closely with her baton. END_OF_DOCUMENT_TOKEN_TO_BE_REPLACED