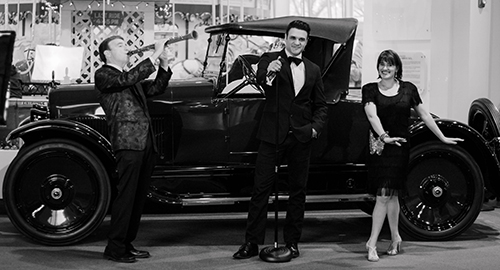 For the past 23 years, one of the best New Year’s Eve parties in Cleveland, if not the best, has been hosted by Carl Topilow and the Cleveland Pops Orchestra. That tradition will continue on Tuesday, December 31 at 9:00 pm at Severance Hall when Topilow and his Orchestra ring in 2020 with music from the past 100 years — 1920 to 2020.

Come in costume and enjoy a Roaring Twenties party after the concert. There will be dancing to The No Name Band and the Pops Jazz ensemble, photo opportunities, cash bars, and the traditional midnight balloon drop. To top it off, a $250 cash prize will be awarded to the person with the best ‘20s costume. Second place will be awarded $100, and third place $75. Tickets are available online. Click here to see a list of hotels offering special room rates to ticket holders.

“Can you believe it? This will be number 24,” Carl Topilow said during a telephone conversation. “We gave the first New Year’s Eve concert the same year we started the orchestra, and I think we knew it would last this long — it was a very popular event from the beginning.”

This year’s special guest artist will be vocalist Connor Bogart O’Brien. “He’s performed with us a lot, and has become a real audience favorite,” Topilow said. O’Brien will be featured in “All I Care About is Love” from Chicago (Kander and Ebb), George Gershwin’s Stairway to Paradise, Walter Donaldson’s Makin’ Whoopee, and Kurt Weill’s Mack the Knife. He will join pianist Arthur Topilow — Carl’s brother — for Jay Gorney’s Brother Can You Spare a Dime.

The concert will also include an appearance by the 2018 first place winner of the Shining Star CLE competition. Vocalist Hannah Kulawiak will join the orchestra for Jeanine Tesori’s “Gimme, Gimme” from Thoroughly Modern Millie. 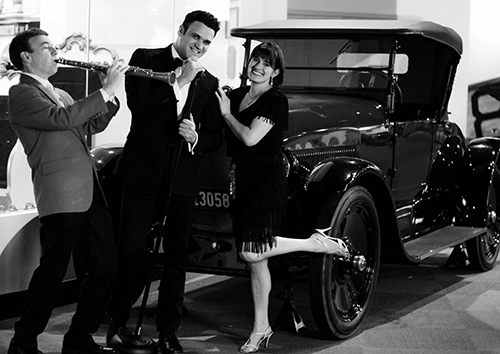 No Cleveland Pops concert would be complete without Topilow breaking out his clarinet, and this year is no exception. He’ll take center stage for Hoagy Carmichael’s Stardust, and in Bill Holcomb’s Dixieland Jamboree, he’ll join forces with trumpeter Jack Schantz and trombonist Paul Ferguson.

The audience participation will take on a new twist this year. “Usually everyone gets to blow their horns during the Ohio State fight song,” Topilow said. “But this year we’re going to do that during Beethoven’s ‘Turkish March’ from The Ruins of Athens to celebrate his 250th birthday. I don’t know for sure, but he might like it.”

As always, there will be plenty of opportunities for the Orchestra to shine. Some highlights include Josef Strauss’ Feuerfest Polka, medleys from the musicals Chicago, Showboat, and Ragtime, and music by Irving Berlin.

“It’s going to be a great night,” Topilow said. “And we’re already making plans for year 25.”