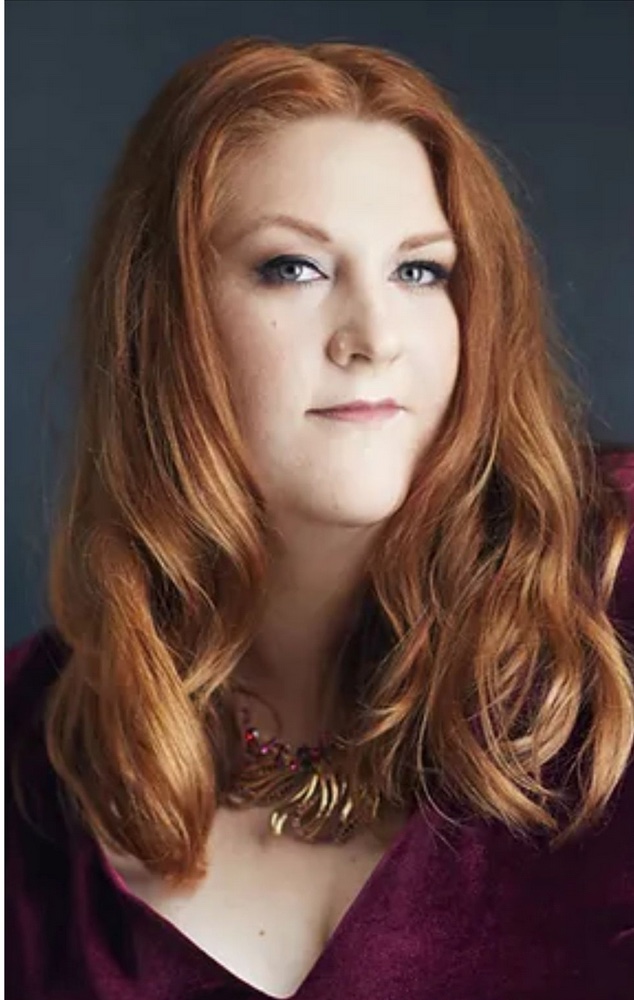 The last time Tamara Wilson was in town, she was here to perform the title role of Richard Strauss’ Ariadne auf Naxos with The Cleveland Orchestra. Next week the critically acclaimed soprano will open the Cleveland Art Song Festival with a recital on Monday, May 23 at 8:00 pm in Mixon Hall at the Cleveland Institute of Music.

In addition to Monday’s recital, Wilson will present master classes on Friday, May 27 at 10:30 am and 3:00 pm in Mixon Hall. And you can also catch her down the street at Severance Music Center where she will be singing the role of Desdemona in The Cleveland Orchestra’s concert performances of Verdi’s Otello on May 21, 26, and 29.

Like many, the long absence of live performances due to the coronavirus caused Wilson to re-examine things, one of which was a program she had created for a performance that was postponed.

“I was looking at it and I thought, you know what, I don’t want to sing these songs anymore,” Wilson said during a recent telephone conversation. “So I talked to Warren and said, can we just build a whole new program? And he said sure.”

Wilson said that the program was built around Evan Snyder’s Tiffandra’s Spellbook. The composer and singer met in 2019 at the SourceSong Festival in the Twin Cities. “Warren and I had done a recital there and I met Evan,” she said. “I told him, ‘I really love your music and we should work together sometime,’ so out of the pandemic came this song cycle. It’s just a fun take on magic spells for modern-day problems. It’s cute, fun, and the music is gorgeous.”

Tiffandra’s Spellbook was also born out of necessity. “People have been singing the same art songs for a while now,” the soprano said. “And trying to find something that is light-hearted and funny for my voice type is kind of hard.”

While Wilson did ask Snyder for a piece substantial enough to make up an entire section of a recital, what started as a work of two or three songs quickly evolved into a 22-minute, 5-song cycle. “Anybody with any voice type can sing these,” she said. “You can choose the ones you want to include and put them in any order because they all have a throughline introduction. And the piece is evolving — we’re adding more songs to it.”

“The French pieces are all about trees, the forest, and dreams,” she said. “And the aria from Alcina is when she realizes that her power is fading, so it’s about enchantment going away. I also asked Warren what he would like to play and he said, ‘I’d kind of like to do the Four Last Songs with you.’ I said, ‘Okay — the poetry of those fits the theme of enchantment as well.’”

Although Wilson has performed the Strauss with orchestra on one occasion, she was intrigued by the thought of doing the songs with piano. “The piano really strips things down and makes the piece a lot more intimate — I’m excited about singing it.”

What are the challenges of creating an art song program in the 2020s? Wilson acknowledged that there is a sameness to many programs, and that the standard art song repertoire has already been perfected on recordings. “I’ve always been interested in pieces that are not done as much,” she said. “It’s also easier than being compared to Brigette Nielsen singing this or Caballé singing that.”

Wilson said that when searching for new songs, she has one rule of thumb. “If I’m not into a song in the first 30 seconds, I don’t go any further. It has to grab me personally and immediately. If I’m invested in it, that will translate to the audience. But yes, everybody is doing Winterreise cycles, so I’ll let everyone do that and I’ll sing what I want to sing.”

Moving our conversation to the topic of her collaborator, I asked Wilson how long the line is to get on Warren Jones’ recital card? “I was lucky because when we did that recital in Minnesota, the festival had already booked him, so when they said they’d love for me to do a recital and Warren Jones will be playing for me, I said lucky for me. But the reason he’s on all of these programs is that his knowledge is vast and he’s worked with some of the best singers in the world. And if you’re going to do a recital with someone, do it with the man who not only has the talent but the passion for it. He’s always so in tune with you that it feels like you’re breathing together from the very beginning.”

Returning to the topic of the pandemic, Wilson said she experienced a range of emotions during that period of time — which extended into her first performance back. “It was at Wolf Trap, an aria concert, and I had nerves like I had never had before,” she recalled.

“It was a weird thing because you identify yourself as your voice for so long, and to have it taken away for a while makes you question everything. So I would say that during that period it went from depression, to existential crisis, to fun being at home, and in the end I proved to myself that I love this job and the opportunity to perform more than anything on earth. And having it taken away made me appreciate it more.”

END_OF_DOCUMENT_TOKEN_TO_BE_REPLACED

Rodgers & Hammerstein’s Cinderella was originally produced for television in 1957 — seven years after the animated Disney film was released — and starred Julie Andrews. According to the Rodgers & Hammerstein website, it was viewed by over 100 million people. END_OF_DOCUMENT_TOKEN_TO_BE_REPLACED

The story line has its origin in an 1855 play and an 1842 farce that Thornton Wilder mined for his 1938 play The Merchant of Yonkers. When that turned out to be a flop, in 1954 Wilder made the crucial decision to re-center the show around the character of the legendary marriage broker Dolly Gallagher Levi and renamed it The Matchmaker. END_OF_DOCUMENT_TOKEN_TO_BE_REPLACED

The Dodero Center for the Performing Arts at the Gilmore Academy in Gates Mills is one feature of an impressive campus. The auditorium is shallow, the stage is deep, and the ensemble played without a shell. Throughout the program, the sound, especially in instruments’ lower registers, tended to disappear. END_OF_DOCUMENT_TOKEN_TO_BE_REPLACED