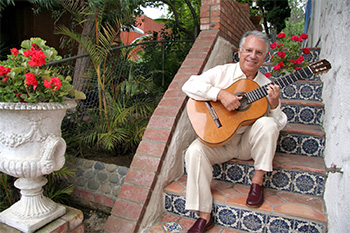 There were unexpected changes in  July 19th’s Summers@Severance concert due to the illness of previously announced conductor Pablo Heras-Casado and the substitution of Swiss conductor Thierry Fischer, who is currently music director of the Utah Symphony. This necessitated a change in program as well: Debussy’s La Mer was played instead of the same composer’s Iberia.

These summer concerts are usually a bit over an hour in length, with no intermission. In this case the program was 95 minutes of music straight through — almost a full-length concert — and it had everything: familiar tunes, a brilliant soloist in guitarist Pepe Romero, and one of the most famous and dramatic works from the French impressionist period.

The star of the show was Romero, one of the great classical guitar virtuosos of our time. The son of Caledonia Romero and brother to Celin and Angel, the four collectively comprise “The Romeros.” Romero was soloist in Joaquín Rodrigo’s familiar Concierto de Aranjuez, first performed in 1940 and given its first performance in the United States by The Cleveland Orchestra in 1949.

Romero conquered the concerto’s technical challenges long ago, allowing the listener to revel in his exquisite musicianship. Rodrigo’s colorful scoring is a model of restraint. The guitar, which was very discreetly amplified, is not a loud instrument, so the composer uses very thin orchestration, often in diverse registers, only utilizing the full ensemble when the soloist was either silent or just adding to the orchestral texture.

Cellist Richard Weiss and English hornist Robert Walters shone in their major solos. This same concerto is on the program at Blossom Music Center on Sunday, July 21, but the Severance Hall audience may have gotten the better deal. We were able to hear the subtleties of the soloist’s interaction with the orchestra, as well as the overall musical details in the perfect acoustics of Severance Hall.

Romero returned after a lengthy ovation to play a short but virtuosic encore, Fantasia Cubana, by his father, Celedonio Romero. 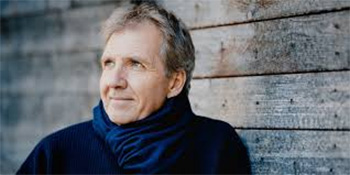 The program opened with an orchestral suite from Bizet’s Carmen. Although the opera was not an initial success, it has claimed its place as an audience favorite, and the two orchestral suites, from which Thierry Fischer selected seven movements, gave us most of the opera’s favorite melodies. There was the toreador music and the fate motif from the overture, Carmen’s “Seguidilla,” the exquisite “Entr’acte” that separates Acts 2 and 3, a “Nocturne” (Micaela’s aria, with the vocal line played with lyrical beauty by concertmaster Peter Otto), “Aragonaise,” and the rollicking Act 2 “Danse bohème” in the smuggler’s den. The “Entr’acte” fared the best, with its delicacy and light touch. The balances in the louder movements tended to favor the brass at the expense of the rest of the ensemble.

Debussy’s La Mer is stitched into the fabric of The Cleveland Orchestra, which has given it many performances and made several recordings of the piece since they first performed it in 1927. Thierry Fischer’s interpretation was overtly sensuous and uncommonly colorful, the waves of Debussy’s sonic ocean pouring over the audience. The many solos are intrinsic to the work, as well as Debussy’s fascinating combinations and layers of sound. The brass occasionally dominated, as in the Carmen suite, but otherwise, this was a highly enjoyable performance.

After the concert, dance music was booming and drinks were to be had in the Severance Hall lobby and on the front terrace, but with an outdoor temperature hovering about 90 degrees at 8:30 pm, and high humidity, a retreat to my air-conditioned car and home prevailed.

END_OF_DOCUMENT_TOKEN_TO_BE_REPLACED

Rodgers & Hammerstein’s Cinderella was originally produced for television in 1957 — seven years after the animated Disney film was released — and starred Julie Andrews. According to the Rodgers & Hammerstein website, it was viewed by over 100 million people. END_OF_DOCUMENT_TOKEN_TO_BE_REPLACED

The story line has its origin in an 1855 play and an 1842 farce that Thornton Wilder mined for his 1938 play The Merchant of Yonkers. When that turned out to be a flop, in 1954 Wilder made the crucial decision to re-center the show around the character of the legendary marriage broker Dolly Gallagher Levi and renamed it The Matchmaker. END_OF_DOCUMENT_TOKEN_TO_BE_REPLACED

The Dodero Center for the Performing Arts at the Gilmore Academy in Gates Mills is one feature of an impressive campus. The auditorium is shallow, the stage is deep, and the ensemble played without a shell. Throughout the program, the sound, especially in instruments’ lower registers, tended to disappear. END_OF_DOCUMENT_TOKEN_TO_BE_REPLACED