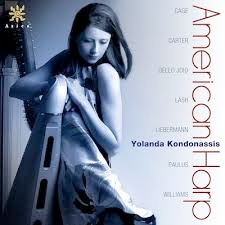 With sixteen recordings to her credit, one could wonder what harp music there could possibly be left to record, but once again the musical genius of Yolanda Kondonassis has prevailed with her latest release, American Harp, on the Azica Records label.

In her liner notes, Kondonassis writes, “The compositions on this album were chosen to highlight the range and dimension of the harp’s voice in American music from the middle 20th-century to present.” Indeed, the album showcases pretty much everything the harp is capable of doing — and that’s much more than merely glissandos.

Three of the pieces are world premiere recordings. Lash’s six-minute Stark from 2008 opens strikingly with a colorful use of harmonies and melodic twists and turns — an evocative journey through the emotions of a “beautiful” nightmare. END_OF_DOCUMENT_TOKEN_TO_BE_REPLACED 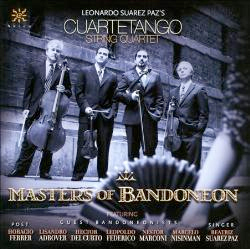 “I first met Leonardo after the performance of Romance de Tango that he created for the Cleveland Museum of Art’s VIVA! & Gala series in 2009,” Bise told me over coffee. That performance featured Paz’s award-winning string quartet Cuartetango, as well as eight dancers. Bise said that he struck up a conversation with Paz, one thing led to another, and soon they were working together on the recording project. The project also took Bise on his first visit to Buenos Aires, a trip that he calls life-changing. “First, the musical life in the city is intoxicating, and Tango is the national soundtrack of Argentina that plays 24/7.” END_OF_DOCUMENT_TOKEN_TO_BE_REPLACED

END_OF_DOCUMENT_TOKEN_TO_BE_REPLACED

Franz Welser-Möst led the final bows on Saturday night at Severance, like the star of any show should. The Cleveland Orchestra’s music director is in his element presiding over the ensemble’s annual opera production, which this season packs the drama. Verdi’s Otello — in a concert staging that opened May 21 and runs for two more performances (May 26 and 29) — demands big voices, instrumental forces to match, and a conductor who can give it all shape and direction. END_OF_DOCUMENT_TOKEN_TO_BE_REPLACED

The cimbalom was the feature of the show, an instrument capable of taking on many personas. Its performer, Chester Englander, has shaped his career around the instrument, and has inspired composers to write more repertoire for it, some of which was presented on the program. END_OF_DOCUMENT_TOKEN_TO_BE_REPLACED