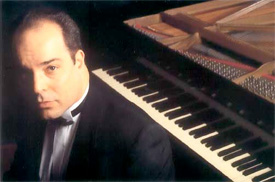 A particularly edifying component of the MasterWorks Concerts from the Canton Symphony Orchestra are the “Performance Preludes,” presented one hour before the program. Traditionally, these 30-minute sessions are lectures by guest speakers, often accompanied by recorded segments of music used to elucidate aspects of the upcoming program.

The prelude to the all-Tchaikovsky concert on November 4, however, broke that mold. It featured the Canton Symphony Chorus, directed by Britt Cooper, in a thoroughly informative live performance. Singing in Russian, the chorus gave us five excerpts from Tchaikovsky’s 1878 a cappella choral settings of texts from the Divine Liturgy of St. John Chrysostom, the most celebrated of the Eucharistic services in the Eastern Orthodox Church. This stunning performance revealed an important aspect of Tchaikovsky’s musical passions arguably unfamiliar to many, and one that went far in deepening my appreciation of his eclectic spirituality.

It was certainly a spiritual eclecticism that was brilliantly surveyed in the program that followed, beginning with the Polonaise from Act III of Tchaikovsky’s 1878 opera, Eugene Onegin. The music describes the moment when Onegin is smitten at the sight of the beautiful Princess Tatianna entering the palace ballroom and the ensuing dance. From the exhilarating trumpet fanfare at the beginning, through the delicate, spritely central theme for winds and an airy cello melody, and an emphatic dash to the thrilling final notes, the orchestra was simply dazzling in delivering some of Tchaikovsky’s most charming and decorative music.

Tchaikovsky’s Piano Concerto No. 1 is music of a much more compelling sort, likewise the artistry of guest soloist Norman Krieger. The work opens with a dramatic, brassy fanfare, which quickly blossoms into one of classical music’s most instantly recognizable, iconic melodies. Interestingly enough, while it’s the full orchestra that first pours out that eternally inspiring theme, the strident chords from the piano are initially only an accompaniment, albeit a lively one. When the piano does play the melody, it’s less stentorian and more intricate in character, setting up the call-and-response dynamic between orchestra and pianist that is threaded through the entire concerto.

Both the orchestra and the soloist were deeply sensitive to this dynamic — a chemistry of dualities wherein moments of heroic grandiosity (though never issued in an attitude of gratuitous bombast) alternate with gentler episodes of rapturous poignancy. Krieger’s technical prowess was unassailable. While his pounding cadenzas were surely a breathtaking melding of muscle and accuracy, he played throughout the work with real reverence for the music’s poetic spirit. This was especially evident in the delightful prestissimo passages of fast, frolicking fingerwork during the achingly beautiful second movement.

Then, con fuoco! Did someone yell fire? All of Krieger’s remarkable gifts of power, precision, and graceful lyricism launched together flawlessly during the third movement’s coda into a wondrously ascending race to the exuberant final chord. And as if to gently set us down from those blazing heights, he answered our boisterous call for an encore with a gorgeous, heartfelt performance of Chopin’s Nocturne, Op. 9, No. 1.

More fire was to come in the form of Symphony No. 4. A truculent brass fanfare opens this Romantic epic, and the orchestra effectively embodied the seriousness of the moment. This was, after all, as Tchaikovsky told in his original program notes, the arrival of Fate itself, the “ineluctable power of destiny” poised above our heads and poisoning our souls.

Gerhardt Zimmermann’s seemingly magical capacity for eliciting palpable emotion from his exciting orchestra has never been more authoritative. With an economy of gestures, he deftly sustained the ensemble’s aural depth, clarity, and radiant sonority — no simple task, considering the structural and thematic complexities of the work. The intensity of the first movement left us in an agitated, stormy atmosphere. An exquisite oboe solo opened the second movement — a contemplative, wistful journey punctuated with lush warmth from the strings and seductive solos from clarinet and bassoon. The piquant third movement was an intoxicating, dreamlike interlude — a mesmerizing episode entirely saturated with crisp, pizzicato strings.

An urgent sense of impending victory pervaded the beginning of the blazing final movement. Later in the proceedings, the Fate theme made a rude re-appearance, bringing a turbulent halt to what had just been a mood of optimism. But then, from this moment of gloomy, nearly total silence, a glorious crescendo commenced and accelerated at breakneck speed to an explosive, celebratory conclusion.

Further elevating the adrenaline levels in Umstattd Hall, a jubilant Gerhardt Zimmermann then led the orchestra in an electrifying encore: Russian Dance from The Nutcracker ballet.