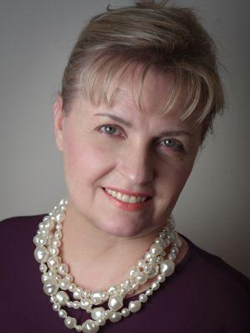 Beginning with its production of Mozart’s Die Entfuhrung aus dem Serail in 1989, the company formerly known as Opera Circle Cleveland has presented eight of the composer’s musical dramas. This week, under the company’s new name, The Cleveland Opera will complete their survey of the Mozart-Da Ponte operas with two performances of Don Giovanni on April 7 and 8 at 7:30 pm at First Baptist Church.

“Knowing the challenges the opera presents, we’ve always said that we would produce Don Giovanni later, but now is the time,” executive artistic director Dorota Sobieska said during a telephone interview. “This is my favorite of the Da Ponte operas — the music is pure magic and it fits each character perfectly.”

Based on the legends of Don Juan, the opera opens with Don Giovanni, an unabashed womanizer, sneaking into the bedroom of Donna Anna. When she screams, her father the Commendatore comes to her assistance. A fight ensues, and Don Giovanni escapes, leaving him for dead. With no sense of remorse, Giovanni is soon in pursuit of another woman.

Sobieska, who will perform the role of Donna Anna, said that she finds the opera’s story to be all too familiar. “Throughout history, we have been at the mercy of people in power who don’t take responsibility for their actions, and have no idea what problems they are causing for others. It’s pretty much a continuous story. In fact, one of the most interesting things about the score is that it only places the opera in a city in Spain, it doesn’t say which city or when. I like that because it shows that the story is universal.”

Sobieska also enjoys the opera’s complex characters, who she said can be portrayed differently depending on the production. “In one, Don Ottavio (played here by Kyle Kelvington) can be brave, and in another, he can be a shy guy.”

It is her own character that Sobieska finds to be the most misunderstood. She noted that Donna Anna is often presented as a victim. “But she tells Don Ottavio to kill Don Giovanni (played here by Lawson Anderson), and no pious woman would ever say that. She is not evil, but she has a short fuse.”

With so many distinct personalities onstage, who is the opera’s central character? “To me it is Donna Elvira (Rachel Morrison). Although she’s often portrayed as Don Giovanni’s jilted, nagging wife, I think she is hurt. On one hand, she wants to warn the young women about him, but on the other hand, I’m not sure she isn’t sending a secret message letting them all know that he belongs to her.”

The cast will also include Nathan Baer as Leporello, Susan Fletcher as Zerlina, Christopher Aldrich as Masetto, and Adam E. Shimko as the Commendatore. Conductor Grzegorz Nowak will lead The Cleveland Opera orchestra and chorus.

“We have a very big chorus and they will be onstage a lot,” Sobieska said. “We’re still figuring out how to fit everyone in the sanctuary, but it’s exciting to see that so many people were interested in being part of the production and the creative process.”

In addition to the pit orchestra, the opera also calls for an onstage ensemble to play during the ballroom scene. “Musically this is a big undertaking, but we have a great conductor and fantastic musicians, so everything is going to be wonderful.”

END_OF_DOCUMENT_TOKEN_TO_BE_REPLACED

Rodgers & Hammerstein’s Cinderella was originally produced for television in 1957 — seven years after the animated Disney film was released — and starred Julie Andrews. According to the Rodgers & Hammerstein website, it was viewed by over 100 million people. END_OF_DOCUMENT_TOKEN_TO_BE_REPLACED

The story line has its origin in an 1855 play and an 1842 farce that Thornton Wilder mined for his 1938 play The Merchant of Yonkers. When that turned out to be a flop, in 1954 Wilder made the crucial decision to re-center the show around the character of the legendary marriage broker Dolly Gallagher Levi and renamed it The Matchmaker. END_OF_DOCUMENT_TOKEN_TO_BE_REPLACED

The Dodero Center for the Performing Arts at the Gilmore Academy in Gates Mills is one feature of an impressive campus. The auditorium is shallow, the stage is deep, and the ensemble played without a shell. Throughout the program, the sound, especially in instruments’ lower registers, tended to disappear. END_OF_DOCUMENT_TOKEN_TO_BE_REPLACED