“I think that programming is an art form in itself,” the very friendly Denève said by telephone from his home in Brussels. “The placement of a piece will influence the way that you listen to the next one. It’s a bit like planning a meal — you have to decide on the order of each dish.”

Denève, who serves as Music Director of the Brussels Philharmonic, said that programming music of the 21st century is a mission of his, noting that this program includes two such pieces, one of which is by a female composer. “At the same time the Scriabin is a rarity, and then there’s the blockbuster: the Debussy.” 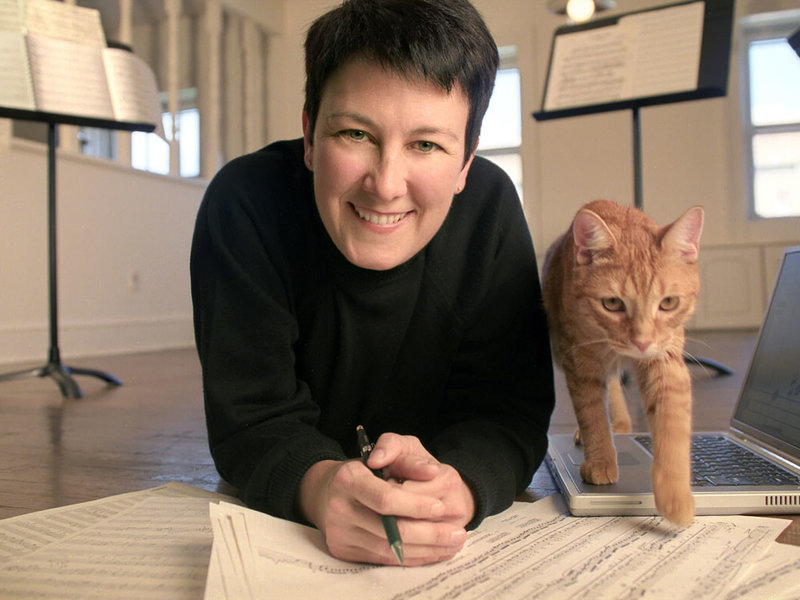 Higdon’s blue cathedral was premiered in 2000 by the Curtis Institute of Music Symphony Orchestra. The piece was written in memory of her brother, Andrew Blue Higdon, who died of skin cancer in June 1998. “I am Principal Guest Conductor of The Philadelphia Orchestra and Jennifer lives there, and we’ve become friends,” Denève said. “She’s very successful with this piece — I think it’s been played more than 600 times by more than 200 different orchestras, which is incredible. I’ve conducted it with about ten orchestras.”

In her program notes Higdon writes:

Blue…like the sky. Where all possibilities soar. Cathedrals…a place of thought, growth, spiritual expression…serving as a symbolic doorway in to and out of this world. Blue represents all potential and the progression of journeys. Cathedrals represent a place of beginnings, endings, solitude, fellowship, contemplation, knowledge and growth. As I was writing this piece, I found myself imagining a journey through a glass cathedral in the sky. 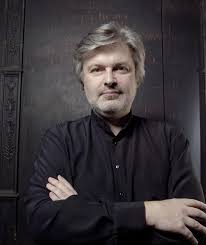 MacMillan’s Third Piano Concerto (“The Mysteries of Light”) was first performed in 2011 by Jean-Yves Thibaudet and the Minnesota Orchestra. The work’s five sections are based on the Luminous Mysteries rosary meditations introduced by Pope John Paul II in 2002. “I adore this piece,” Denève said, “I believe it is one of the masterworks of the 21st century.”

Having lived in Scotland for eight years while he was the director of the Royal Scottish Orchestra, the conductor noted that he has a special connection with MacMillan.

“I lived in Glasgow and so did James, and we became friends. He’s a lovely man — extremely soft-spoken, very humble, sensitive, and a good listener. I was just talking to him on the phone a couple of weeks ago and he is finishing his fifth symphony, which will be premiered this summer at the Proms. I find his music to be a bit like Britten’s in that it kind of reflects the flavor of the area — it sounds like it is connected to the soil.”

Denève said the concerto, full of light effects and colors, is the perfect piece for Thibaudet. “He plays the piece so well. Jean-Yves is like family — we are close friends and he was the best man at my wedding. We see each other a lot, not just onstage.”

For Denève, the key to understanding Debussy’s Prélude à l’après-midi d’un faune is found in the work’s title. “This moment of noon is very symbolic. I don’t know if you have ever felt a very heavy summer sun when everything seems to stop moving and you want to nap because it’s too hot. I find it very special that the faun is kind of half-dreaming. There’s nothing else like this piece — it’s so inspired, structurally beautiful, and extremely sensual.” 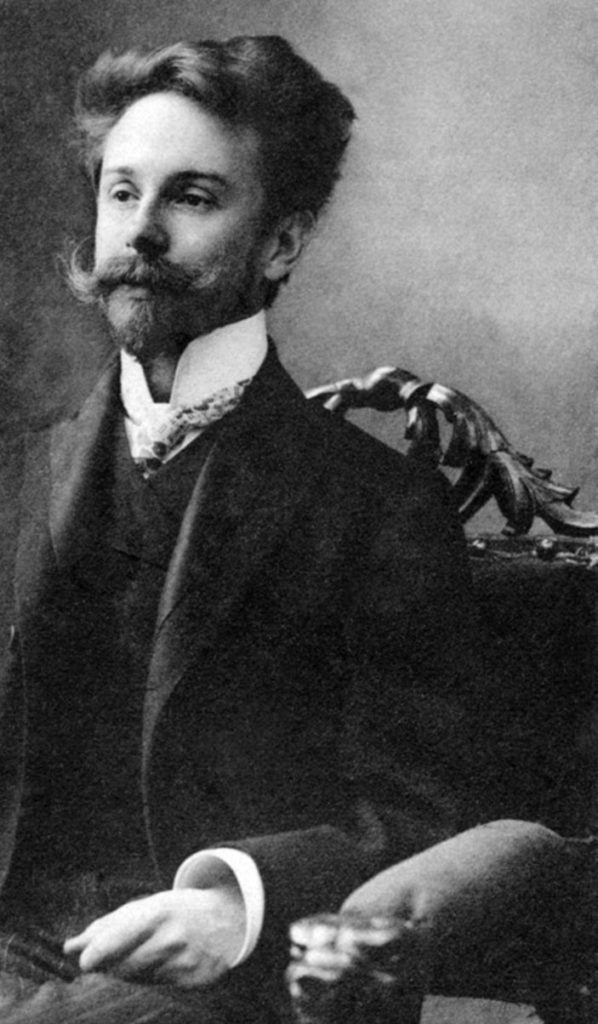 The program notes for the premiere of Scriabin’s The Poem of Ecstasy concluded with the following:

When the Spirit has attained the supreme culmination of its activity and has been torn away from the embraces of teleology and relativity, when it has exhausted completely its substance and its liberated active energy, the Time of Ecstasy shall arrive.

“The only way I could imagine ending this program is with this piece,” Denève said. “In the score, there are a lot of French words describing the music, like très parfumé for instance — very perfumed. It builds to this radiant C Major at the end with the organ, which is so glorious and powerful.”

Winding down our conversation, I asked Denève about the Brussels Philharmonic’s Centre for Future Orchestral Repertoire, which collects information about works that have been premiered since January 2000 by professional symphonic ensembles of 60 players and above. The findings will be published on Cffor’s website, complete with links to audio files, publishers’ and composers’ websites, and other background data.

How many pieces are there? “It’s a few thousand,” Denève said. “We are improving the website as we speak. It’s fantastic to see, and for me it’s essential that we help the music world know what is there — what works are played. Every concert I perform in Brussels includes at least one piece from the 21st century without exception. I have had such nice feedback from the audience. They feel it is just normal to have this music at each concert.”

In addition to his positions in Brussels (his contract was recently extended to 2022) and Philadelphia, Denève is the Music Director Designate of the St. Louis Symphony Orchestra. “It’s good to have work,” he said. The week after Cleveland he’ll be in Philadelphia, then it’s off to St. Louis, and back to Brussels to finish the season.

“Then I am so happy because I will go to Amsterdam to conduct Pelléas et Mélisande with the Concertgebouw in the pit. It’s a dream come true. But in between performances I have some concerts in Berlin, so it’s crazy. I’m a little bit too busy, but I love music so it’s all good.”

Supported by engagingly, yet simple staging by Cara Consilvio, a well-prepared cast of singers told the archetypal story of Cinderella with charm and flair. Framing the production was  a sparse but colorful set and wonderful lighting by Dave Brooks. END_OF_DOCUMENT_TOKEN_TO_BE_REPLACED

END_OF_DOCUMENT_TOKEN_TO_BE_REPLACED

The music isn’t easy to play, either. Over the course of two hours, all of the musicians brought fantastic focus to the unrelenting tricky rhythms and countless layers of parts, all of which require a high level of individual responsibility. Even in the moments of calm, the accompaniment remains perpetually unsettled. Adams — who made a sprightly presence on the podium — combines minimalist, repeating motives in gradual layers, which eventually become so dense they overwhelm the senses. Lisa Wong deserves special mention for her thorough preparation of the Cleveland Orchestra Chorus, as does Jennifer Rozsa for the Children’s Chorus, which made a brief but memorable appearance in the last few minutes. END_OF_DOCUMENT_TOKEN_TO_BE_REPLACED