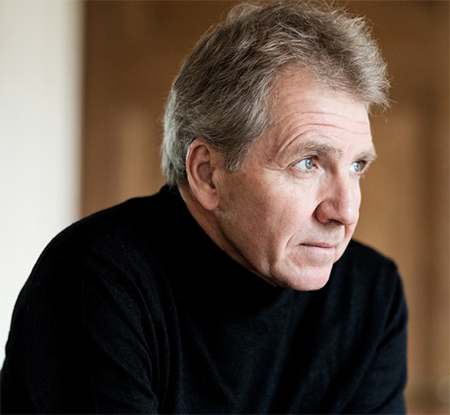 When Thierry Fischer stepped onto Blossom Music Center’s stage on July 21, he began conducting so quickly, it was almost like the music started before he got to the podium. The concerts that weekend marked the Cleveland Orchestra debut of the Swiss conductor, who was announced only days before as a last-minute substitute for an unwell Pablo Heras-Casado. He led the Orchestra adeptly through a program of popular pieces.

Joaquín Rodrigo’s Concerto de Aranjuez enjoys astonishing success as the undethroneably most popular concerto for guitar and orchestra on the planet, and it formed the heart of the evening. The soloist was Pepe Romero, founding member of the world’s preeminent guitar quartet, Los Romeros, and he cast a hypnotic spell with his sheer mastery of the work. Through beautiful trills, sensitive timing, and a clearly holistic approach to the longform architecture of the music, Romero kept up a keen sense of musical line and almost seemed to narrate a fable.

Because the classical guitar is not a particularly loud instrument, Rodrigo was careful to ensure it could be heard in his orchestration, and Fischer kept the orchestra subdued when Romero was playing the melodies. The balance challenges of the instrument were clear during some of the louder tuttis, and Romero could barely be heard in a few, mostly textural spots, even though he was amplified. After a lively “Allegro con spirito,” Romero shone during the famous melodies of the “Adagio,” imbuing the solo line with nuance and nostalgia. Robert Walters was brilliant in the English horn passages, heightening the movement’s emotional impact. Romero ended the final movement, “Allegro gentile,” with a beaming smile, and went on to give a moving encore: Fantasía Cubana by Romero’s father, Celedonio Romero.

The concert opened with an Orchestral Suite from Bizet’s Carmen. Fischer brought an extremely minimal, baton-less approach to conducting, and there were even many moments where his hands barely moved. The Orchestra played the familiar music with aplomb. Jessica Sindell’s lovely flute solos crafted a pleasant idyll in the “Intermezzo,” and concertmaster Peter Otto’s solo in the “Nocturne” was gorgeous. Florid winds came together and sparkled during the “Aragonaise” and the “Danse Bohème.”

As with the Bizet, wonderful solos decorated Nikolay Rimsky-Korsakov’s Capriccio Espagnol. Principal clarinet Afendi Yusuf whipped through the energetic lines with zeal, and each of the subsequent free-tempo cadenzas for horns, violin, flute, clarinet, and harp in the “Scena e canto gitano” were magnificent.

While paintings of the ocean inspired Debussy’s La mer, the Orchestra’s rendition of the titanic work inspired the Cuyahoga Valley to produce peals of thunder and lightning. Amidst the storm, Debussy’s evocative music came alive. Principal oboe Frank Rosenwein’s solos glimmered during the “Jeux de vagues” (“Play of the Waves”), and he matched Sindell exquisitely in their seamless, ethereal solo in the “Dialogue du vent et de la mer” (“Dialogue of the Wind and the Sea”). As La mer was also a last-minute change to the program, it was impressive that the Orchestra delivered such an exhilarating performance of the complex piece on such short notice.

END_OF_DOCUMENT_TOKEN_TO_BE_REPLACED

Rodgers & Hammerstein’s Cinderella was originally produced for television in 1957 — seven years after the animated Disney film was released — and starred Julie Andrews. According to the Rodgers & Hammerstein website, it was viewed by over 100 million people. END_OF_DOCUMENT_TOKEN_TO_BE_REPLACED

The story line has its origin in an 1855 play and an 1842 farce that Thornton Wilder mined for his 1938 play The Merchant of Yonkers. When that turned out to be a flop, in 1954 Wilder made the crucial decision to re-center the show around the character of the legendary marriage broker Dolly Gallagher Levi and renamed it The Matchmaker. END_OF_DOCUMENT_TOKEN_TO_BE_REPLACED

The Dodero Center for the Performing Arts at the Gilmore Academy in Gates Mills is one feature of an impressive campus. The auditorium is shallow, the stage is deep, and the ensemble played without a shell. Throughout the program, the sound, especially in instruments’ lower registers, tended to disappear. END_OF_DOCUMENT_TOKEN_TO_BE_REPLACED