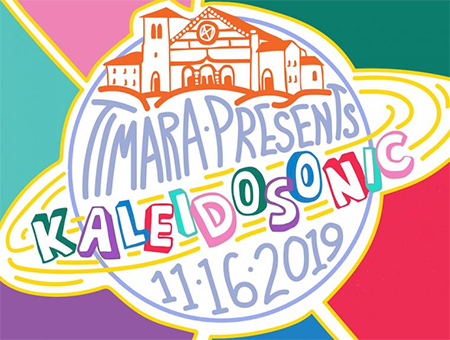 There’s going to be a party at Finney Chapel on Saturday, November 16 beginning at 7:30 pm. The grand occasion marks the fiftieth anniversary of Oberlin Conservatory’s TIMARA (Technology in Music and Related Arts) program, the nation’s first conservatory program in electronic music.

“Kaleidosonic will be an epic celebration of music at Oberlin. It includes musicians and ensembles from the Conservatory, the College, and the community,” Lopez said. “We’re calling it a festival because it is more than a concert. It will be many hours long and the music will be non-stop — one big, long, sonic collage of ensembles, groups, and individual musicians. People can come and go as they wish and there will be food trucks available from 7:00 until 10:00.”

When visioning the event, Lopez wanted to demonstrate how TIMARA functions as the glue between College and Conservatory departments and the community. “I wanted to put together an event where most of the musical content was drawn from collaborators. There will be about twenty speakers around the audience, who will experience a surround-sound, immersive sonic environment. It is a TIMARA event, but I imagine that a lot of people won’t think of it as an electronic music concert because they’re going to hear a children’s choir, a high school marching band, taiko, and a steel drum ensemble.”

The Kaleidosonic performances are more than a continuous parade of musicians on and off the Finney stage — Lopez has truly curated the event. “One of my favorite pieces is Copland’s Fanfare for the Common Man, so at the beginning I have a brass ensemble and the taiko drums. The ensemble will play the brass part and the taiko will play one of their pieces at the same time, not the drum part from the Copland. This will be an intense, interesting juxtaposition of music.”

Another unlikely pairing will be bagpipes and a marching band. “When the pipes are inside, the band will start playing outside so you’ll hear them from a distance. The band will march into Finney and down the aisles. It’s kind of like Ives.” The bagpipes will also be featured in a new work by TIMARA student Piper Hill. 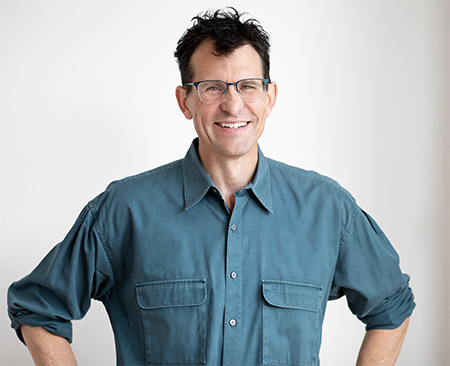 When thinking about what this anniversary event would look like, Lopez drew on an experience he had as a student, when avant-garde Russian composer and experimental artist Sergey Kuryokhin came to campus. “I was in the Oberlin synthesizer ensemble and we were part of that concert. What really stuck with me was how he used multiple styles of music. Ever since, I thought it would be fun to do something similar.”

In his book Red and Hot: The Fate of Jazz in the Soviet Union 1917-1991, S. Frederick Starr writes: “For a 1989 performance at Oberlin College in Ohio [Kuryokhin] assembled jack hammers, four harpists, Javanese gamelan, a gospel choir, and six synthesizers.” Starr served as the president of Oberlin College from 1983 until 1994. (Click here to watch a video of Kuryokhin and his band Pop-Mekhanika curating an event in Liverpool, England.) 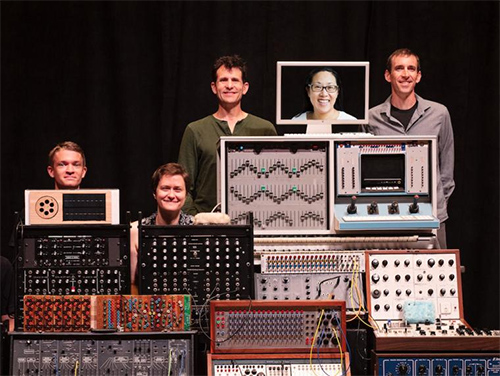 On Saturday, the intersection between the acoustic and the electronic will be managed by visiting TIMARA professor Eli Stine. Lopez explained that large mixing boards will handle the inputs and the outputs. In between, Stine will have his computer managing the flow of sound. From the center of the space, students armed with laptops will process the sound from the microphones and send it back into the space via the twenty speakers located throughout Finney Chapel. “Eli is command central in terms of the flow of sound to the people doing the live processing.”

Winding down our conversation, Lopez reflected on how much has changed in the world of electronic music in the past 50 years. “It used to be that the only options were reel-to-reel mixed media pieces, or if you were doing something live you were using a MIDI keyboard, and that was fairly limited in its timbre world.”

As a sound artist, Lopez said it has been exciting to be able to play with sound composition and collage on an epic scale. “I have not written a single note — everything that the musicians will play is music that they have brought with them. But I’ve had the luxury of picking the order, and deciding who is overlapping where and with what piece, so I have had a meta level of creative input on this experience.”

END_OF_DOCUMENT_TOKEN_TO_BE_REPLACED

The strings-only work by Berg has made relatively frequent appearances on the Orchestra’s programs. In 2021, the musicians recorded it for the In Focus series, and it appeared again on last year’s European tour. Friday’s rendition maintained the group’s characteristic light and effortless playing, each section blending as much as possible to echo the work’s original form as a string quartet. At fifteen minutes total, the piece is quite short, but the dense encoded musical meanings require some extra-attentive listening. Splitting up the three movements ensured that each one could be appreciated on its own. END_OF_DOCUMENT_TOKEN_TO_BE_REPLACED